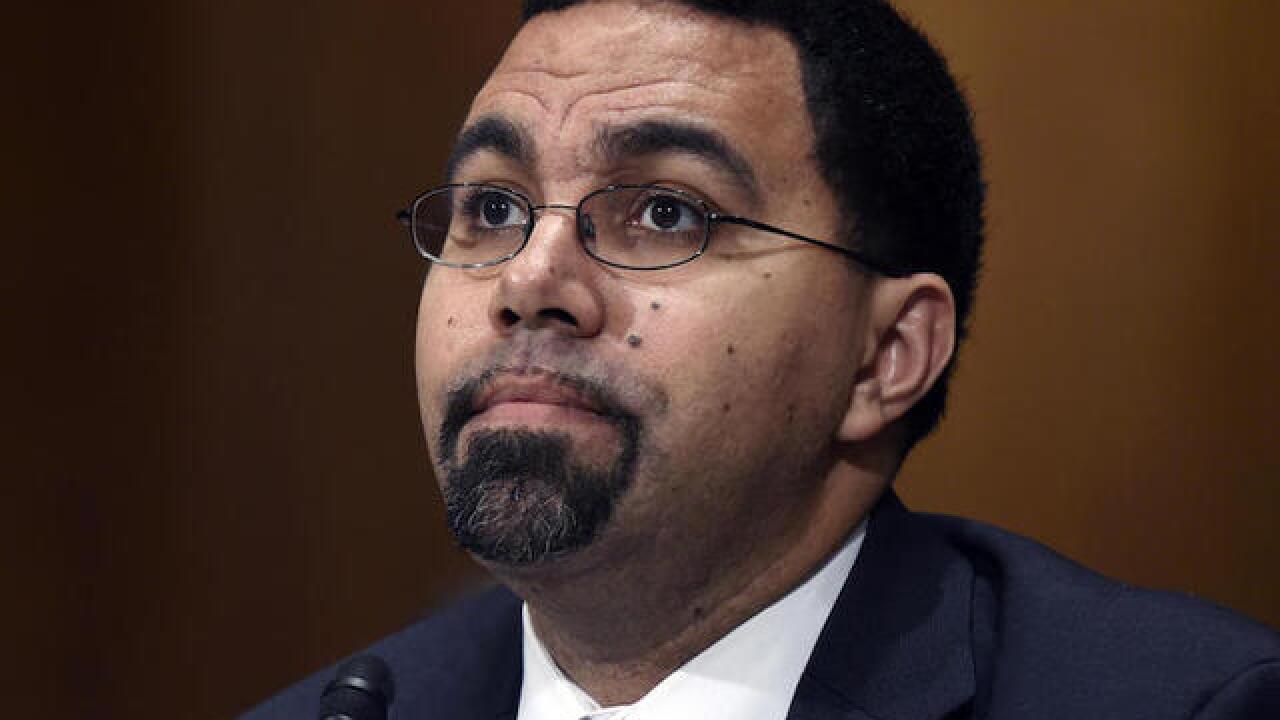 WASHINGTON (AP) — Proposed federal guidelines would allow states to decide how to use a mix of test scores, academic growth and other measures like chronic absenteeism to identify failing schools and children who are struggling the most.

The draft rule released Thursday spells out a broad framework for states to consider as they design new accountability systems to improve schools and narrow achievement gaps.

"We expect states and local school districts to set high standards for all students, regardless of their background, and to identify schools, or groups of students, who are not performing well," Education Secretary John B. King Jr., said in prepared remarks for a school visit later Thursday. "Where entire schools have been struggling for years, we expect decisive steps to achieve substantial improvement."

The proposed rule is the next step in the implementation of the bipartisan education law passed by Congress and signed by President Barack Obama in December. The law revamps the widely criticized No Child Left Behind Act and returns to states more control over schools and education policy. One key provision of the law is a shift back to states on how schools are held accountable for how they educate their students. Another provision requires more transparency with parents and communities about how their schools are performing.

Sen. Lamar Alexander, chairman of the Senate Health, Education, Labor and Pensions Committee, said he would review the draft rule to ensure if abides by lawmakers' wishes to "restore responsibility to states, school districts, and teachers to design their own accountability systems."

Alexander, a chief architect of the new education law, said he was disappointed that the proposal seemed to include provisions that Congress had rejected. He did not elaborate, but said he would try to overturn the regulation if the final version "does not implement the law the way Congress wrote it."

King planned to discuss the new regulations with White House Domestic Policy Council Director Cecilia Muñoz during a visit to the J. C. Nalle Elementary School in Washington. The school has been involved in successful turnaround efforts in recent years.

Under the new law, states may design accountability systems that consider measures beyond test scores and high school graduation rates. The proposed regulations say states may decide what weight to give to each of those indicators of success — and others such as school climate, chronic absenteeism and parent surveys — as long as they measure the performance of all students, including "sub-groups of students" such as racial minorities, kids from low-income families, and special education students.

The accountability plans would have to be submitted to the Education Department for review by July 2017.

Under the proposed rule, states must identify failing schools at least once every three years. Those considered most in need would be:

—the lowest-performing 5 percent of schools

—high schools with graduation rates below 67 percent for all students

For the lowest-performing schools, states and school districts would have to come up with their own turnaround plans, "selecting evidence-based strategies tailored to local needs."

States would also have to assign a "comprehensive, summative rating for each school to provide a clear picture of its overall standing," the rule says.

On transparency, states and districts would have to work with parents to design new, multi-level and comprehensive ratings systems for schools and performance. The ratings would go beyond a "pass" or "fail" benchmark and would also include information on how well English-language learners are doing, as well as specific information about how much money districts are spending per student. The ratings would have to be made available to parents and others, each year, and no later than December 31.

Federal money for school improvements would continue to be set aside for the schools most in need.