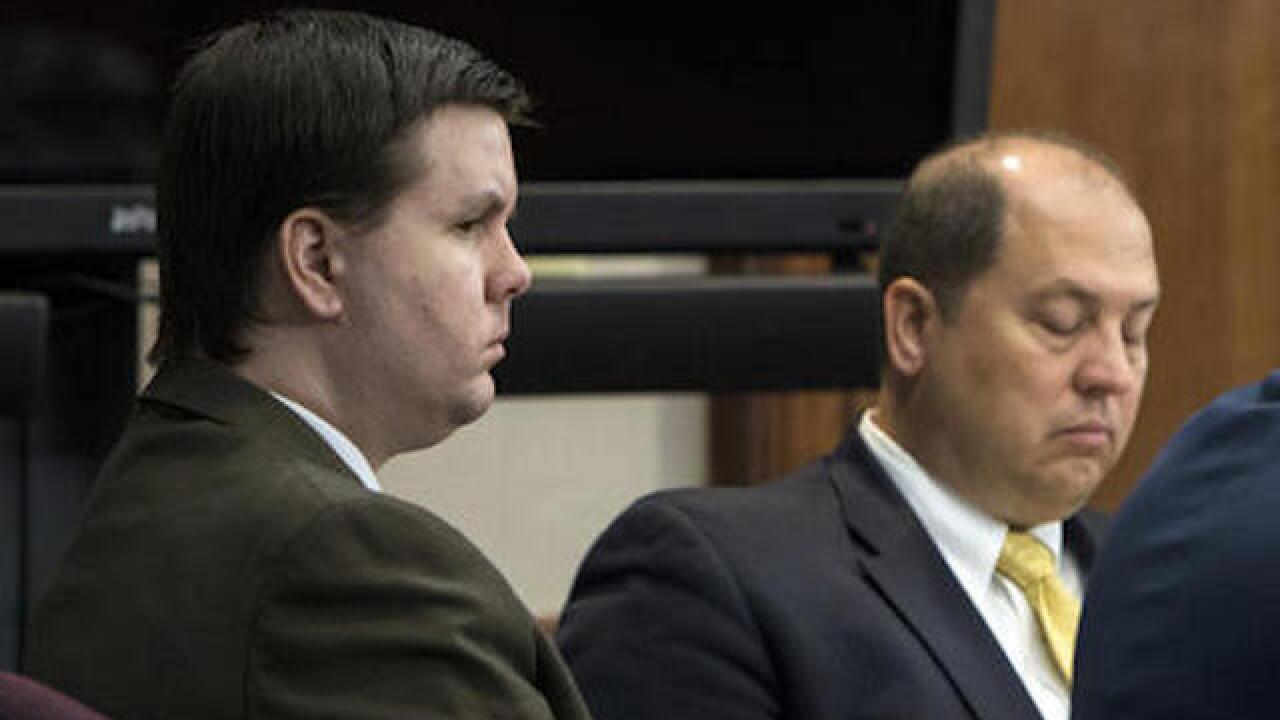 BRUNSWICK, Ga. (AP) — A Georgia man swapped sexual text messages with a teenage girl while his toddler son sat dying in the back seat of the father's sweltering SUV, his young texting partner testified in court Friday.

Jurors at the trial of Justin Ross Harris also watched police video Friday of Harris just a few hours after his 22-month-old son, Cooper, died. In a police interrogation room, Harris and his wife discuss having more children. Before that, Harris tells detectives: "I'm a great father."

Harris, 35, is charged with murder in the little boy's death. He's also charged with sending graphic, sexual text messages and photos of his penis to a girl for a period of several months when she was 16 and 17.

"When it started, it was strictly sexual," the witness said of her relationship with Harris. "Then at times it would be like a normal conversation."

They never met in person, but Harris knew her age and that she was in high school, the young woman testified. She sent him one of her prom photos, she said, and would tell him about her efforts to choose a college.

In a transcript of their text messages that the young woman read in court, Harris once asked for a photo of her breasts and she replied: "I'm at school."

They also discussed sex acts they wanted to perform together, and Harris would send her photos of his penis. A prosecutor showed four photos to the jury. She said he asked her to send him photos of her genitals "countless" times, but she never did.

"There wasn't any pressure applied to you to participate in this, is that fair to say?" defense attorney Maddox Kilgore asked the young woman.

Prosecutor Chuck Boring noted that Georgia law makes the girl's consent irrelevant because she was a minor.

The Associated Press doesn't identify victims of sex crimes and isn't identifying the young woman, who was underage when the explicit messages were sent. The judge also has barred news organizations from broadcasting her voice and likeness to protect her identity.

Prosecutors say Harris, who had moved to metro Atlanta from Alabama in 2012, killed his young son intentionally because he wanted to escape the responsibilities of being a husband and father. Several women have testified to having sexual relationships with Harris, online and in person, while he was married.

Authorities say Harris' son died June 18, 2014, after being left in his car seat for about seven hours while Harris was at his job as a web developer for Home Depot. Harris had taken his son to eat breakfast that morning. His defense attorneys called the death a tragic accident, saying Harris forgot to drop Cooper off at daycare and drove straight to work.

That day, Harris was texting the teenage girl from his workplace, according to transcripts read in court Friday. At about 2 p.m., he asked for a photo of her breasts.

"I'm super sunburned," the witness read from the transcript, saying she sent a photo regardless.

Hours later, after Harris pulled his dead son from his SUV, he was taken to Cobb County police headquarters. Jurors saw video Friday of Harris sobbing as he waited to speak with detectives.

Harris appears more composed as he talks with detectives. He calmly debates with them after being told he will be charged with child cruelty, a felony.

That evening, police recorded Harris in the same interview room with his wife, Leanna. It's their first meeting since their son died. She tries to comfort Harris as he weeps.

Near the end of the 40-minute video, she asks Harris if he will be willing to have more children.

"I want to have a family," Harris says, before adding, "I'm just going to miss him."

Harris' wife was granted a divorce earlier this year.

Harris' trial was moved from Cobb County in the Atlanta suburbs, to the coastal port city of Brunswick because of pretrial publicity. The judge told jurors Friday she expects the trial, which began Oct. 3, to last three to four more weeks.