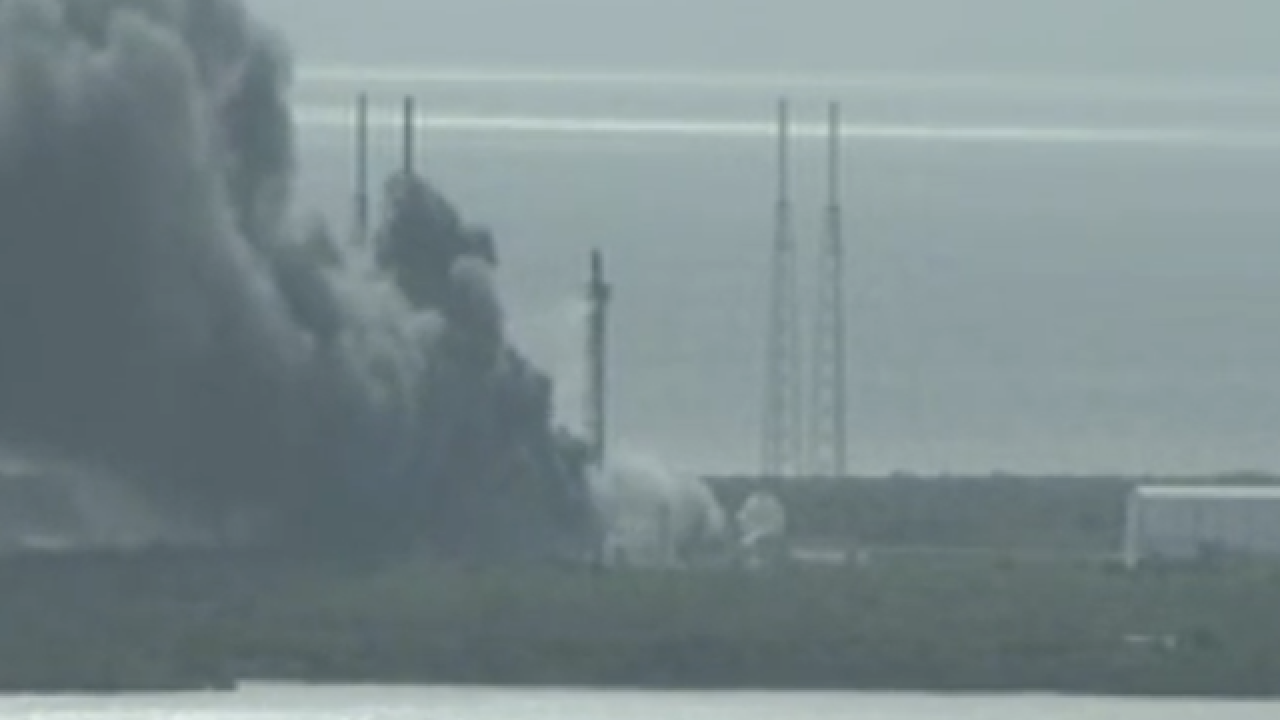 <p>Screen shot of video from NASA via Storyful News </p>

"SpaceX can confirm that in preparation for today's standard pre-launch static fire test, there was an anomaly on the pad resulting in the loss of the vehicle and its payload," the company's Twitter account read. "Per standard procedure, the pad was clear and there were no injuries."

SpaceX CEO Elon Musk tweeted that the company is still looking for the cause.

According to The Associated Press, NASA said SpaceX was doing a routine test firing of an unmanned rocket set to send an Israeli satellite into space this weekend.  The rocket and communications satellite it was carrying were both destroyed, according to SpaceX.