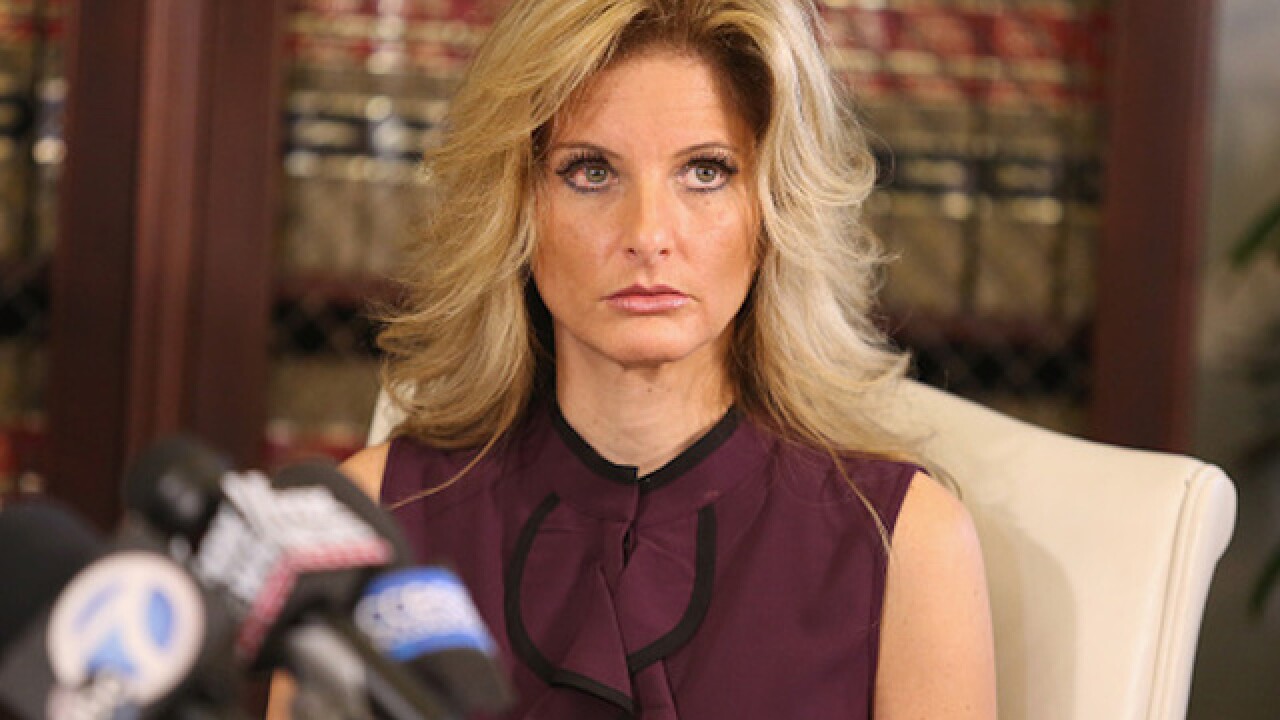 Copyright 2018 Scripps Media, Inc. All rights reserved. This material may not be published, broadcast, rewritten, or redistributed.
Frederick M. Brown
LOS ANGELES, CA - OCTOBER 14: Summer Zervos, a former candidate on ¬ìThe Apprentice¬î season five, who is accusing Donald Trump of inappropriate sexual conduct, speaks to the press with her attorney Gloria Allred October 14, 2016 in Los Angeles, California. This is the first time the accuser has spoken publicly about the alleged incident. (Photo by Frederick M. Brown/Getty Images)

A New York appeals court has denied a motion by President Donald Trump's attorney to stay the Summer Zervos defamation case pending appeal, meaning the gathering of evidence known as "discovery" can move forward as both parties await a ruling on the appeal.

Zervos, a former "Apprentice" contestant, filed a lawsuit against Trump in January 2017 in which she alleged that Trump defamed her in 2016 after she said he sexually assaulted her in 2007.

Trump's lawyer, Marc Kasowitz, is appealing the March 20 ruling by New York Supreme Court Justice Jennifer Schecter, who allowed the case to go forward. He wants the appellate court to revisit the matter of whether the Constitution's Supremacy Clause bars a state court from hearing an action against a sitting president -- what would be considered immunity, because it would make the President immune from suit. Schecter ruled it does not. Kasowitz also argues that Schecter erred in denying the President's motion to dismiss or delay the case on First Amendment grounds.

Kasowitz said his motion should be granted on the grounds that New York and federal law both mandate a stay pending appeal, that proceeding with the case could irreparably harm Trump, and that the temporary suspension being sought was not designed to delay the case. But the Appellate Division of the New York Supreme Court denied his motion in a one-page ruling.

"We look forward to proving Ms. Zervos's claim that defendant lied when he maliciously attacked her for reporting his sexually abusive behavior," said Zervos' attorney, Mariann Meier Wang. Kasowitz did not immediately respond to a request for comment on the ruling.

Earlier this month, Zervos' team issued subpoenas to Metro-Goldwyn-Mayer and the Beverly Hills Hotel as part of their effort to prove that Trump lied "when he falsely denigrated Ms. Zervos and denied sexually assaulting her," Wang said. She set a May 31 deadline for both companies to comply with the subpoena for the material requested.

MGM owns the archives of "The Apprentice" and Wang wants the company to hand over all documents, video or audio that feature Zervos or Trump talking about Zervos and any recording in which Trump speaks of women in a sexual or inappropriate manner. Wang also wants to depose an MGM representative to inquire about how recordings of "The Apprentice" are stored and maintained, who has access to them, and when, if ever, they were transferred or destroyed.