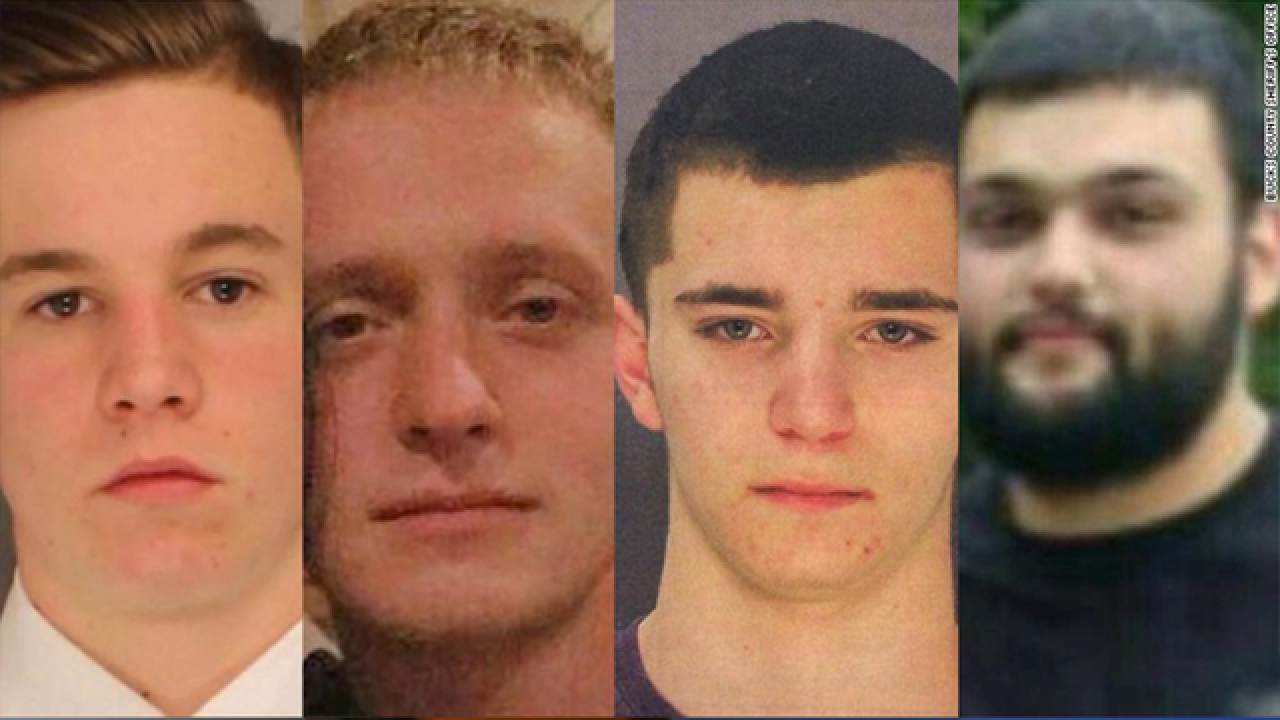 Cosmo DiNardo, 20, admitted "his participation or commission in the murders of the four young men," attorney Paul Lang said.

The lawyer declined to say whether DiNardo killed the four men who went missing last week, kicking off a multi-agency search that rattled this community.

In exchange for DiNardo's confession, Bucks County prosecutors promised not to seek the death penalty, Lang said. The Bucks County District Attorney's Office did not respond Thursday to defense counsel statements; a briefing is scheduled for 11 a.m. Friday.

Co-counsel Michael Parlow said DiNardo is cooperating with the investigation. "The family feels horrible. They are very upset for the families of these boys," he told CNN.

DiNardo was arrested earlier this week on charges stemming from the investigation. His family owns the suburban Philadelphia property where human remains were found Wednesday in a 12-foot-deep common grave.

Lang said that DiNardo told police where the four bodies are located.

The body of one of the missing men, 19-year-old Dean Finocchiaro, was found in the grave, Bucks County District Attorney Matthew Weintraub said earlier Thursday. The rest of the remains have yet to be identified.

"We are going to bring each and everyone one of these lost boys home to their families, one way or another," Weintraub said.

In an interview with the Associated Press, a person with firsthand knowledge of a man’s confession to killing four missing Pennsylvania men says the man killed them separately after selling them marijuana and then burned their bodies at his family’s farm. The source said that DiNardo felt "cheated or threatened" during the drug transactions.

"The person spoke to The Associated Press on the condition of anonymity because he wasn’t authorized to publicly discuss details of the case. The person says a co-conspirator was involved in three of the killings," the article states.

19-year-old Dean Finocchiaro, 22-year-old Mark Sturgis, 21-year-old Tom Meo and 19-year-old Jimi Taro Patrick. Patrick, who was a year behind DiNardo at a Catholic high school for boys, was last seen on Wednesday, while the other three vanished two days later.

Finocchiaro and the three others went missing over several days last week within miles of each other.

The first to vanish was 19-year-old Jimi Patrick of Newtown Township. He was last seen at 6 p.m. on July 5. He was reported missing the next day after he had no contact with friends or family.

Police say the Loyola University Maryland student didn't show up for work as a beer runner at a restaurant-bar in nearby Doylestown, CNN affiliate WPVI-TV said.

"He was on the shyer side, but you would get a smile out of him, a little conversation," bartender Jennifer Albrecht told WPVI.

Close friends Sturgis and Meo were last seen near the Doylestown area, CNN affiliate KYW-TV reported. Both young men did not go to work on Saturday, police said.

Meo's girlfriend told investigators that she had been texting with him on Friday until just before 7 p.m. After that, she had no contact with Meo, which was "out of the ordinary and not common," court documents said.

The men's disappearances have shaken the community. About 100 residents and reporters gathered at a shopping mall a few miles from the property waiting for updates about them.

"We've been monitoring everything on Twitter. We wanted to be supportive and comforting for our community," said Bucks County resident Wyatt McLeod.

The multi-agency investigation into centered on a farmland property in Solebury Township owned by Antonio and Sandra DiNardo. The DiNardo family owns a cement and construction company called Cosan LLC.

While the search intensified, DiNardo was arrested Tuesday for allegedly trying to sell Meo's 1996 Nissan Maxima the day after Meo was reported missing.

Data from a police license plate reader captured DiNardo's pickup and Meo's car driving in Solebury Township within seconds of each other at 7:49 p.m. Friday, court documents said.

Meo's vehicle was found at a separate property owned by the DiNardo family, a day after authorities said DiNardo attempted to sell Meo's car to a friend for $500, according to a criminal affidavit.

The car was still registered to Meo and had not been legally exchanged. The keys and title to the vehicle were folded up and hanging on a wall inside a garage on the property, the affidavit said.

Meo is a diabetic, yet his life-saving diabetic kit was still in the vehicle, Weintraub said.

DiNardo had been arrested Monday on an unrelated charge of firearm possession stemming from a February offense, Weintraub said. He was prohibited from possessing a firearm because he had a mental illness and had been involuntarily committed to a mental institution for inpatient care, court documents said.

A judge dismissed the charge in May, but the Bucks County district attorney's office authorized police to reinstate and refile charges last month.

DiNardo was released Tuesday evening after his father paid 10% of his $1 million bail in cash. By Wednesday, DiNardo was arrested again for one count each of theft and receiving stolen property. He is being held on $5 million bail.

Earlier in the week, the family issued a statement through another attorney, Fortunato Perri Jr.

"As parents, Mr. and Mrs. DiNardo sympathize with the parents and families of the missing young men and they are cooperating in every way possible with the investigation being conducted by law enforcement," the statement said.

For five days, dozens of law enforcement officers searched the farmland owned by DiNardo's parents. Large makeshift tents were set up across the property as investigative teams dug for evidence using large machinery. \

Earlier Thursday, the district attorney said he was encouraged by the pace of the investigation he called "massive" in scope.

Susan Mangano and her teenage daughters said this quiet community has not seen anything like this before.

"We live here, we pass by, we saw the helicopters," Mangano said. "As a parent, it's been sickening to watch this. I have kids this age. It's just devastating."