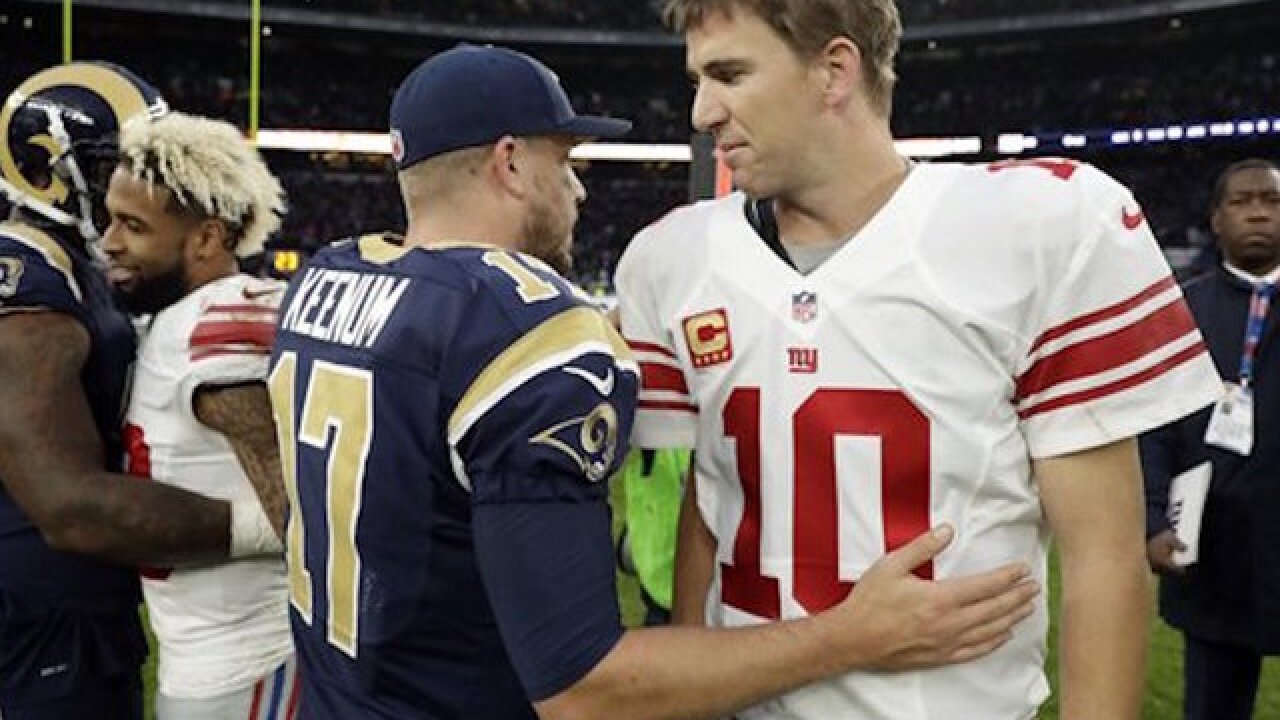 LONDON (AP) — Eli Manning says he wasn't using Donald Trump's name in order to signal an audible during the New York Giants' victory over the Los Angeles Rams in London on Sunday.

The Giants quarterback was caught by microphones yelling out something that sounded a lot like "Trump" ahead of a snap in second quarter of the 17-10 win. The play was a run up the middle that gained a yard.

Some on Twitter speculated that the call was a signal for blockers to form a wall for the ball carrier in reference to the Republican presidential nominee's plan to build a wall along the border between the U.S. and Mexico.

Manning denied saying Trump's name after the game, telling reporters that they have a call that's "very similar."