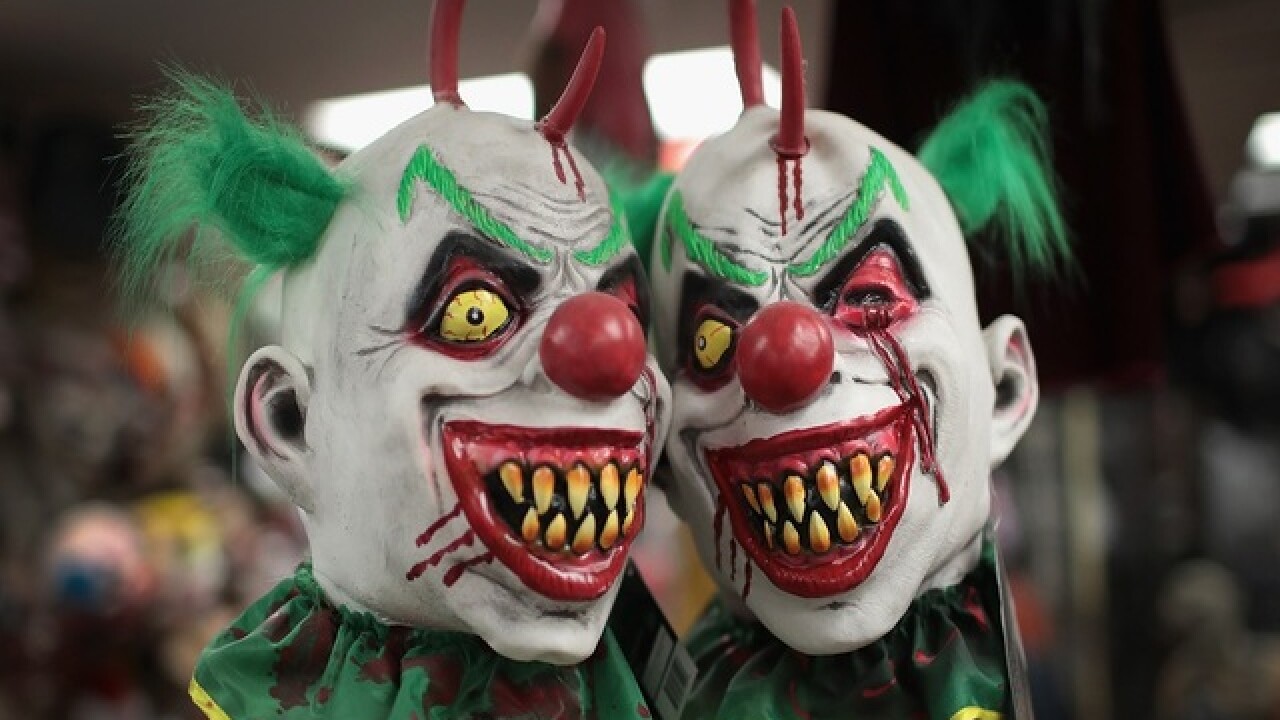 Creepy clowns appear to have become a national crisis in recent days, prompting a Mississippi county to make dressing one as temporarily illegal.
In fact, if you’re caught publicly dressing as a clown in Kemper County, you could face a $150 fine – at least until Halloween is over, Time reports.
The ordinance passed Monday makes it unlawful for people in Kemper County to wear a clown costume, a clown mask or even clown makeup in public.
Kemper County Board President Johnny Whitsett told a local paper, the Messenger, that the recent clown phenomenon – which has resulted in school threats and even attacks -- has gotten “out of hand.”
Beginning Nov. 1, the ordinance will no longer be in effect in Kemper County.
Copyright 2016 Scripps Media, Inc. All rights reserved. This material may not be published, broadcast, rewritten, or redistributed.