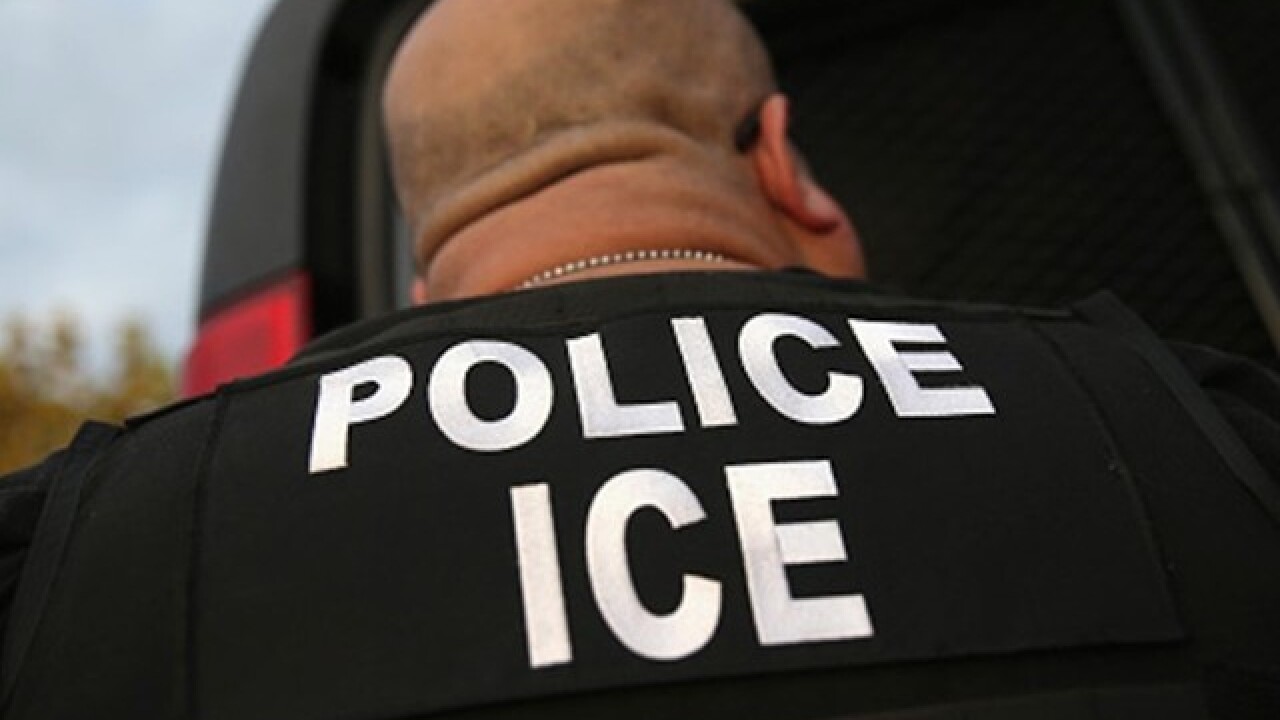 Sen. Jeff Merkley released a document Tuesday showing a transfer of nearly $10 million from the Federal Emergency Management Agency to US Immigration and Customs Enforcement, and accused President Donald Trump's administration of diverting funds from hurricane relief just as hurricane season was starting.

However, the document from the Department of Homeland Security specifically mentions the money would come from the agency's budgets for travel, training, public engagement and information technology work. The department denies that the money came from disaster relief funding.

Merkley, a Democrat from Oregon, said on MSNBC's "Rachel Maddow Show" that the administration is taking money from "response and recovery" and "working hard to find funds for additional detention camps."

"I would dispute the statement that this has no bearing on ... addressing the challenges from hurricanes," Merkley said.

CNN received a copy of the document from Merkley's office. It details the effects the transfer would have on FEMA's operations and from where in the budget the money would come.

"FEMA will curtail training, travel, public engagement sessions, IT security support and infrastructure maintenance, and IT investments in the legacy grants systems for transition to the Grants Management Modernization Program," the document reads.

Merkley was one of the first lawmakers to bring the family separation crisis on the southern border of the United States into pubic view, when he tried to visit a detention facility in June and was turned away. He has continued to be a critical voice on the Trump administration's immigration policy, which included separating families at the border when the administration decided to criminally detain individuals caught crossing the border illegally.

The document shows the amount transferred from FEMA to ICE is a sliver of the agency's budget.

The transfer from FEMA to ICE is less than 1% of FEMA's overall budget. FEMA's budget originally was $1.03 billion, and the amount transferred was about $9.755 million.

The document does confirm that the money would be spent on ICE's detention facilities.

"Without the transfers and reprogramming identified in this notification, ICE will not be able to fulfill its adult detention requirements in (fiscal year) 2018," the document reads.

"Under no circumstances was any disaster relief funding transferred from @fema to immigration enforcement efforts," Houlton said on Twitter. "This is a sorry attempt to push a false agenda at a time when the administration is focused on assisting millions on the East Coast facing a catastrophic disaster."

He added, "The money in question -- transferred to ICE from FEMA's routine operating expenses -- could not have been used for hurricane response due to appropriation limitations. DHS/FEMA stand fiscally and operationally ready to support current and future response and recovery needs."

The transfer from FEMA to ICE was a part of a $201.88 million shift in money toward ICE's detention facilities by the Department of Homeland Security.

Insufficient funding could require ICE to "release any new book-ins and illegal border violators," and prevent ICE from deporting those who have violated immigration laws, the document reads. FEMA and nine other agencies under the Department of Homeland Security had approximately 1% taken from their budgets to be put toward ICE's detention facilities.

"ICE could also be forced to reduce its current interior enforcement operations, curtailing criminal alien and fugitive arrests -- which would pose a significant risk to public safety and national security," the document reads.

House lawmakers were told about the decision to make the payment in late July.

Arizona Democratic Rep. Ruben Gallego told CNN following a meeting between DHS Secretary Kirstjen Nielsen and the Congressional Hispanic Caucus on July 25 that each DHS department would be contributing toward ICE's detention activities.

"As an overall, the meeting was long on excuses and on misrepresentations and short on information and solutions ... one thing we do know, they are taking 1% of every DHS department and putting that towards family detention and family separation," Gallego said.