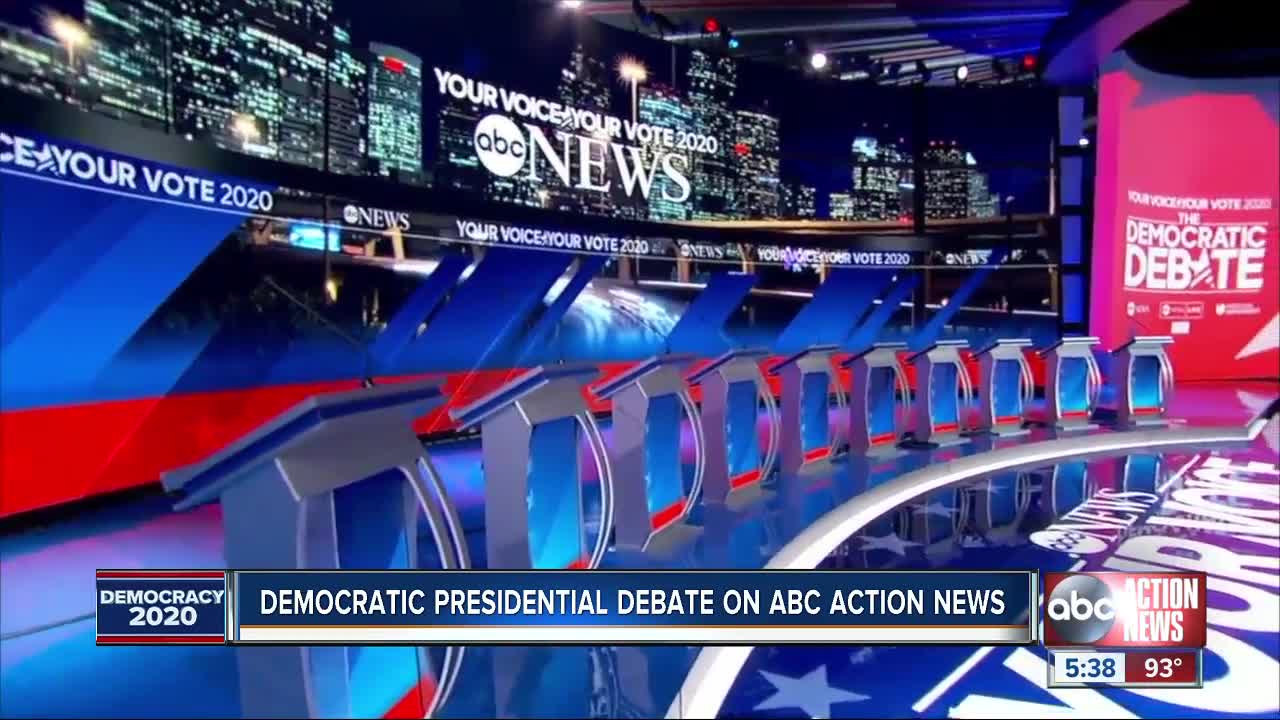 The top Democratic presidential contenders will finally be on one debate stage Thursday in Houston as Joe Biden tries to solidify his early lead over Bernie Sanders and Elizabeth Warren. 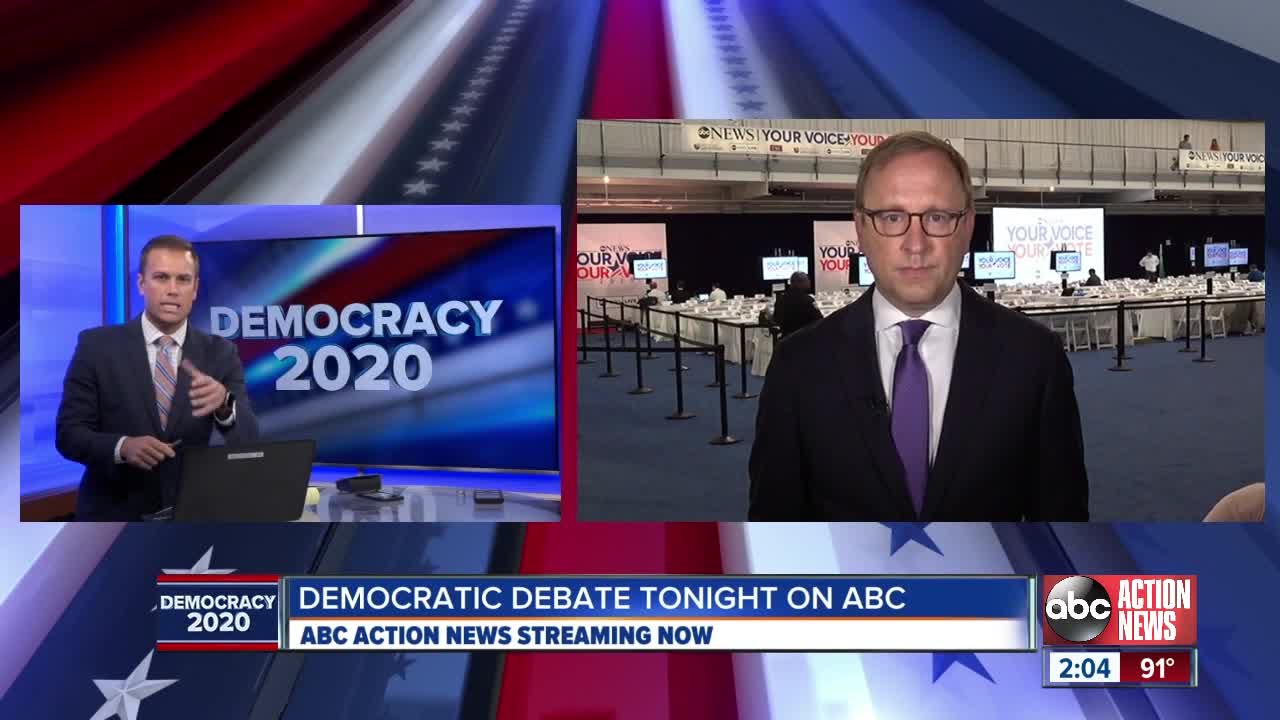 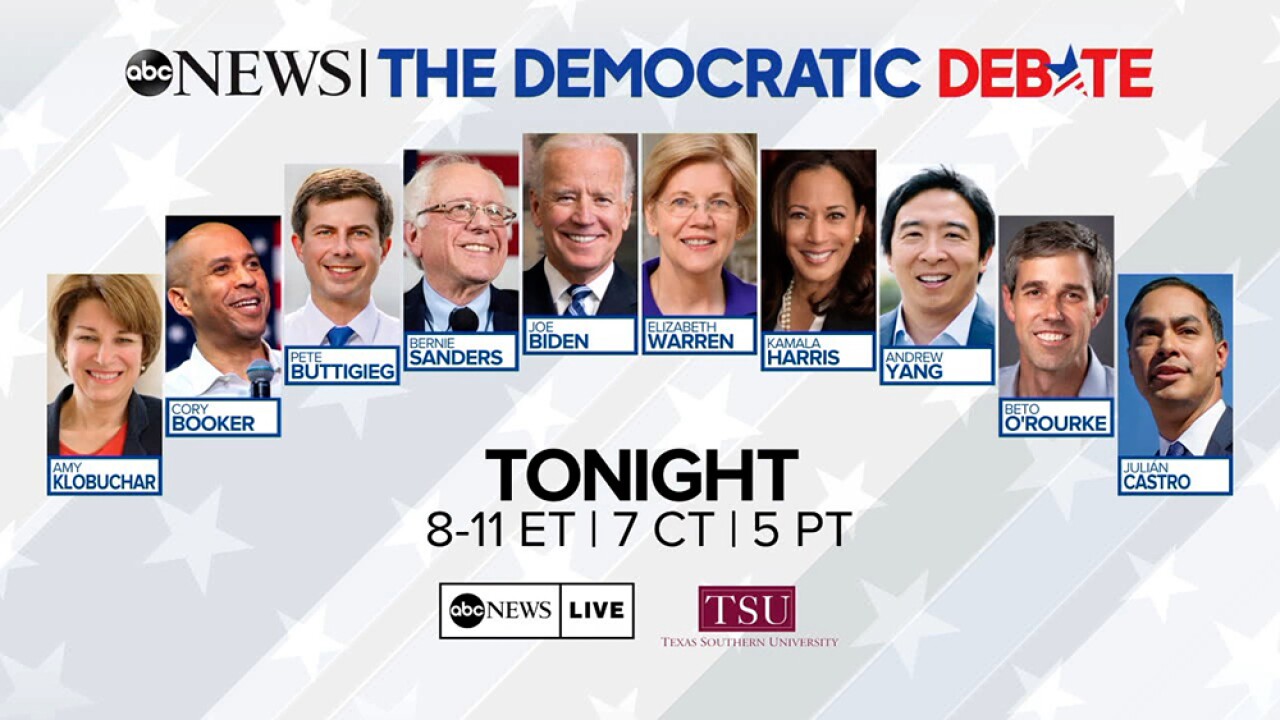 HOUSTON (AP) — The top Democratic presidential contenders will finally be on one debate stage Thursday in Houston as Joe Biden tries to solidify his early lead over Bernie Sanders and Elizabeth Warren.

Kamala Harris and Pete Buttigieg (BOO'-tuh-juhj) will look to reclaim some lost momentum.

The ABC News debate has 10 candidates altogether and will air on a broadcast network with a post-Labor Day uptick in interest in the race. That could give candidates their largest audience yet as the campaigning heads into the fall.

It's also the first time Warren and Biden will appear on the same stage.

But the campaigns say that doesn't necessarily mean the three-hour debate will end up being a direct clash between the progressive Massachusetts senator and the more centrist former vice president.

The candidates on stage qualified by having 130,000 unique donors by Aug. 28, and earning 2 percent in four polls that sample voters nationally or in the states of New Hampshire, Iowa, Nevada, or South Carolina.

A large field of candidates did not qualify for Thursday's debate. Candidates who appeared in previous debates such as Rep. Tim Ryan, Mayor Bill DeBlasio, Gov. Steve Bullock, author Marianne Williamson, Sen. Michael Bennet, Rep. John Delaney and Rep. Tulsi Gabbard failed to qualify. The aforementioned candidates have until Oct. 1 to qualify for the next debate in October. Activist Tom Steyer, who has not yet appeared in a debate, has recently qualified for the October debate, meaning the next debate could revert back to a two-night format.

Gun control could be a major issue

Although gun control has been discussed at the two previous debates, there have been several mass shootings since the Detroit debate in July. Two of those mass shootings took place in Texas -- the same state hosting Thursday's debate.

Like how health care was a central issue at the last debate, it would make sense that gun control will be a key discussion point on Thursday.

One issue that has also gained more attention since the last debate is the United States' discussion on leaving Afghanistan. President Donald Trump reportedly called off peace negotiations with Taliban rebels in Afghanistan amid a rise in violence in the country the U.S. has occupied since 2001. Yes, this has been an issue for now the fifth election cycle, but still an important one.