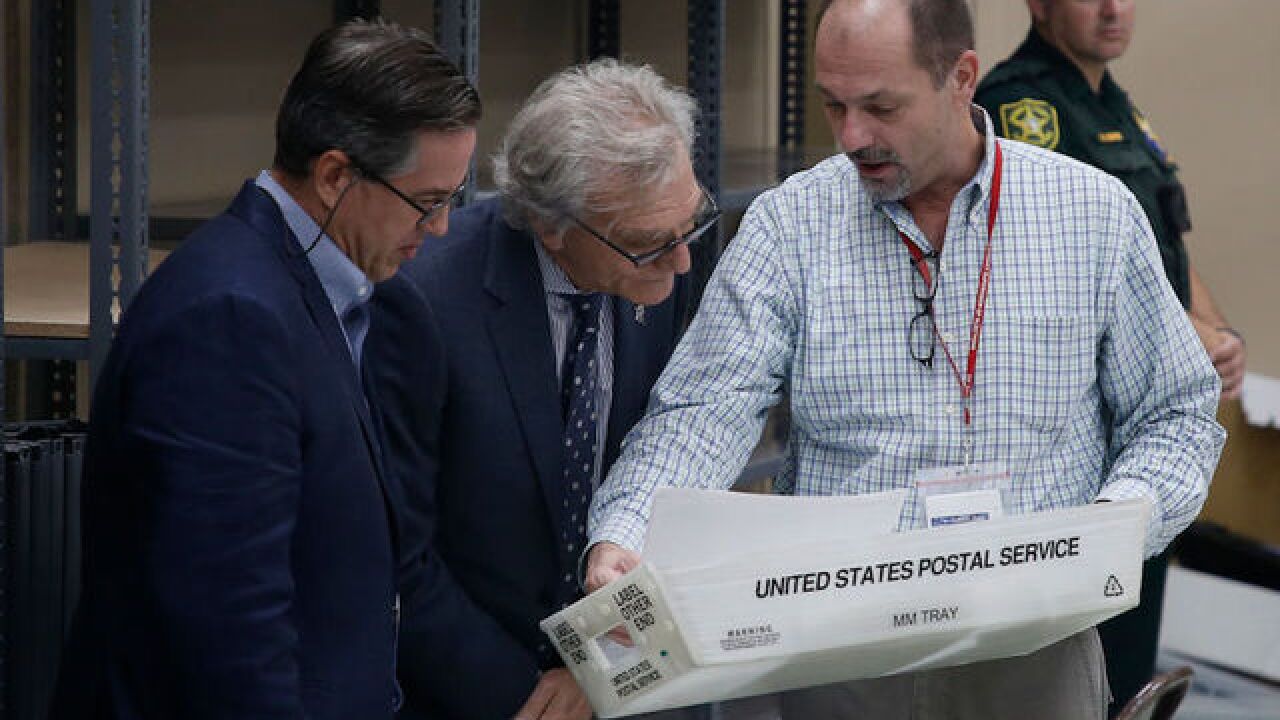 Image copyright 2018 Getty Images. All rights reserved. This material may not be published, broadcast, rewritten, or redistributed.
Joe Skipper
<p>An elections official, right, shows party observers results of voting machine calibrations prior to the start of a recount of all votes at the Broward County Supervisor of Elections Office on November 11, 2018 in Lauderhill, Florida. A statewide vote recount is being conducted to determine the races for governor, Senate, and agriculture commissioner.</p>

Florida Republican Attorney General Pam Bondi issued a pair of letters Sunday taking issue with the lack of criminal investigations tied to the state's elections after the Florida Department of State said it found no allegations of criminal activity.

Despite the lack of any criminal allegations referred by the Department of State, Bondi said law enforcement should look into election activities in two key counties and directed Florida Department of Law Enforcement Commissioner Rick Swearingen "to take the necessary steps to promote public safety and to ensure that our state will guarantee integrity in our elections process."

"I am deeply troubled by your announcement that you will not pursue any investigation or inquiry into clearly documented irregularities in the conduct of election officials in Broward and Palm Beach counties in the 2018 election," Bondi wrote to Swearingen.

The letter to Secretary of State Ken Detzner called on him to report "any indication creating a reasonable suspicion of potential criminal activity" to law enforcement. Detzner is a Republican appointed by GOP Gov. Rick Scott, who is trying to unseat Democratic Sen. Bill Nelson.

Florida began a recount of three statewide races this weekend after the initial results showed tight margins in the races for senator, governor and state agriculture commissioner.

Scott added further litigation on Sunday to the growing series of complaints less than a week out from Election Day. His campaign announced complaints against the election supervisors for Broward and Palm Beach counties, the latter of which told CNN separately the county would not finish its recount by the imposed deadline.