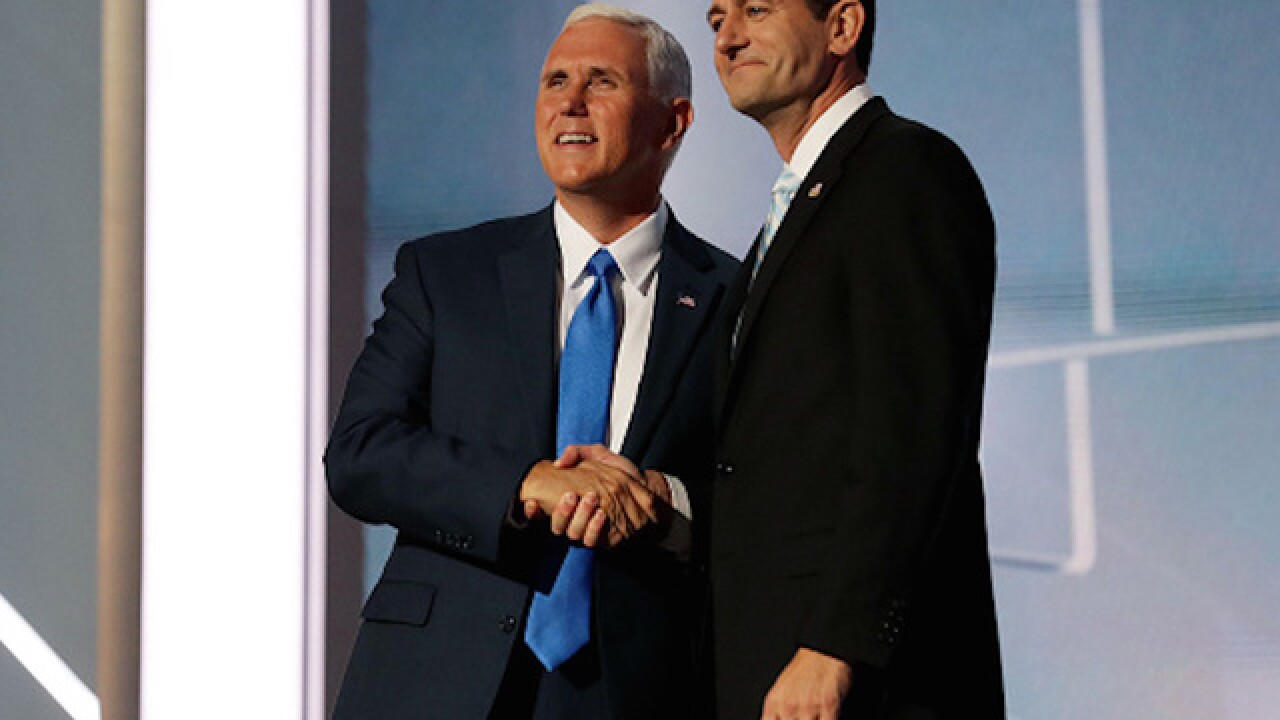 Chip Somodevilla
<p>CLEVELAND, OH - JULY 20: Speaker of the House Paul Ryan shakes the hand of Republican Vice Presidential candidate Mike Pence as he walks on stage to deliver a speech on the third day of the Republican National Convention on July 20, 2016 at the Quicken Loans Arena in Cleveland, Ohio. (Photo by Chip Somodevilla/Getty Images)</p>

Pence said in a phone interview with Fox News Channel that he's pleased to endorse Ryan.

The move comes a day after Trump said in an interview that he's "just not quite there yet" when it comes to backing Ryan, who has at times been critical of Trump's most controversial comments.

Pence says that he spoke with Trump Wednesday morning about his "support for Paul Ryan and our longtime friendship."

He says Trump, "strongly encouraged me to endorse Paul Ryan in next Tuesday's primary. And I'm pleased to do it."