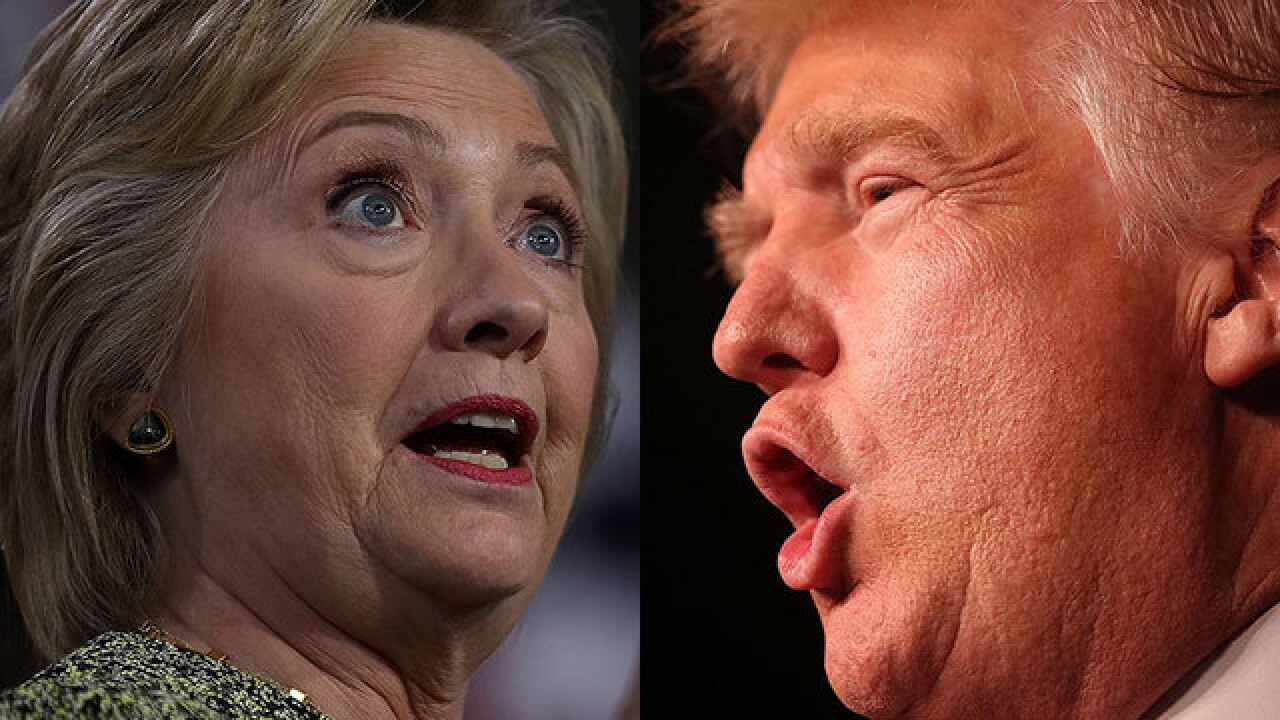 NEW YORK (AP) — Hillary Clinton and Donald Trump are meeting separately with Israel's Prime Minister Benjamin Netanyahu on Sunday in sessions that could set the tone for relations between the allied countries during the next presidential administration.

Trump met Sunday with Netanyahu for over an hour at his residence in Trump Tower in Manhattan, according to Israeli and campaign officials. Clinton also was expected to meet with the prime minister in New York on the eve of the first debate between the candidates. The Israeli leader has sought to project neutrality this time after perceptions arose that he favored Mitt Romney over President Barack Obama in 2012.

The press was barred from covering the meeting between Netanyahu and Trump, but Trump's campaign said in a statement that the men, who have known each other for years, discussed "many topics important to both countries," including "the special relationship between America and Israel and the unbreakable bond between the two countries."

Among those topics: the nuclear deal with Iran, the battle against Islamic State militants, military assistance provided by the U.S. to Israel and other security issues.

"Trump recognized that Israel and its citizens have suffered far too long on the front lines of Islamic terrorism," the campaign said in a statement. "He agreed with Prime Minister Netanyahu that the Israeli people want a just and lasting peace with their neighbors, but that peace will only come when the Palestinians renounce hatred and violence and accept Israel as a Jewish State."

Trump also repeated his pledge to move the U.S. embassy to Jerusalem from Tel Aviv if he's elected to the White House.

"Mr. Trump acknowledged that Jerusalem has been the eternal capital of the Jewish People for over 3000 years, and that the United States, under a Trump administration, will finally accept the long-standing Congressional mandate to recognize Jerusalem as the undivided capital of the State of Israel," the campaign said.

That promise has been made in various forms since at least 1992. Congress three years later passed a law calling for the U.S. embassy to be moved to Jerusalem by 1999, but presidents of both parties always have waived the requirement. George W. Bush promised in 2000 to start the move "as soon as I take office," then didn't.

The pair also discussed "at length" Israel's use of a security fence to help secure its borders. Trump has proposed building a wall along the length of the southern border to keep out people and illegal drugs and often points to Israel as an example of how such barricades can be successful.

Netanyahu's office said in a statement in Hebrew that Israel's Ambassador to the U.S., Ron Dermer, and Trump's son-in-law Jared Kushner also participated in the meeting.

The one-on-one discussions follow what was likely Netanyahu's final meeting with Obama last week, capping what has been a sometimes rocky relationship between the leaders of the two allies.

The Obama administration has opposed Israel's push to expand settlements in the West Bank while Netanyahu has been a leading critic of the U.S. nuclear agreement with Iran. More recently, Netanyahu has urged Obama to avoid pushing for a Palestinian state in his final months in office.

Clinton has supported a negotiated two-state solution in the region, vowed to enforce the Iran nuclear agreement and help defend Israel's security. The former secretary of state suggested in an interview with Israel's Channel 2 earlier this month that the Islamic State group was "rooting for Donald Trump's victory" and he had helped strengthen the hands of extremists by his provocative statements about Muslims.

Trump has been a fierce critic of the Iran nuclear agreement and promised during a speech to AIPAC earlier this year that he would deepen ties between the two countries if he was elected president, adding the days of "treating Israel like a second-class citizen will end on day one." But he also raised eyebrows when he questioned Israel's commitment to a peace deal last year and said he didn't want to show any bias in favor of one side or the other.

The meetings will also come after the U.S. recently completed a 10-year, $38 billion military aid package for Israel. Clinton said in a statement that it would help "solidify and chart a course for the U.S.-Israeli defense relationship in the 21st century as we face a range of common challenges."