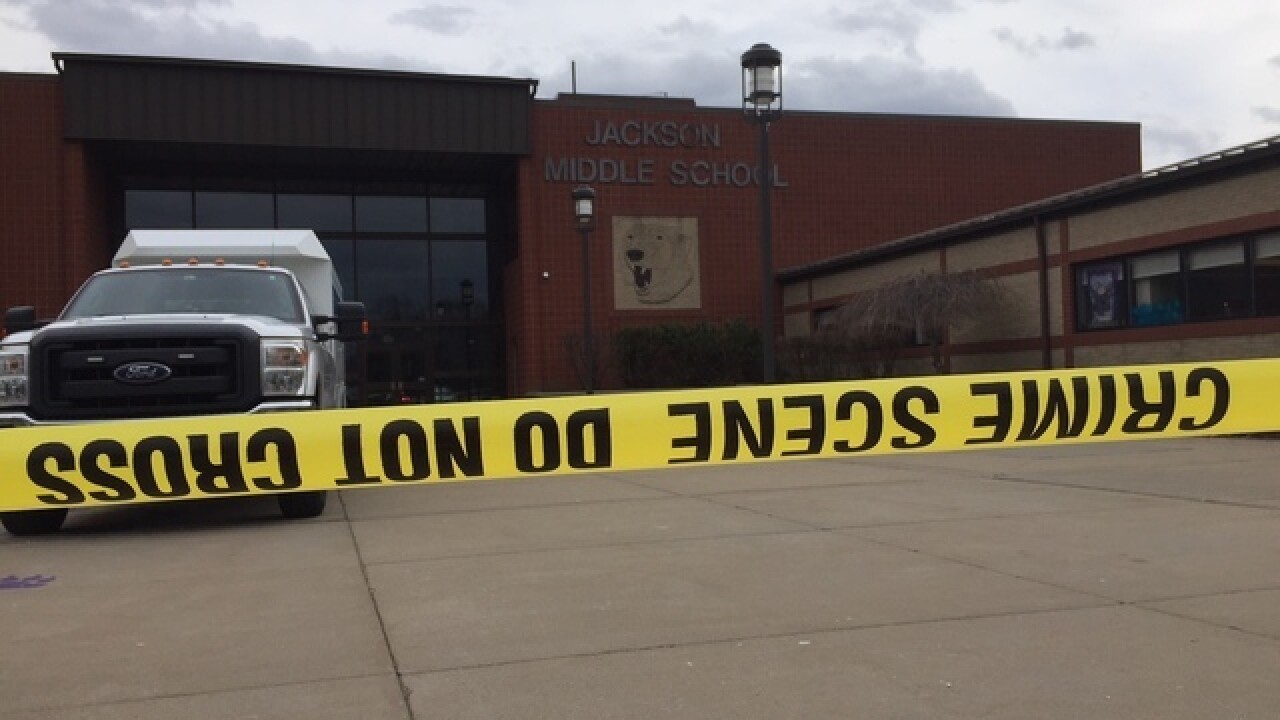 Authorities say a seventh grader who died by suicide inside a northeast Ohio middle school bathroom last week planned to carry out an attack on the school.

According to Jackson Township Police Chief Mark Brink, the Jackson Memorial Middle School student admired the Columbine shooters and had an eight-step plan to carry out an attack.

The boy "intended to conduct a school shooting and harm others," Brink said.

On Feb. 20, police responded to Jackson Memorial Middle School in Stark County after receiving a call about a student who had shot himself in the boy's bathroom.

According to the medical examiner's office, the boy died from a self-inflicted gunshot wound to the head.

Security cameras captured the 13-year-old on video coming out of the restroom with a .22 caliber semi-automatic rifle he had brought to school under his clothes. The boy went back inside the restroom and shot himself, police said.

Investigators said it doesn't appear the boy shared his plan with anyone else, and he did not really have a presence on social media.

Case of 13-year-old boy who shot himself inside Jackson Memorial Middle School has been ruled a suicide, according to the Summit County Medical Examiner. Boy passed away at Akron Children’s Hospital. @WEWS pic.twitter.com/JmlDIeLwbR

RELATED: 7th-grade student who shot self at Jackson middle school has died from injuries