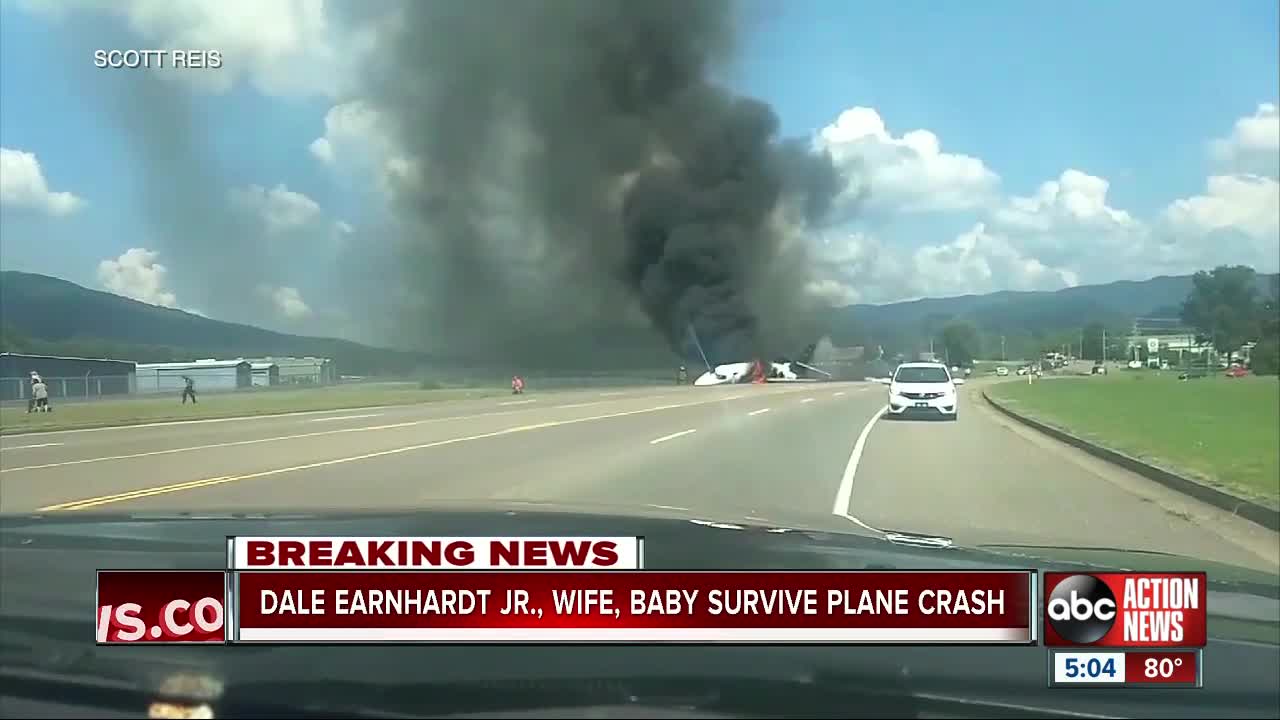 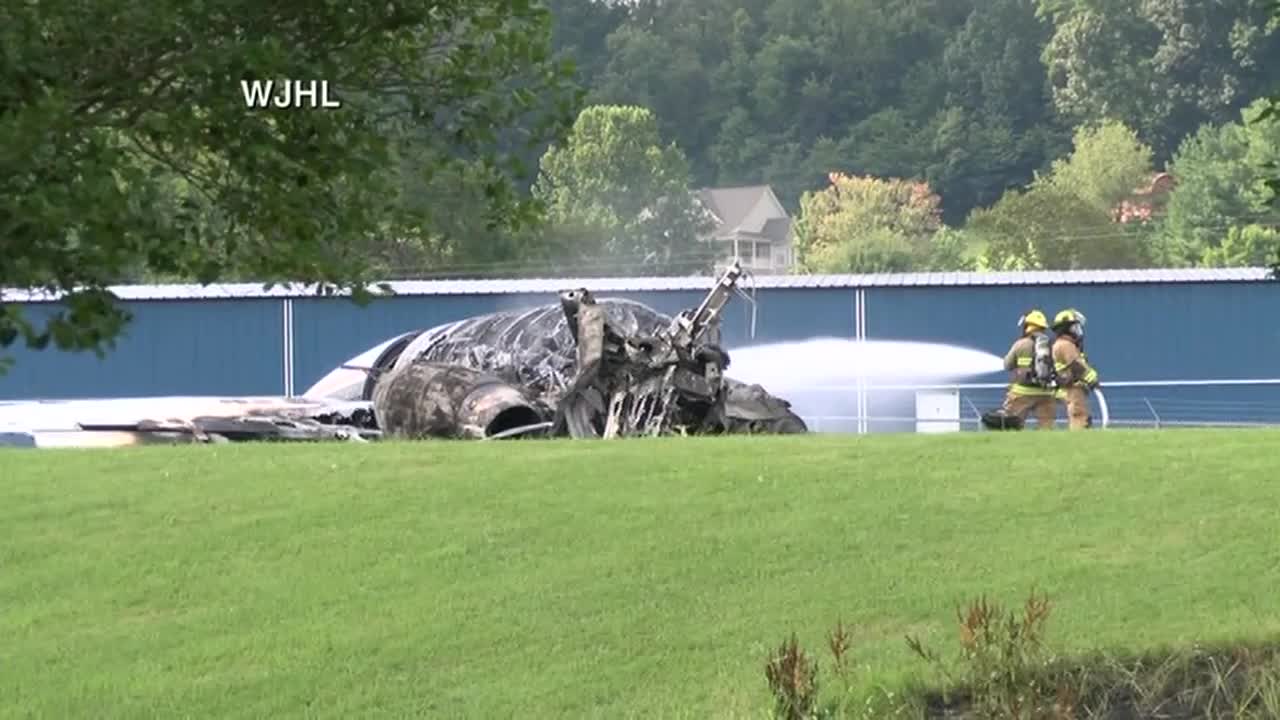 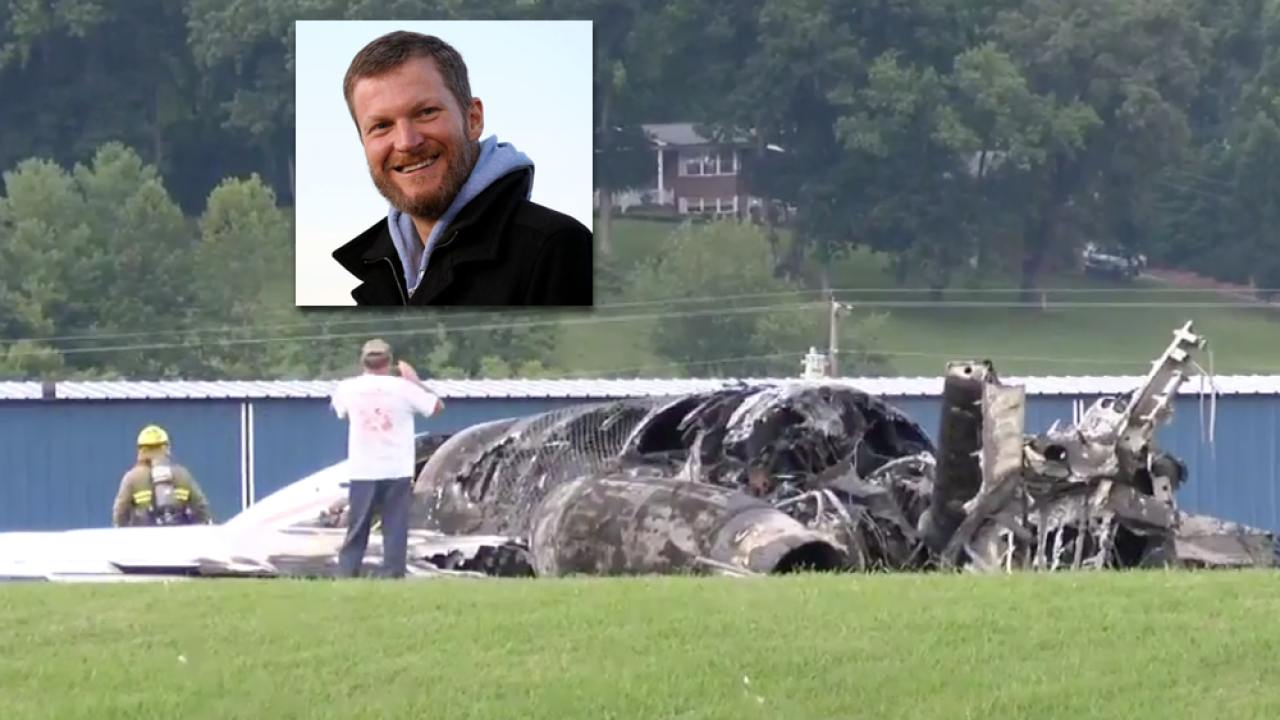 NASCAR legend Dale Earnhardt Jr. and his wife are OK after the plane they were flying in crashed in East Tennessee.

Airport Manager Dan Cogan said it ran off the end of the runway and caught fire.

I can confirm Dale, Amy & Isla along with his two pilots were involved in a crash in Bristol TN this afternoon. Everyone is safe and has been taken to the hospital for further evaluation. We have no further information at this time. Thank you for your understanding.

Elizabethton Fire Chief Barry Carrier said no one was injured.

Highway 91 at Industrial Drive was closed as emergency crews responded to the crash. The sheriff’s office asked locals to avoid the area.

This story was originally written by Rebekah Pewitt for WTVF.