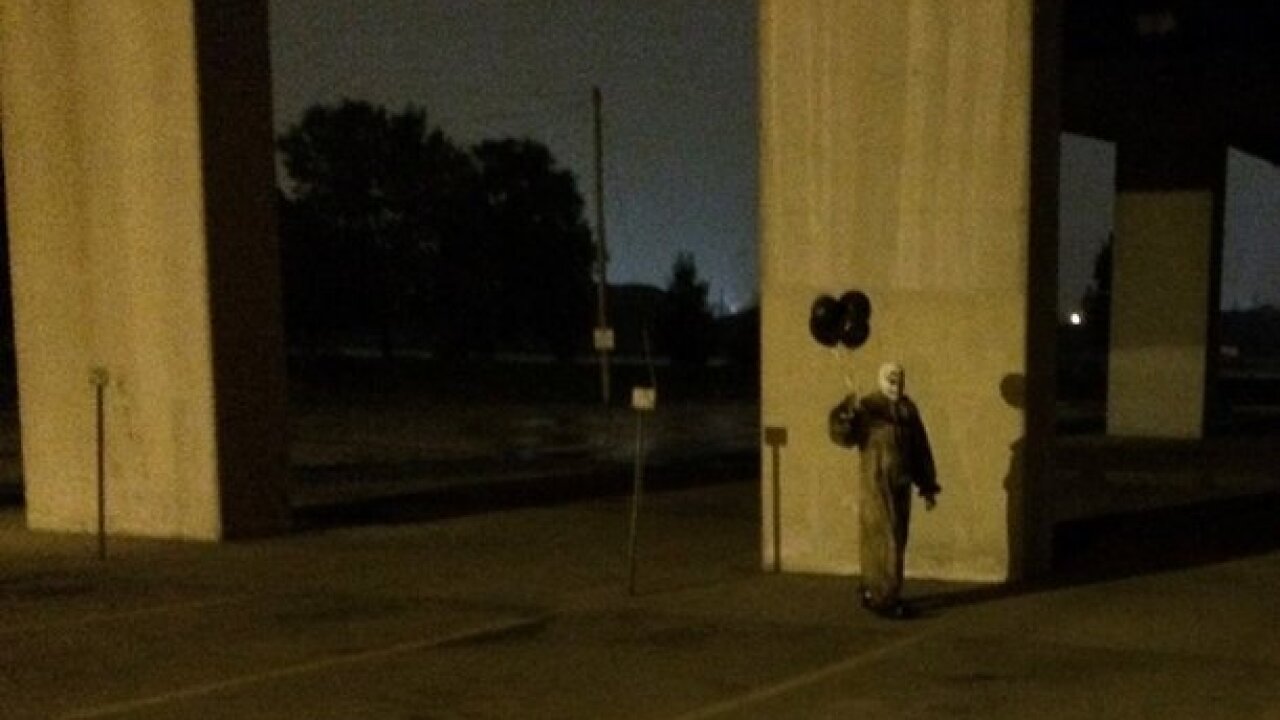 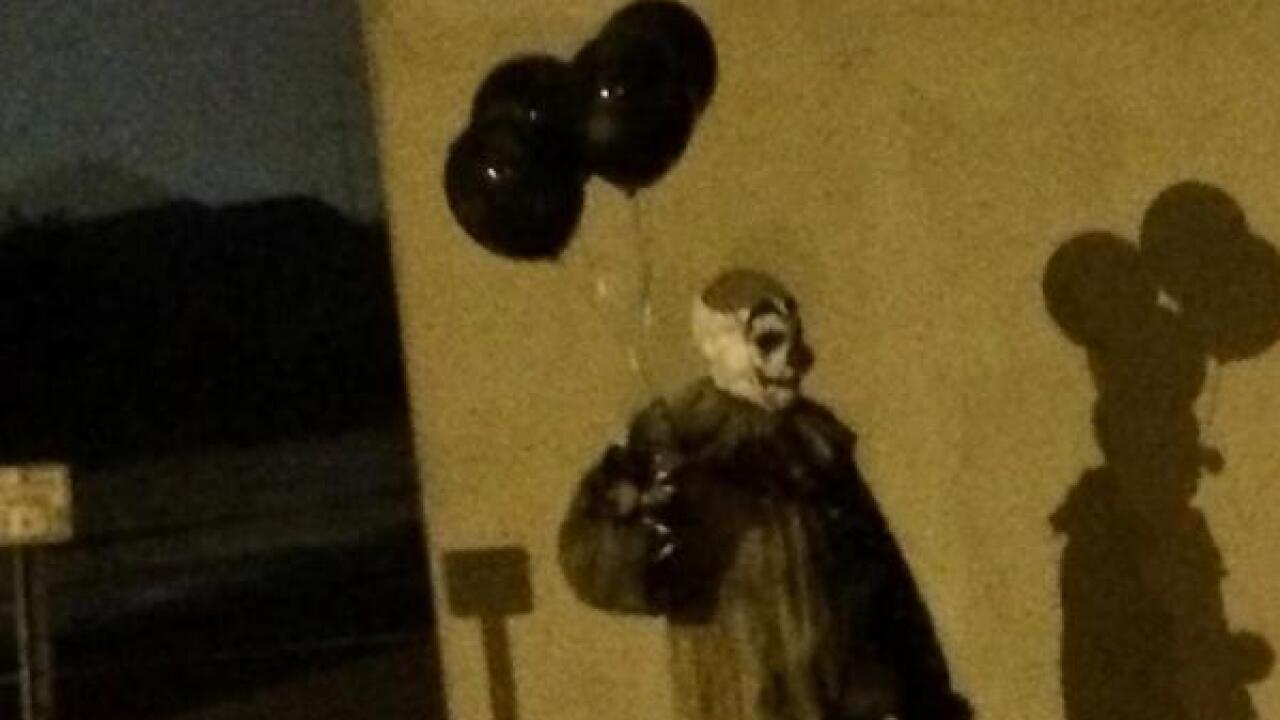 Police in Green Bay, Wisconsin, say they have received a number of calls after someone was spotted dressed up as a scary clown holding black balloons.

Meanwhile, someone has started a Facebook fan page for "Gags — The Green Bay Clown." It has several photos of the clown that it says were taken early Tuesday morning.

The clown is dressed in a dirty costume and is wearing white face paint or a mask. The clown is also holding four black balloons.

Green Bay police say despite the creepy images and costume, there's not much they can do about the clown.

Capt. Kevin Warych tells WGBA-TV, "A person can walk down the sidewalk dressed however they want as long as they're in a place they legally can be."