Psychologist analyzes why protesters may be pushing to reopen economy 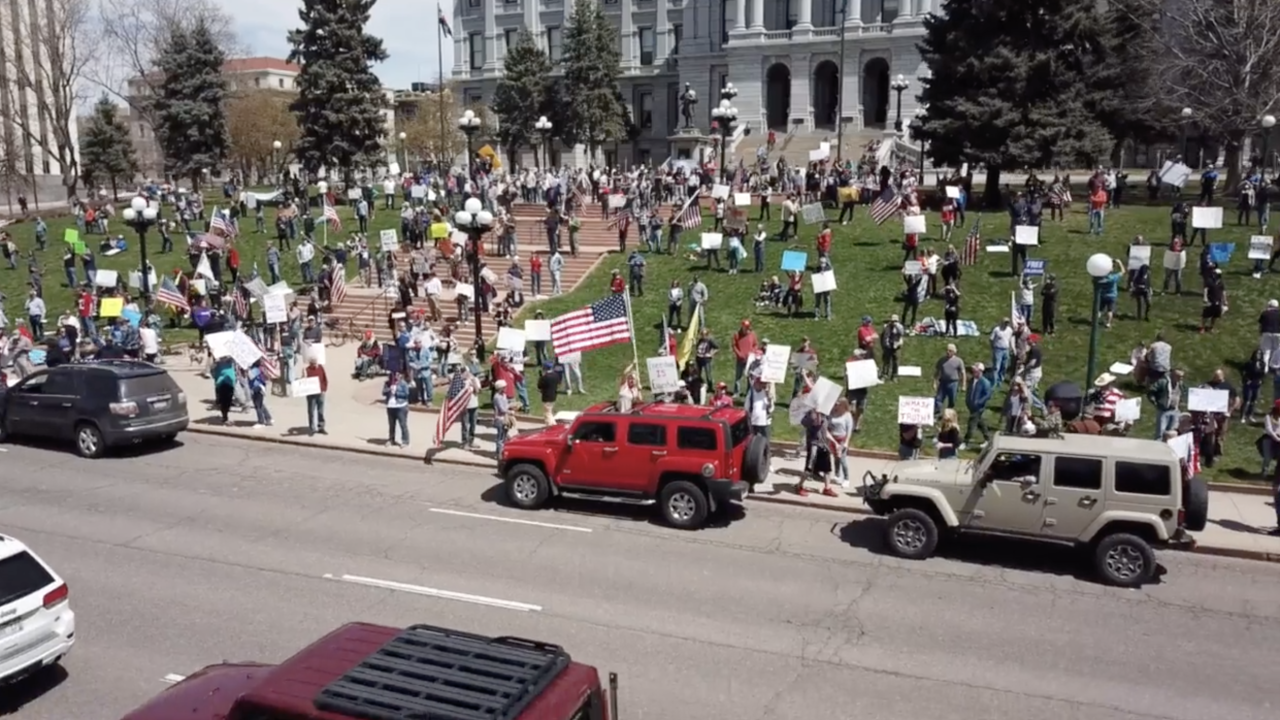 DENVER, Colo. – Across the country, groups of protesters are looking to reopen the economy by shutting down stay-at-home orders.

“We need to band together as Americans and ask that our voice be heard,” said a woman outside the Colorado State Capitol Building. “This is the only way to do and it’s our right to do it.”

Similar protests are happening more often with some people circling their cars around state capitols and calling mandatory quarantine measures too extreme.

“We need to bring awareness to the fact that there are more people hurting than the people that are infected with COVID that have symptoms,” said protester Justin Chavez.

In these times of uncertainty, mental health experts say more people are under a lot of stress.

Ropp says there’s a variety of motivations for protesting during a pandemic.

She added that some people are invested in the message while others get caught up in the chaos and need a group to identify with.

“Thinking in terms of ‘we’ instead of in terms of ‘I’ can be very powerful,” Ropp said. “If we’re not doing well individually, our groups can give us a little bit of a bump to say, ‘oh this is the group we are a part of and we’re great.’”

It’s a psychological outlook that Chavez strongly disagrees with.

“For us to be labeled, ‘oh, you know, you’re a group thinker,’ that makes no sense at all,” he said.

Some protesters say they’re committed to their cause, calling stay-at-home orders unconstitutional. Others see different groups bonded by different values, with all of them having hard times expressing their emotions.

Despite the differences, experts say we’re all in this together and that conversations need to happen and that all sides need to be heard.

It's an outlook Roberts strongly agrees with.