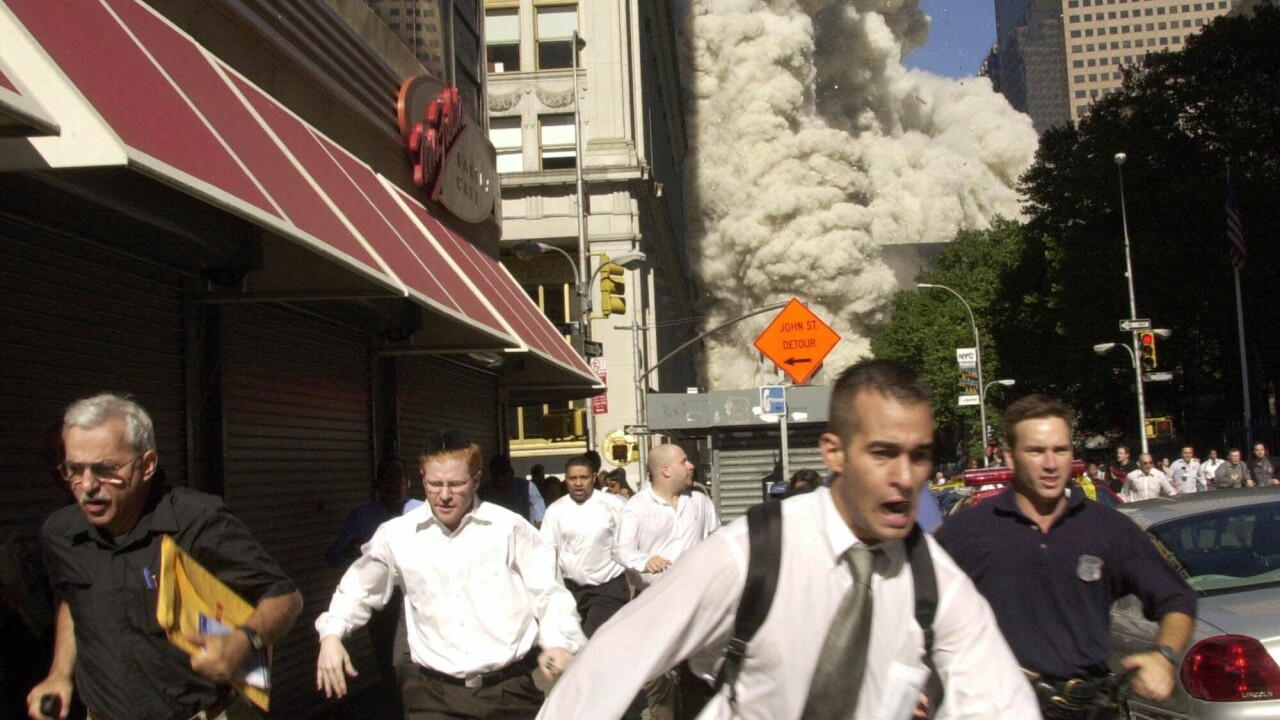 Copyright 2001 The Associated Press. All rights reserved.
Suzanne Plunkett/AP
FILE - In this Sept. 11, 2001, file photo, people run from the collapse of one of the twin towers at the World Trade Center in New York. Stephen Cooper, far left, fleeing smoke and debris as the south tower crumbled just a block away on Sept. 11, has died from coronavirus, his family said, according to The Palm Beach Post. (AP Photo/Suzanne Plunkett, File)

DELRAY BEACH, Fla. (AP) — A man photographed fleeing smoke and debris as the south tower of the World Trade Center crumbled just a block away on Sept. 11, 2001, has died from coronavirus.

The Palm Beach Post reports that Stephen Cooper died March 28 at in Delray Beach, Florida, due to COVID-19. He was 78.

The photo, captured by an Associated Press photographer, shows Cooper with a manila envelope tucked under his left arm.

He and several other men were in a desperate sprint as a wall of debris from the collapsing tower looms behind them.

The image was published in newspapers around the world and is featured at the 9/11 Memorial Museum in New York.