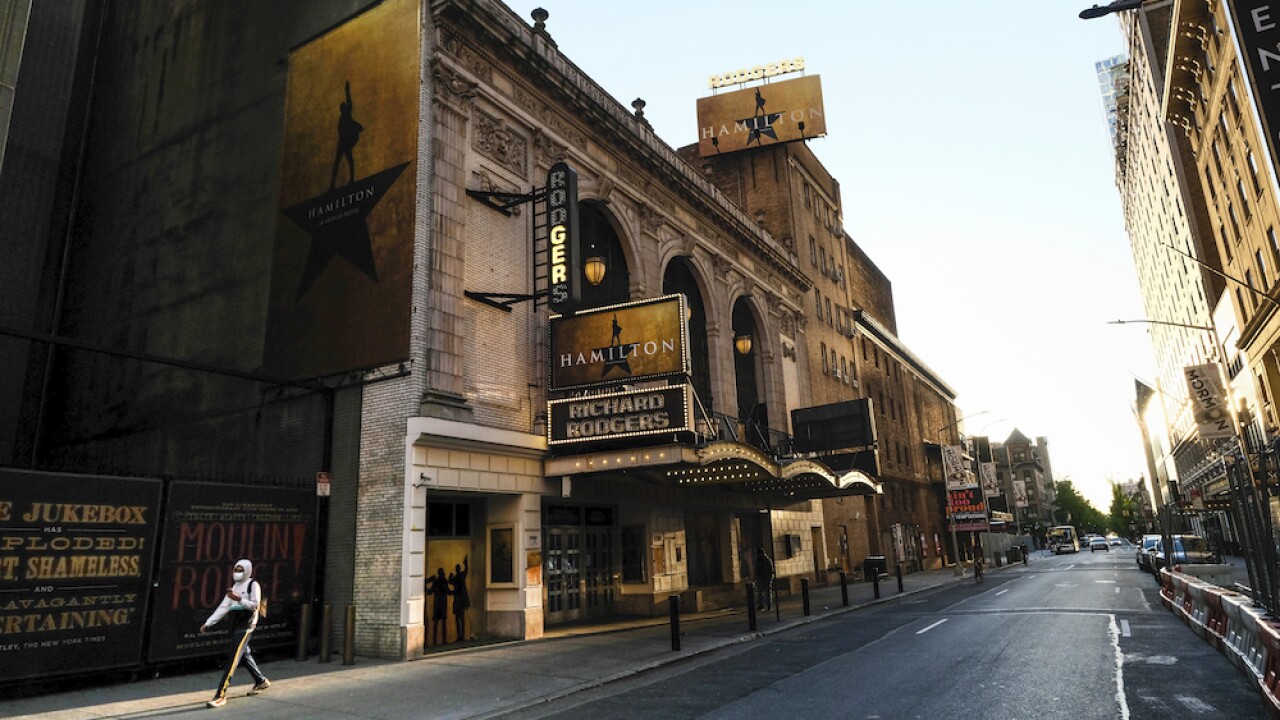 Invision
Evan Agostini/Evan Agostini/Invision/AP
FILE - In this May 13, 2020, file photo, "Hamilton: An American Musical" at the Richard Rodgers Theatre is closed during Covid-19 lockdown, in New York. The U.S. labor union that represents more than 51,000 theater actors and stage managers is blasting a proposal that would raise eligibility requirements for members to receive health care. The Equity-League Pension Health Fund on Thursday, Oct. 1, 2020, proposed hiking the number of weeks of employment needed to qualify for six months of health care coverage from 11 weeks to 16 weeks. The proposal would start on Jan. 1, 2021. (Photo by Evan Agostini/Invision/AP, File)

The Broadway League, the trade association that regulates theater performances in New York City, has said that all performances have been suspended until at least June 2021.

Anyone with tickets to Broadway shows before June 2021 "should contact their point of purchase" about exchanges and refunds, the association said.

“With nearly 97,000 workers who rely on Broadway for their livelihood and an annual economic impact of $14.8 billion to the city, our membership is committed to re-opening as soon as conditions permit us to do so. We are working tirelessly with multiple partners on sustaining the industry once we raise our curtains again,” Charlotte St. Martin the President of the Broadway League, said in a statement.

Broadway shows in New York have been shut down since March 12, when the COVID-19 pandemic began to take hold in the city. In May, Broadway League initially suspended all performances through Septemeber before extending the shutdown through the end of the year in June.