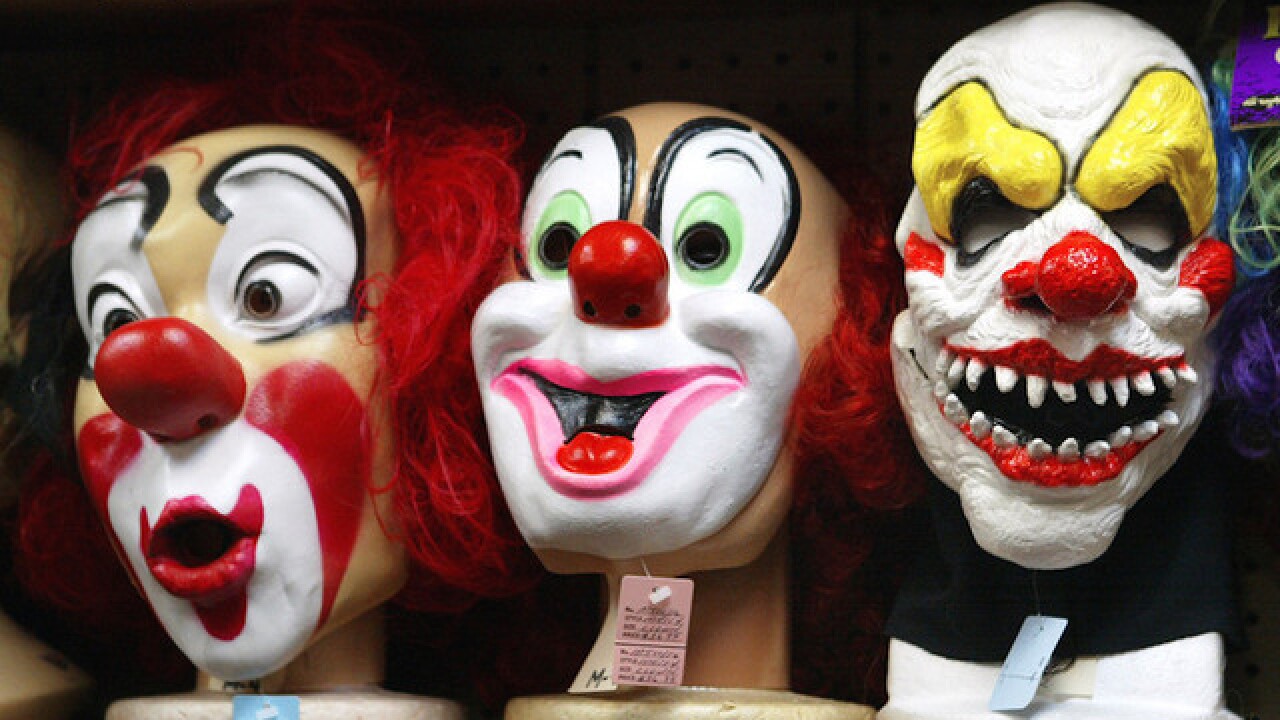 Copyright Getty Images
Tim Boyle
<p>CHICAGO - OCTOBER 17: Clown masks are displayed at the Fantasy Costumes HDQ. store October 17, 2003 in Chicago, Illinois. Halloween, the day normally observed with dressing up in disguise, trick-or-treating, and displaying jack-o-lanterns during the evening is only two weeks away on October 31. (Photo by Tim Boyle/Getty Images)</p>

AUBURN, Mass. (AP) — Police in Massachusetts say they plan to charge a father who wore a scary clown mask and followed his child's school bus.

Auburn police say some middle-school-age children were so scared that they hid under a backyard deck.

Police say the man followed the bus Tuesday. They posted a picture on their Facebook page Thursday saying they intended to seek charges of disorderly conduct and disturbing the peace. Because the charges have not been formally filed, the man's name was not made public.

Police wrote on Facebook: "We are hopeful that others will learn from this incident and not repeat these types of behaviors."

Police nationwide have been dealing with reports of clown sightings and hoaxes involving threats of violence by clowns.