Comey says FBI's reputation has worsened, but would have been even worse without him 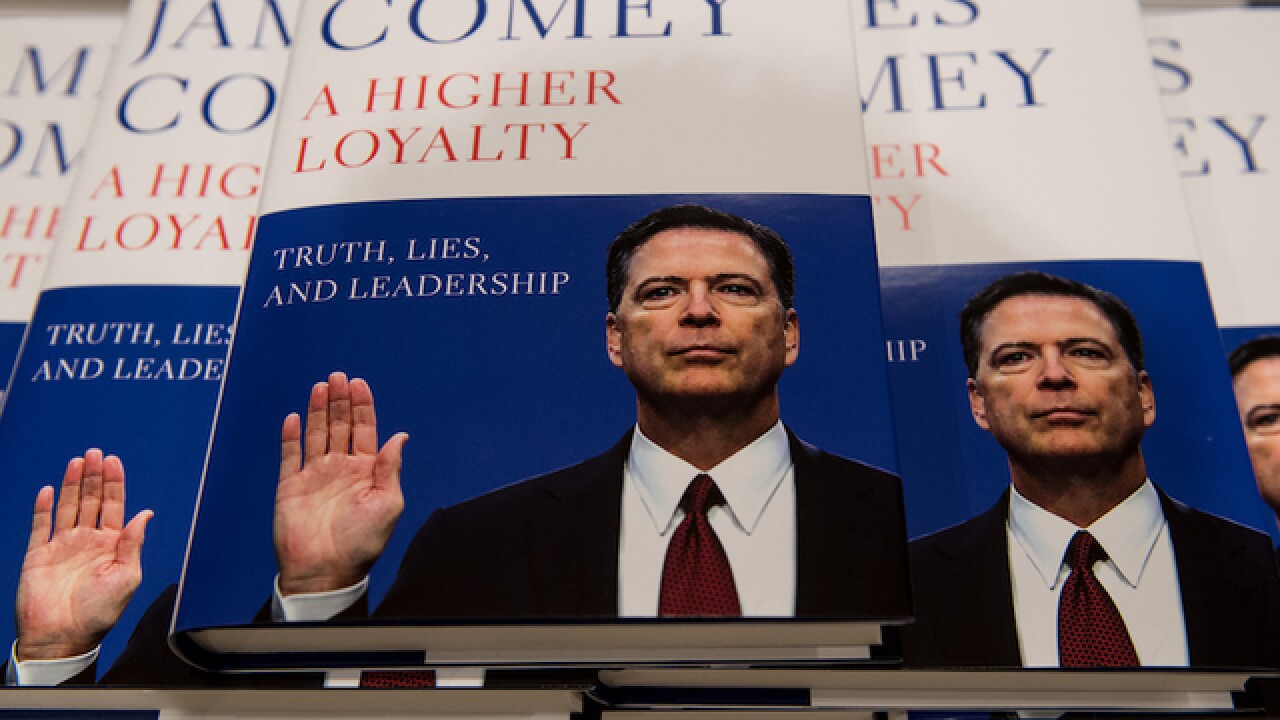 Copyright Getty Images
Chris J Ratcliffe
<p>LONDON, ENGLAND - APRIL 17: Copies of Former FBI Director James Comey's book are seen on display at Waterstone's, Piccadilly on April 17, 2018 in London, England. The former Federal Bureau of Investigations Director was fired by US President Donald Trump in 2017 and has since written his book 'A Higher Loyalty' about everything from his childhood to his time as FBI Director and his firing by the president. (Photo by Chris J Ratcliffe/Getty Images)</p>

Fired FBI Director James Comey said in an interview that aired Tuesday morning that the FBI's credibility is worse now than it was a few years ago but would be even worse had it not been for his actions leading the bureau.

"It's worse. But again, people can disagree about this. And people I respect will. But my judgment is it would be worse today had we not picked the least bad alternative," Comey said, speaking with NPR's "Morning Edition."

"I think the decisions that we had to make and lots of other follow-ons, sure, the Department of Justice's and the FBI's reputation has been hurt," he continued.

Comey, who was fired by President Donald Trump last year, also said that the Justice Department and the FBI are "under daily siege from the current president."

'This is not normal'

The President tweeted on Sunday that Comey should be jailed for allegedly leaking classified information to journalists and lying to Congress, though there's no evidence that Comey committed any wrongdoing or broke any laws. In his NPR interview, Comey referenced the President's comments, saying that the statements are "not normal."

"The President of the United States just said that a private citizen should be jailed. And I think the reaction of most of us was, 'meh, that's another one of those things.' This is not normal. This is not OK," Comey said.

He continued, "There's a danger that we will become numb to it, and we will stop noticing the threats to our norms. The threats to the rule of law and the threats most of all to the truth. ... And there's a great danger we'll be numbed into forgetting that, and then only a fool would be consoled by some policy victory."

Earlier this week during his first sitdown interview since being fired, Comey told ABC News that he believed Trump was "morally unfit" for office.

Obstruction 'may be there, it may not be'

Last year, Comey testified to Congress that Trump asked him to let go of pursuing further investigation into former White House national security adviser Michael Flynn, who had been fired.

Comey told NPR that the Oval Office interaction with the President "could be obstruction of justice." However, he added, "it would depend upon what the full scope of the evidence is with respect to intent, because obstruction of justice requires a demonstration of corrupt intent. And I'm just a witness when it comes to that particular incident, the February 14 incident."

"I don't know what the evidence is that the prosecutor and investigators have gathered with respect to intent," Comey remarked, referring to special counsel Robert Mueller's investigation.

"It may be there, it may not be. I just — it doesn't make sense, and I can't responsibly offer an opinion from my vantage point," Comey added, later saying that as a witness observing that conduct, "it could be obstruction of justice, but I don't know and can't say without a full piece of the picture."

The NPR interview marks one of many press appearances part of a promotional circuit for Comey's new book, "A Higher Loyalty," which was released Tuesday. CNN's Jake Tapper interviews Comey live on Thursday, and CNN's Anderson Cooper will host a town hall with Comey on April 25.