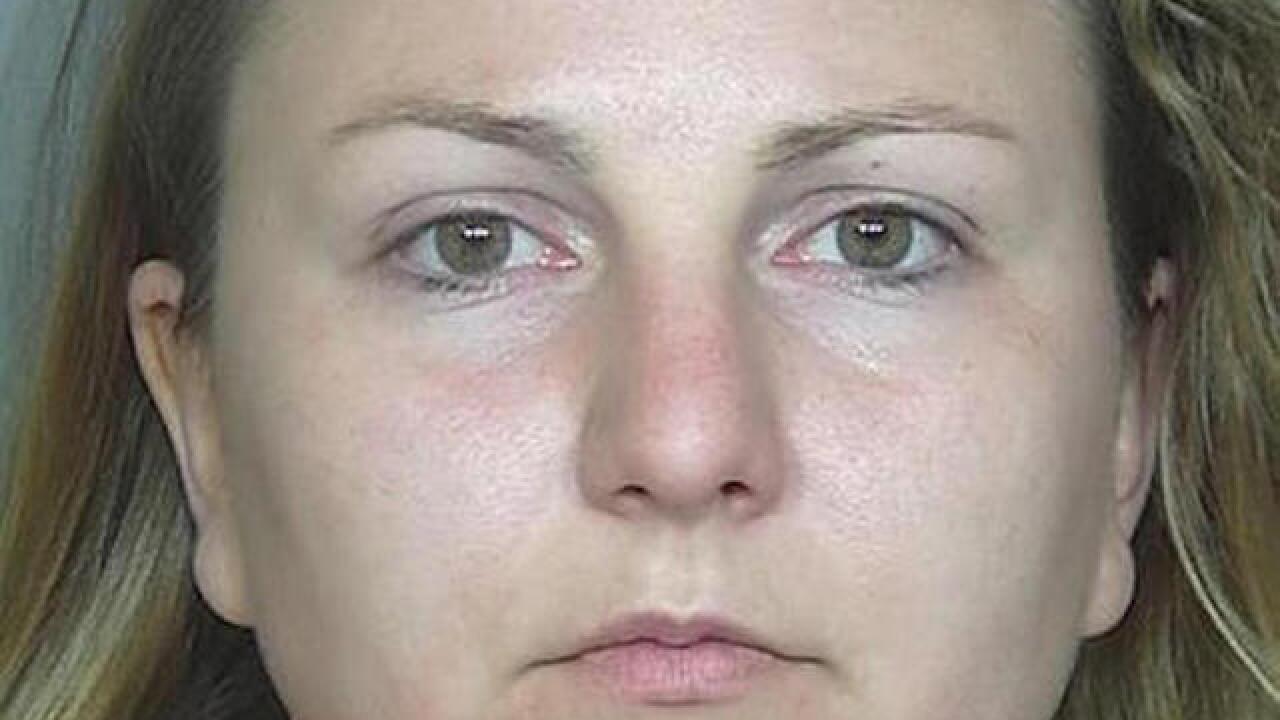 Copyright Associated Press
HO
<p>In this booking photograph provided Tuesday, May 17, 2016, by the Weld County, Colo., Sheriff's Department, Rachel Einspahr is shown. Investigators say that Einspahr, who was baby sitting two children at the time, robbed a bank in Severance, Colo., on Friday, May 13, 2016, to get cash to pay back money that she stole from two northern Colorado businesses where she worked. (HO/Weld County, Colo., Sheriff's Department via AP)</p>

SEVERANCE, Colo. (AP) — A Colorado baby sitter is accused of using two children she was watching to help her rob a bank — a heist allegedly planned to help her pay back money stolen from her employers.

The Weld County Sheriff's Office say 28-year-old Rachel Einspahr went to the bank's drive-up window Friday and sent a note to the teller saying there was a man in the back of her SUV who wanted money and was threatening to hurt the children. Investigators say the teller gave her $500.

The Greeley Tribune reports that an arrest affidavit says she wanted to rob the bank to pay back $15,000 under a possible plea agreement in the previous theft cases. Lawyers who have represented her didn't return calls seeking comment.