College Board's SAT exam may have been leaked ahead of test 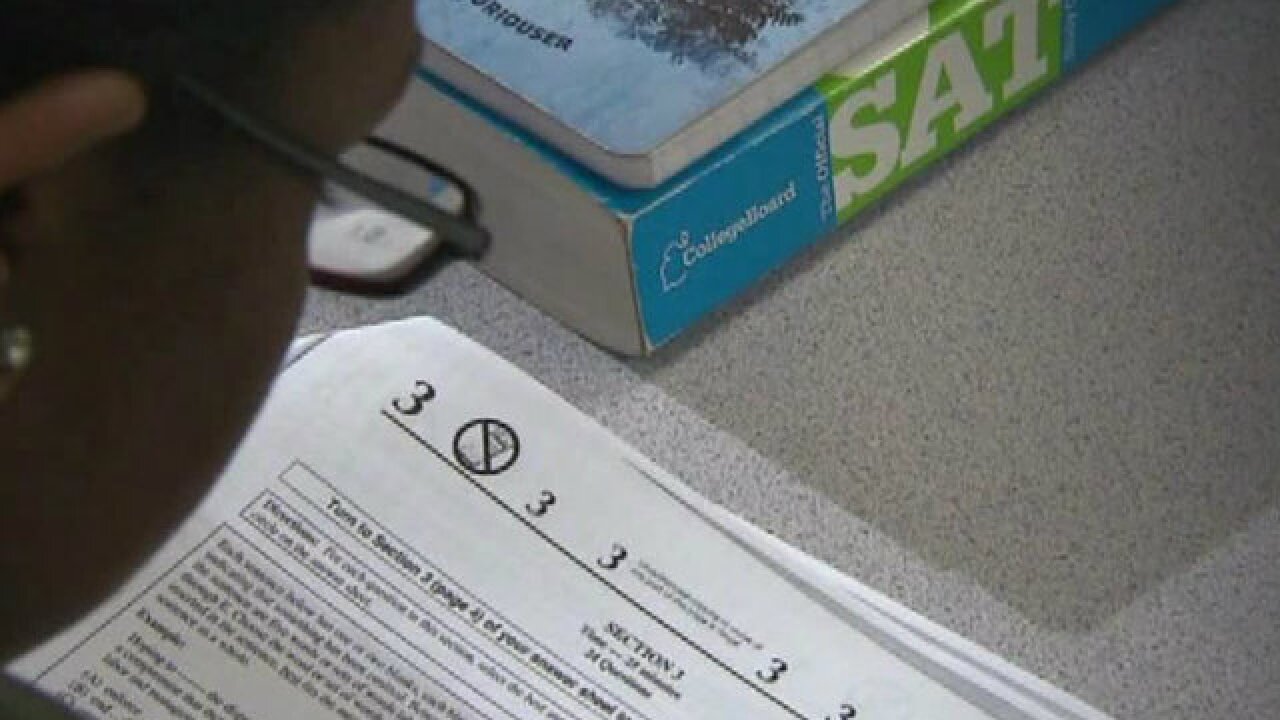 The SAT college entrance exam given to thousands of high school students across the United States may have been leaked in Asia ahead of Saturday's test, the Los Angeles Times reported.

High school junior Huzail Hassan of Rancho Cucamonga received a text from a friend who said the College Board, which administers the exam, reused a test from last fall, the LA Times reported.

“I checked on Twitter and so many people had taken screenshots,” Hassan told the LA Times. “I looked it up and it was the same exam. It had the exact same questions and it had the answer key.”

Scripps station KGTV in San Diego received a statement from the College Board addressing the next steps for students.

"In response to theft and organized cheating, which affects all high stakes testing, we have significantly increased our test security efforts and resources. We have a comprehensive approach to test security and go to great lengths to make sure that the test scores we report are accurate and valid. In all our efforts, we’ve worked to strike a balance between thwarting those seeking an unfair advantage and providing testing opportunities for the vast majority of students who play by the rules," wrote Associate Director of Media Relations Jaslee Carayol in an email.

"As part of our comprehensive approach, after every test administration, we take additional quality control steps before scores are released, including conducting a comprehensive statistical analysis of certain test scores. If we determine students have gained an unfair advantage, we will take appropriate actions, including cancelling test scores and, in some cases, prohibiting them from taking another College Board assessment. To protect the security of our tests, we cannot comment on the specifics of question usage and test administration schedules."

RELATED: Report of student cheating may have led to AP debacle

The SAT, or Scholastic Aptitude Test, was created in 1926 to serve as a benchmark for the academic performance of graduating students. It measures performance in mathematics and critical reading and writing. Scores range from 400 to 1600, combining the results from the two 800-point section. Students pay $45, or $57 with the optional essay, to take the SAT.

The test is run by the College Board, a nonprofit group with a membership of more than 6,000 educational institutions.