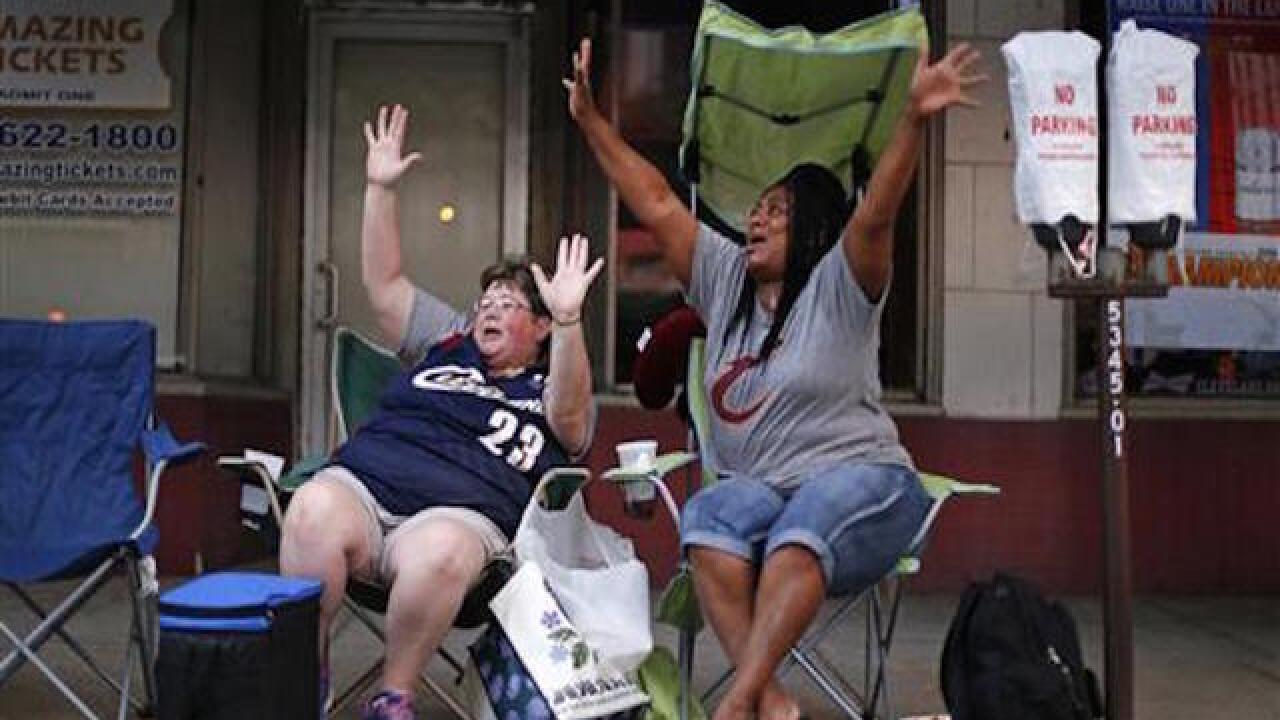 CLEVELAND (AP) — A parade held somewhere else for more than a half-century is rolling through Cleveland.

No longer the butt of jokes, it's a title town again.

Hundreds of thousands of fans, some arriving Tuesday night to camp on the sidewalk for the best view, are lining the downtown streets to cheer superstar LeBron James and the Cavaliers, who made history by overcoming a 3-1 deficit to beat Golden State in the NBA Finals and end the city's 52-year championship drought.

Cleveland fans young and old are partying like its 1964. This is the celebration James promised when he returned to his home state two years ago.

The Akron-born James was named Finals MVP, and his third title solidifies his place among the game's greats. He was already Ohio basketball royalty — King James — and he's now the one who stopped a half-century of sports suffering.