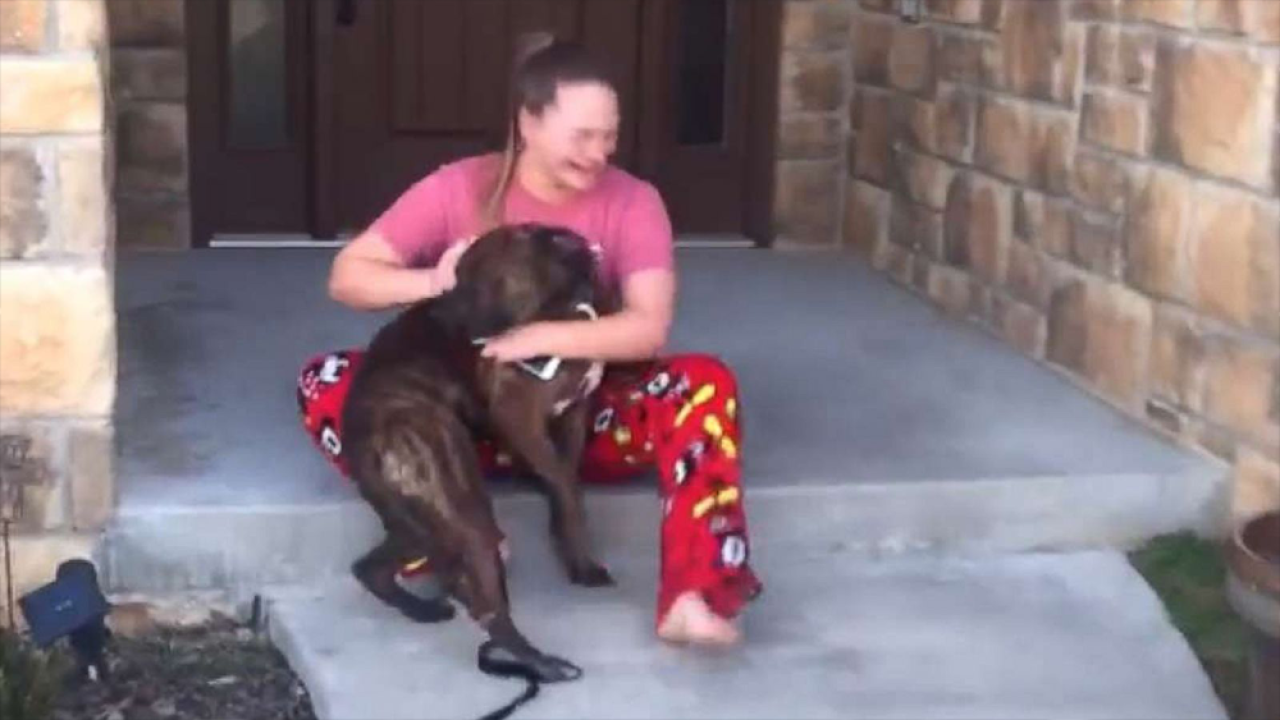 Copyright 2018 ABC News. All rights reserved. This material may not be published, broadcast, rewritten, or redistributed.
Lance Fuqua
Lance Fuqua surprised his daughter, Hallee, for Christmas by adopting the dog she would visit at the Humane Society in Stillwater, Oklahoma.<br/>

Christmas came early for one Oklahoma daughter whose father adopted the dog she was caring for at a shelter — and the moment was caught on camera.

Hallee Fuqua had been asking for a dog for years, her father, Lance Fuqua, said in a Facebook post. However, her parents had told her to wait until after she graduates to get one.

She began volunteering at the local Humane Society in Stillwater, Oklahoma, in during her Thanksgiving break. She quickly fell in love with Rambo, a Plott Hound and Mountain Cur mix.

"She would come in and just sit with him," Jackie Ross-Guerrero, the shelter's director, told ABC News. "They connected from day one."

Lance Fuqua said he and his wife decided to adopt Rambo three weeks ago, and that the Humane Society agreed to coordinate keeping it a secret from Hallee. They said they "don't normally do this, but with Hallee, they made an exception," he told ABC News, encouraging others to donate to the Humane Society.

"We pulled a little white lie when she would come in so she would think he was still under adoption," Ross-Guerrero said.

Hallee was "broken" when she found out through social media that Rambo had been adopted two days before the surprise on Sunday, Dec. 16, her father said. But "she had no idea that he already belonged to her." The family is asking those who are touched by this story to donate to the Humane Society of Stillwater if possible.

Copyright 2018 ABC News. All rights reserved. This material may not be published, broadcast, rewritten, or redistributed.