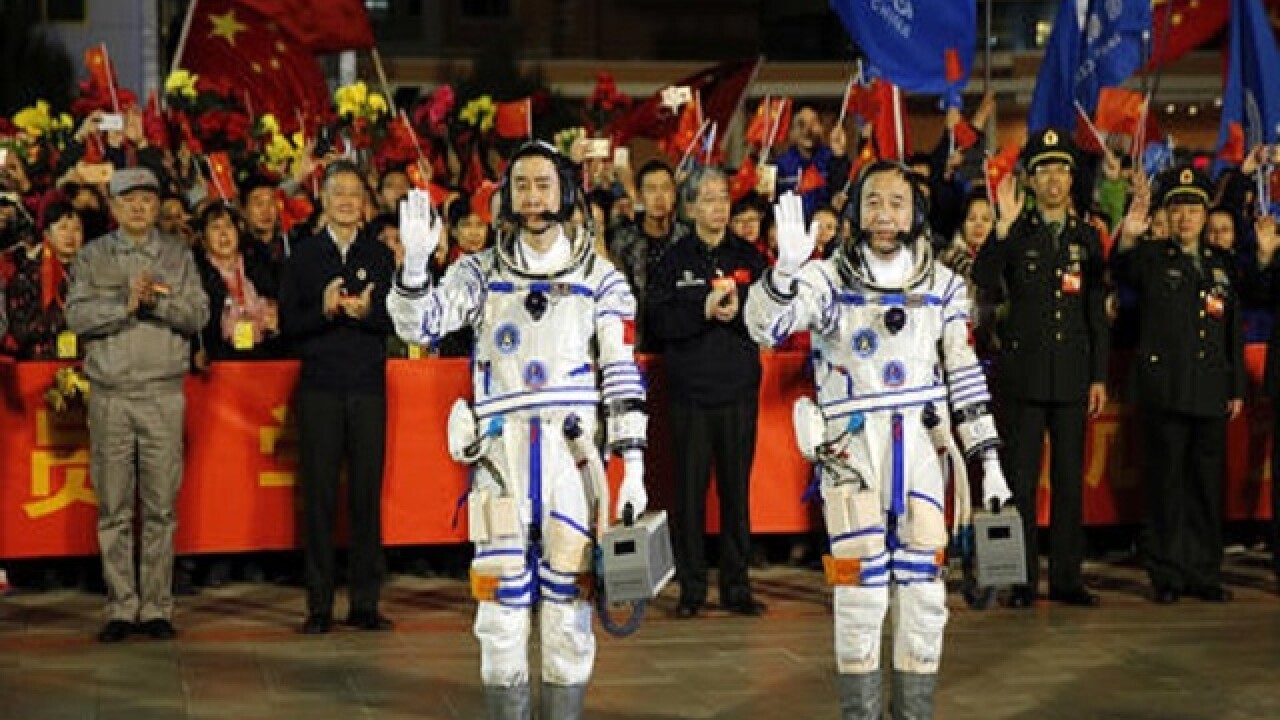 By: Associated Press
Posted at 8:03 PM, Oct 16, 2016
BEIJING (AP) - China has launched a pair of astronauts into space on a mission to dock with an experimental space station and remain aboard for 30 days.
The Shenzhou 11 mission took off from the Jiuquan Satellite Launch Center on the edge of the Gobi Desert in northern China at 7:30 a.m. (2330 GMT) Monday aboard a Long March-2F carrier rocket.
It will dock with the Tiangong 2 space station precursor facility within two days, conduct experiments in medicine and various space-related technologies, and test systems and processes in preparation for the launching of the station's core module in 2018.
Following the attachment of two experiment modules, the entire station is designed to begin full operations in 2022 and will operate for at least a decade.
Copyright 2016 The Associated Press. All rights reserved. This material may not be published, broadcast, rewritten or redistributed.