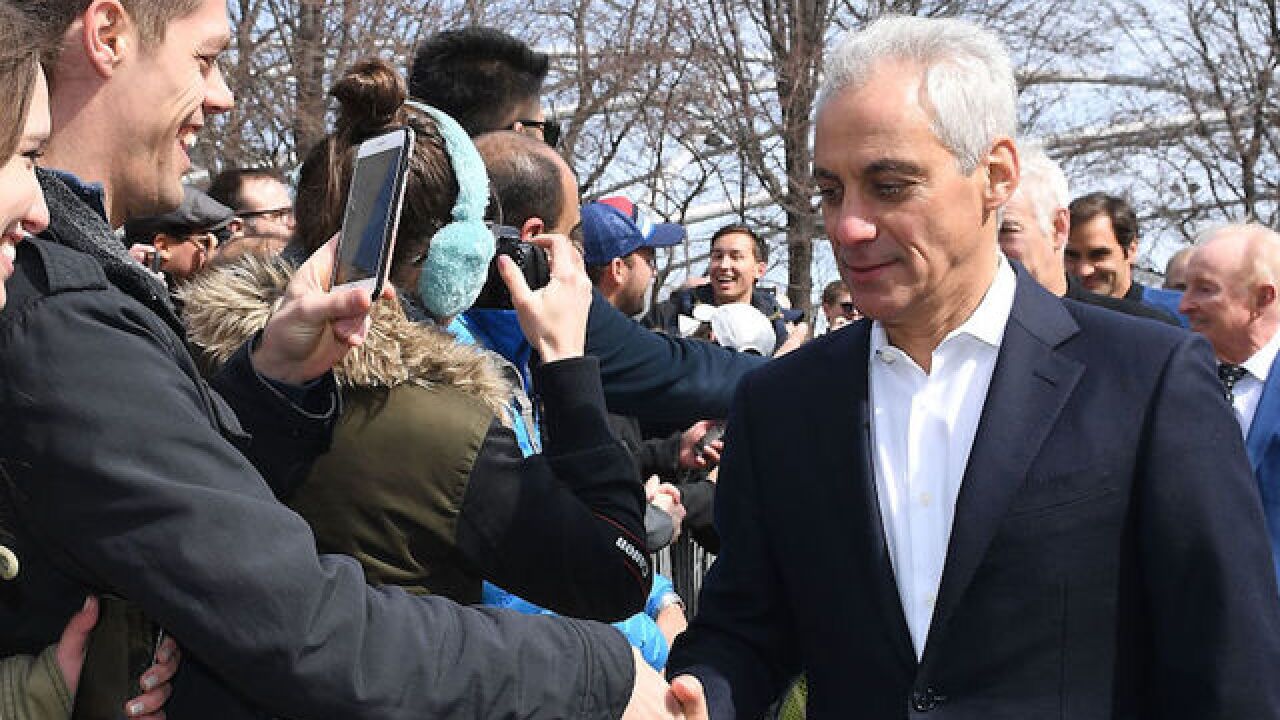 Image copyright 2018 Getty Images. All rights reserved. This material may not be published, broadcast, rewritten, or redistributed.
Stacy Revere
<p>Mayor of Chicago Rahm Emanuel greets fans at Cloud Gate for the Laver Cup 2018 Chicago Launch on March 19, 2018 in Chicago, Illinois.</p>

"As much as I love this job and will always love this city and its residents, I've decided not to seek re-election," he said in an announcement Tuesday.

He added, "Now with our three children in college, Amy and I have decided it's time to write another chapter together."

Emanuel has been the mayor of Chicago for over seven years.

The next election is in February 2019.