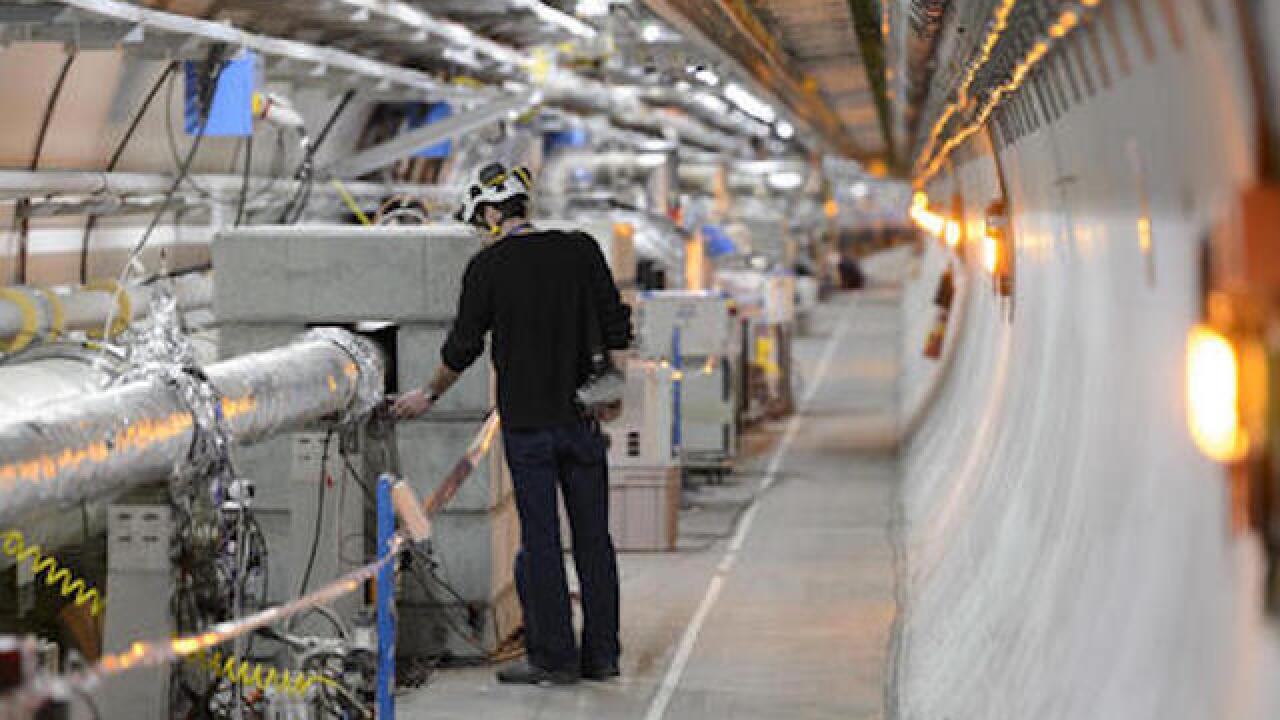 Copyright Associated Press
Laurent Gillieron
<p>In this Feb. 16, 2016 file photo a technician works in the LHC (Large Hadron Collider) tunnel of the European Organization for Nuclear Research, CERN, during a press visit in Meyrin, near Geneva, Switzerland. Officials at CERN, home to the world’s largest particle accelerator, say they’ve launched an internal investigation over a “spoof” video filmed on its campus appearing to mimic a human sacrifice. (Laurent Gillieron/Keystone via AP)</p>

GENEVA (AP) — Officials at CERN, home to the world's largest particle accelerator, say they've launched an internal investigation over a "spoof" video filmed on its campus appearing to mimic a human sacrifice.

Shot from a building at the European Organization for Nuclear Research, known as CERN, the video shows hooded people in a courtyard before the cape of one woman is lifted off her shoulders. After she lies down, a hooded person approaches and appears to stab her with a knife. An off-camera voice reacts with an expletive.

On its website, CERN called the video "a work of fiction showing a contrived scene."

Scientists pour in from around the world for round-the-clock work at CERN's accelerators around Geneva. CERN said sometimes accredited personnel "let their sense of humor go too far."