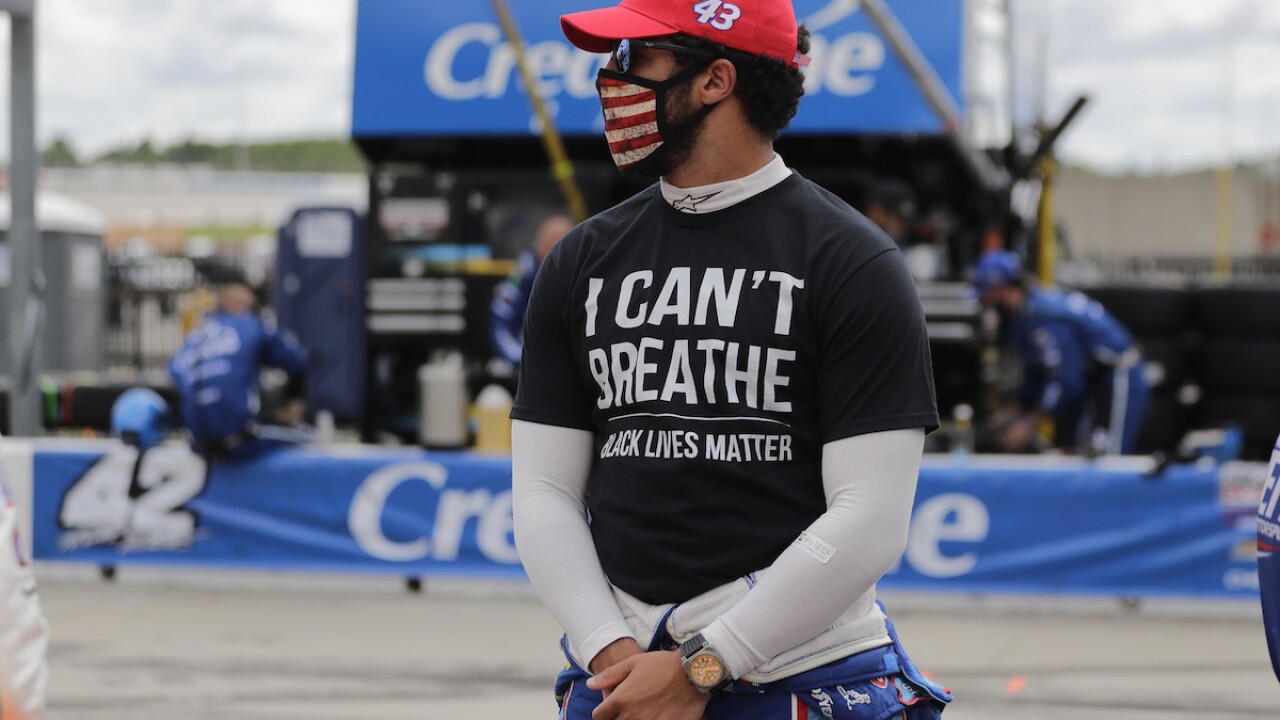 Michael Jordan has long been associated with the game of basketball, first as a six-time NBA champion with the Chicago Bulls, and currently the owner of the Charlotte Bobcats.

You can now call him a NASCAR team owner.

Denny Hamlin announced a partnership on Monday with Jordan as the two will form a single-car team featuring Bubba Wallace who will drive the team’s lone car. The team will begin operations in 2021.

“Bubba has shown tremendous improvement since joining the Cup Series and we believe he's ready to take his career to a higher level,” Hamlin said. “He deserves the opportunity to compete for race wins and our team will make sure he has the resources to do just that. Off the track, Bubba has been a loud voice for change in our sport and our country. MJ and I support him fully in those efforts and stand beside him.”

Wallace became a newsmaker over the summer when a noose was discovered by NASCAR officials in his garage. NASCAR later announced that it believed that Wallace was not the target of a hate crime after investigating the origins of the noose, adding that the noose had been hanging in the garage’s stall for several months.

Drivers and crew members stood in solidarity with Wallace following the incident. Fellow drivers pushed Wallace’s car to the front of the field moments before a race in June got underway.

Wallace became the first Black full-time NASCAR Cup Series driver in 2018 in more than four decades. He instantly found success as a full-time driver, finishing as the runner-up of the 2018 Daytona 500.