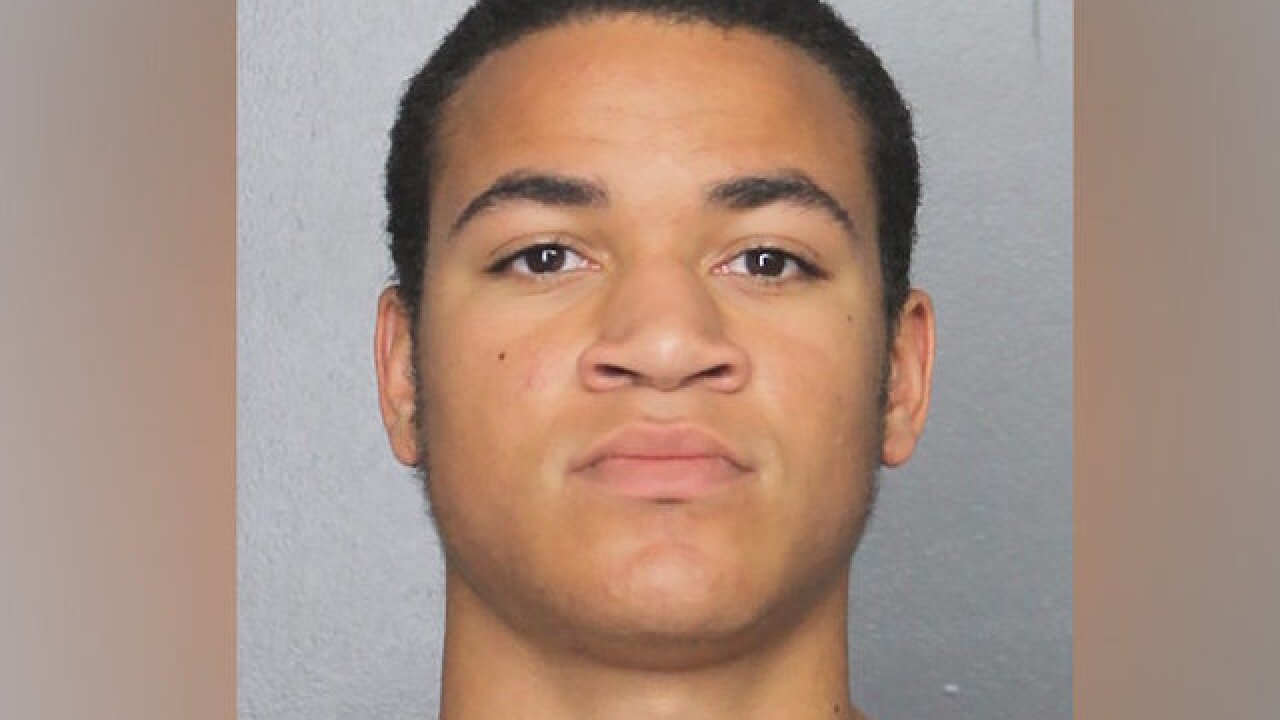 The younger Cruz was released Thursday afternoon from the Broward County Jail.

He was initially jailed on a $500,000 bond, leading his attorney to argue he was being punished because of his older brother, who killed 17 people last month at the school in one of the deadliest mass shootings in modern US history.

Under the terms of his probation, Zachary Cruz will wear a GPS monitor and must remain one mile away from the Marjory Stoneman Douglas campus. He is also forbidden from having any contact with victims or family members of the February 14 mass shooting.

Cruz, 18, was arrested March 19 on a misdemeanor trespassing charge at Marjory Stoneman Douglas High. After his arrest, the younger Cruz told police he wanted to "reflect on the school shooting and soak it in," according to an arrest report.

Probation was reached as part of a plea deal in the case. Cruz, shackled and wearing a brown jumpsuit Thursday morning, pleaded no contest to trespassing.

His attorney Joseph Kimok had earlier argued that the excessive bond showed Cruz was being punished for his brother's actions.

"He is being held because of who he is related to, not because of anything that he did," Kimok told Judge Kim Theresa Mollica.

Police said he visited the campus at least three times since the school massacre.

His attorney filed a motion for his client's release, calling his treatment immoral, reprehensible, unlawful and unconstitutional. There is no evidence that the defendant threatened anyone when arrested, Kimok wrote.

Cruz 'overcome with sorrow' after shooting

At the end of Thursday's hearing, in a statement read by his attorney, Cruz apologized "to anyone who felt scared or threatened by his presence on Marjory Stoneman Douglas campus last week."

"Zachary has experienced and continues to experience a trauma unlike anything any of us could imagine," the attorney said. "He watched his mother slowly weaken and die just four months ago. He was 17."

Following his mother's death, Cruz was forced to move and leave behind his school and his friends.

"Then in February, the only family member that he had left, his brother, murdered 17 people in cold blood. Zachary was overcome with sorrow. Sorrow for the victims and their families, sorrow for his brother, who he loves."

Cruz didn't expect to see anyone when he went to the Parkland school, the lawyer said. He simply wanted to "try to make sense of this."

"Zachary is a normal 18-year-old kid who has experienced something more profound than any of us could imagine," the statement said in closing. "Zachary Cruz is not someone any of us needs to fear; he's someone who needs our compassion."

Was he being punished for his brother's crime?

Zachary Cruz faced a second-degree misdemeanor with a bond that is typically $25. Instead, the judge in Cruz's case set bail last week at $500,000, ordered a psychological evaluation, electronic monitoring and no communication with his older brother.

In his first court appearance through closed-circuit TV on March 20, Cruz was shackled and surrounded by three armed deputies, uncommon for someone appearing on a trespassing charge.

His attorney described him as a victim of "hysteria" due to the massacre.

Prosecutors mentioned three earlier crimes to which Cruz pleaded guilty, but records from the Broward County Sheriff's Office and Coral Springs police show his encounters with law enforcement were much more extensive.

He is named or referenced in at least 36 incidents, investigation and call reports between 2011 and 2017.

Also Thursday, another judge granted an order prohibiting Zachary Cruz from having access to guns.

The risk protection order, which is separate from the plea deal in the trespassing case, bans Cruz from possessing and purchasing firearms and ammunition for one year.

The Broward County Sheriff's Office had sought the order using a new Florida law passed in the aftermath of last month's school massacre.

Violating the order is a felony punishable by up to five years in prison and a $5,000 fine.

In granting the temporary order, Tuter noted that the sheriff's office did not allege Cruz owns guns. However, based on the allegations, the court determined there was reasonable cause to believe Cruz would pose "a significant danger of causing personal injury to himself" if he were to obtain a gun or ammunition, according to the order.