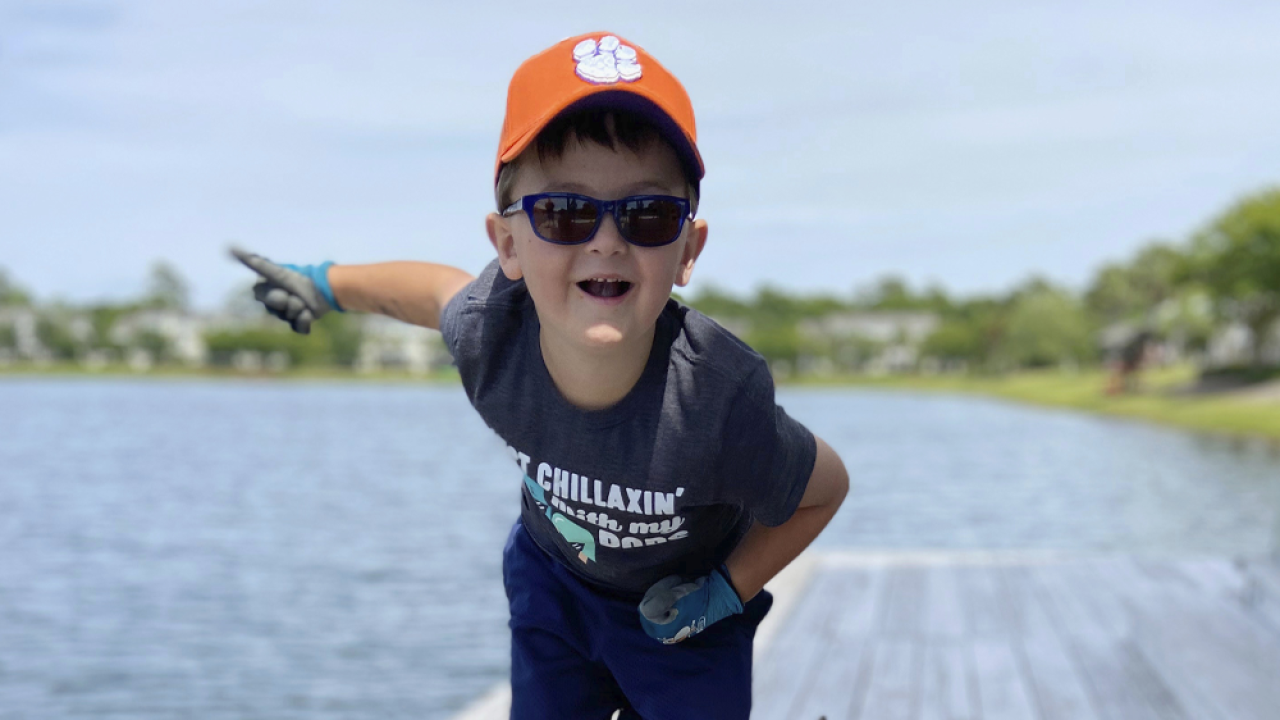 (Copyright 2020 The Associated Press. All rights reserved. This material may not be published, broadcast, rewritten or redistributed.)
In this May 9, 2020, photo provided by Catherine Brewer, Knox Brewer stands next to a safe he pulled out of Whitney Lake in South Carolina. The 6-year-old was using a magnet attached to a string to fish for metal in the water when he reeled in a lockbox that police said was stolen from a woman who lived nearby eight years ago. (Catherine Brewer via AP)

WCIV-TV reports that Knox Brewer of Johns Island was at Whitney Lake hunting for metal objects underwater when the magnet attached to his line stuck to something heavy.

The outlet reports that a bystander helped Brewer pull in and pry open what turned out to be a lockbox containing jewelry, credit cards and a checkbook.

Authorities said they determined the sunken safe belonged to a woman who lived near the lake.

The woman told the Brewers the lockbox had been stolen eight years ago.