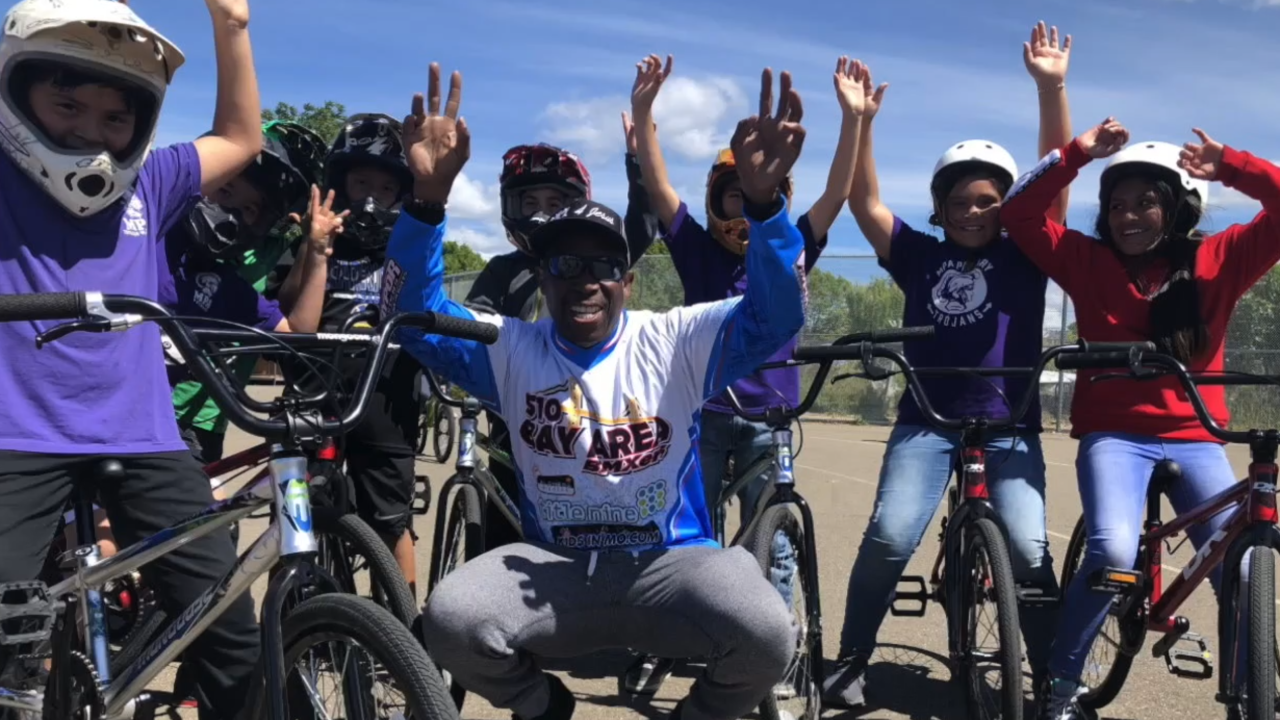 Deterring kids from the streets is a challenge many communities around the country are dealing with, but Howard Cato has a very specific plan to do just that.

Cato started a summer camp, where he takes kids to a BMX bike track, teaching them the basics of the sport.

“BMX, bicycle motocross,” he explains. “What I do is, we race bikes.”

For Cato, BMX was all about the thrill.

But looking back on the hobby he picked up in his childhood, he realizes now that it was more than that; BMX gave him a hobby that kept him off the streets—that is until his father died.

“I stopped racing BMX. I found the streets, going out there on the streets, man, and leaving my bikes,” he says. “And I ended up getting shot several times and paralyzed.”

Eventually he found his way back. These days, he’s making sure kids in his hometown of Oakland have a chance to learn the skill that set him on the right track.

Cato started the program Flood the Streets with Bikes, which aims to provide bikes to kids who don’t have them. He also teaches kids how to ride bikes, often over their lunch or recess time at school.

“I think if you reward a kid with a bike, they’ll go a long way with it, especially if they had to earn it,” he says.

“I mean [for] my son, it teaches him…never give up,” says mom Jasmyn Areas. “You fall, but you get up and you push yourself and you keep going. And just the perseverance of not giving up on yourself.”

Cato soon hopes to takeover a warehouse space in Oakland and create a space for kids to work on homework, and once that’s done, the idea is to use it as a place to let them build BMX bikes of their own.