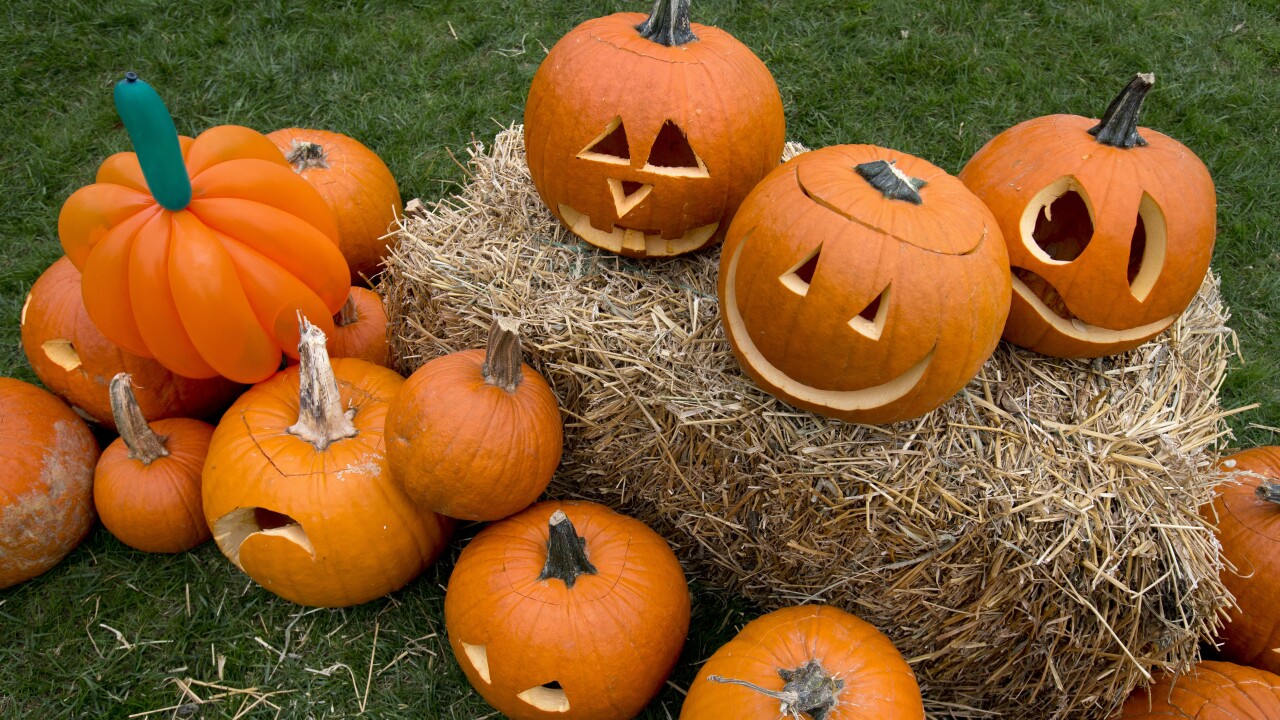 The jack-o’-lanterns are painted black with a white mouth.

Objections first arose in Nyack, New York. A Halloween display in front of a law firm was taken down in Nyack because the jack-o'-lanterns upset some community members.

"They are pumpkins, black pumpkins,” one resident said. “Idiots. That's all there is."

Wilbur Aldridge, a regional director with the NAACP, says it shows "an extreme lack of sensitivity."

“I think they did the right thing, but I also think that they're entitled to the way they feel," another resident said.

And with this reaction, the law firm decided to take down the display of black pumpkins less than 48 hours after setting them out on the porch.

"We understand that someone complained about them, and so once we got word of that we immediately took them down,” said Mary Marzolla, a partner at the firm.

Marzolla says the pumpkins — personalized with the names of each partner at Feerick Nugent MacCartney PLLC — were never meant to offend anybody.

"We represent people of all colors and faiths, and we would never do anything to exclude anyone from any community,” she said.

Her associate, Alak Shah, said he never thought twice about the jack-o'-lanterns.

“It's just nothing I take offense to personally, but since it did offend someone, we took proactive steps to take it down,” Shah said.

Though since they've been removed, both attorneys are left wondering why the decorations didn't raise flags at the store where they were purchased.

“If you're going to Bed Bath & Beyond, you don't think they're going to be selling offensive material,” Marzolla said.

Bed Bath & Beyond apologized, saying that any offense was unintentional and that they've "immediately removed" the pumpkins from sale.