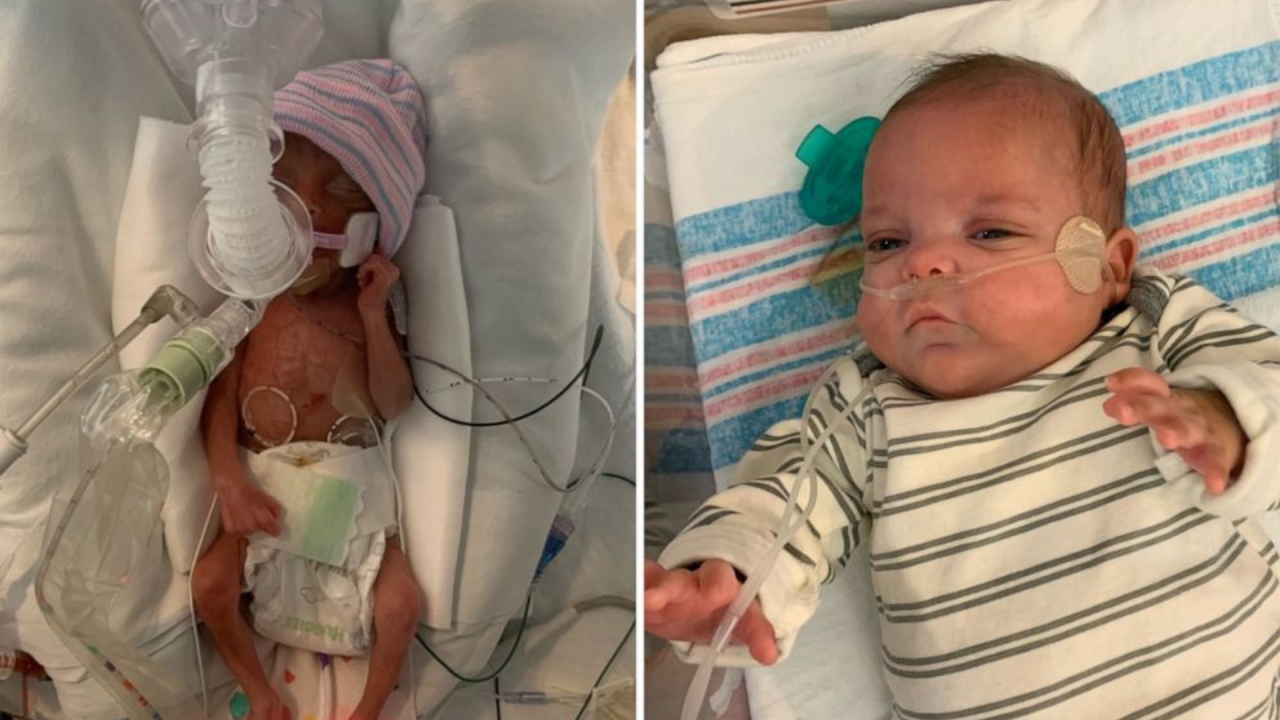 A micro preemie who was born at just one pound has defied the odds after doctors determined he had little chance of survival.

"If it wasn't for them and God, I don't think he would be here," mom Natasha Williams told "Good Morning America." "They are so sweet and became our family. ... We cried quite a bit when we had to say goodbye."

Williams, now a mother of three, said when trying to have Russell she was pregnant three times, but none of the babies had heartbeats.

"It was so scary when I found out we were pregnant with [Russell], we didn't want everyone to get their hopes up," Williams added. "When we went to the doctor they said the baby had a strong heartbeat."

At 15 weeks pregnant, Williams' cervix started to open up. She had emergency surgery and a procedure to stop her from going into labor."

But on May 20, Williams went into preterm labor. Doctors told her it was likely that Russell would not make it.

"My fiance and I both cried and we started praying," Williams said. "My water broke on Wednesday and I gave birth to him on a Friday at about 10:55."

"Our experience in caring for Russell was both extremely powerful and humbling," said Tulane neonatologist Lisa Barbiero.

Barbiero said that since 2017, medical professionals discuss resuscitation down to 22 weeks with "appropriate parental counseling and input."

"We are in competition with fetal lung embryology," she added. "There does come a point when the lung is too immature to function on its own without the placenta assisting in gas exchange. While the odds are still against these babies at the borderline of viability we have seen dramatic improvements in survival (5% to nearly 20% in some situations) of infants born at less than 23 weeks when the entire team from high risk OB care to neonatology is onboard with supporting a family's request for attempts at resuscitation."

After Russell was born, medical staff administered breathing tubes. He experienced jaundice and blood on his brain, but through the months he healed and so far, has beaten the odds.

Russell now weighs over 8 pounds. The hospital gave him a surprise sendoff to mark the end of his NICU stay.

Williams has since started a Facebook page titled, Baby Russell's Journey. She created it for families who have babies in the NICU or women who want to talk through postpartum adjustments.