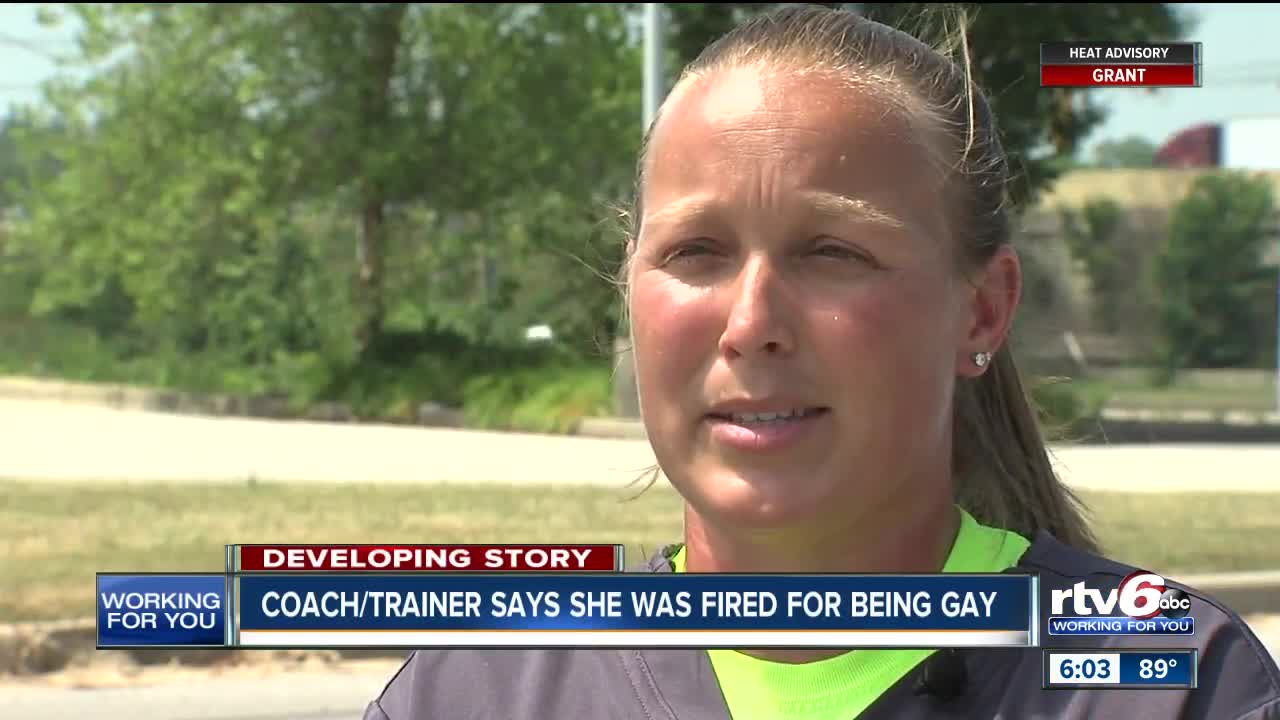 Coach/trainer says she was fired for being gay 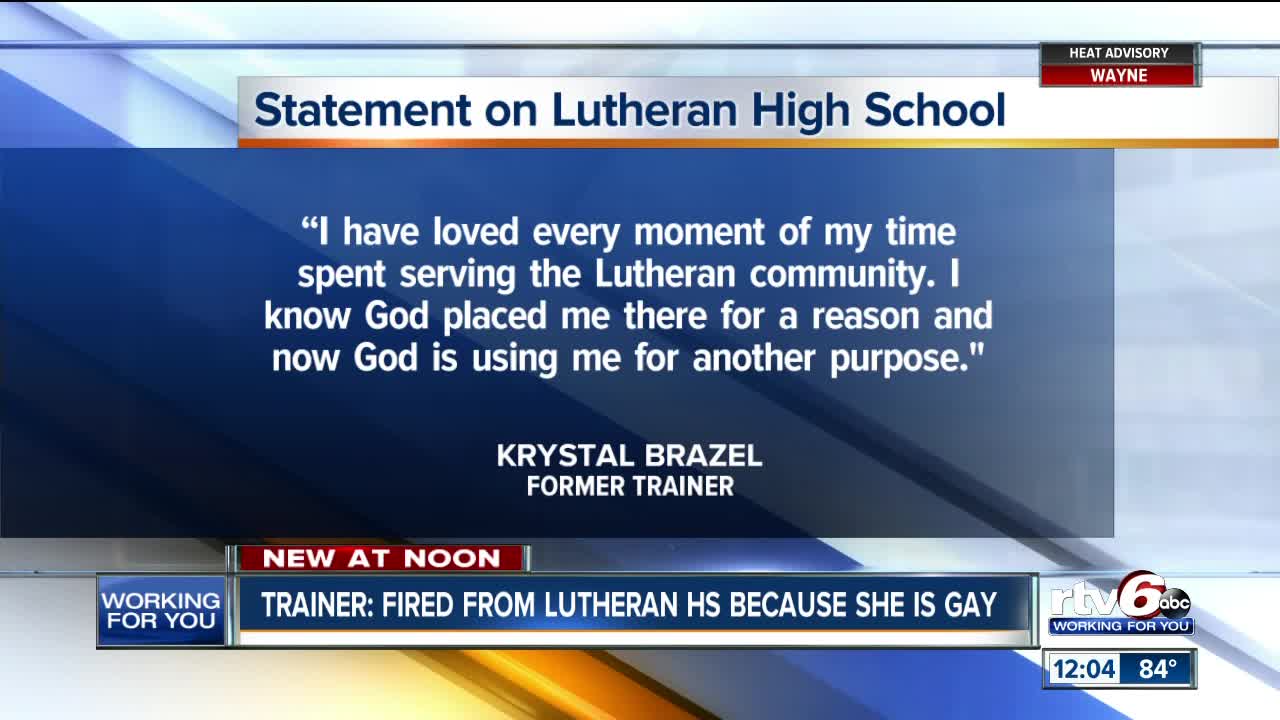 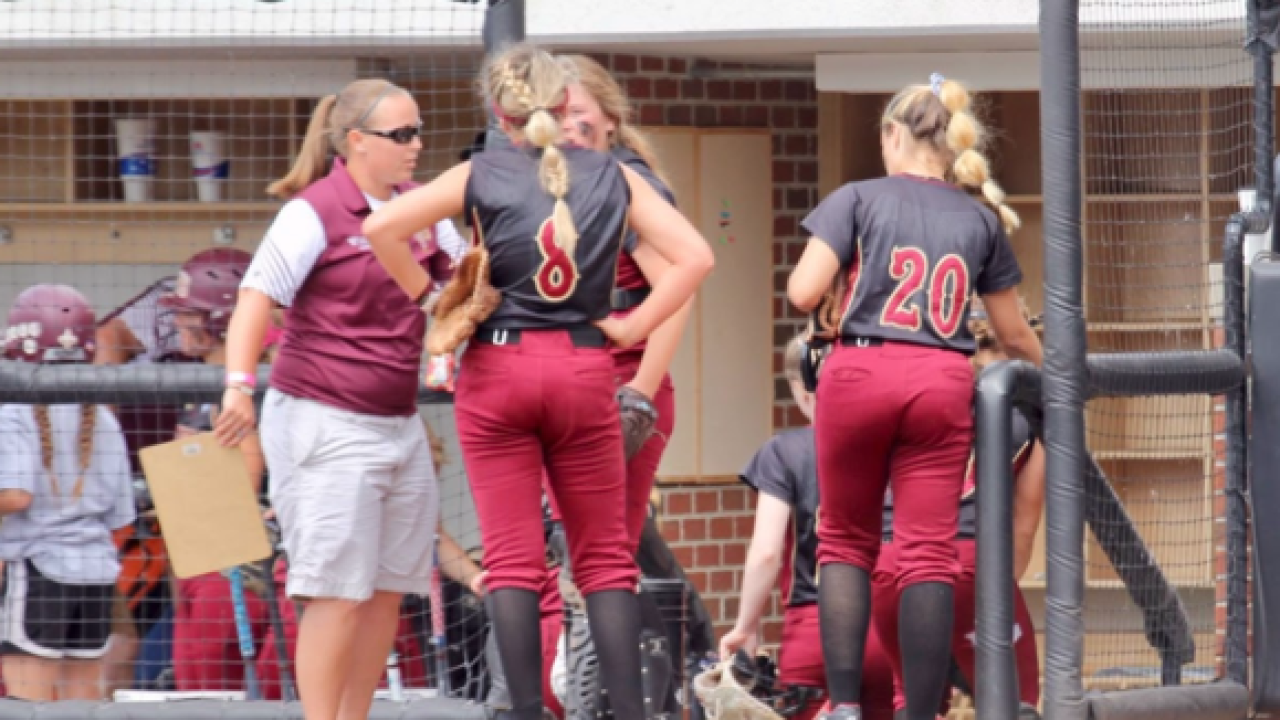 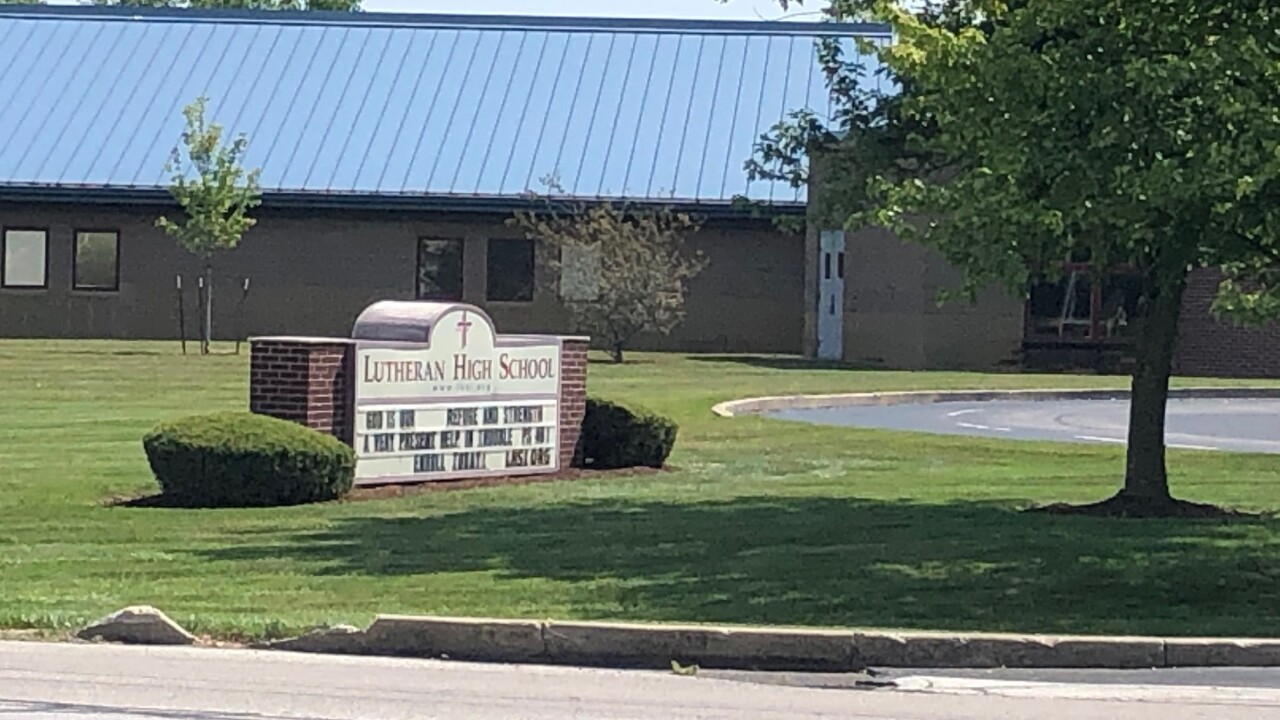 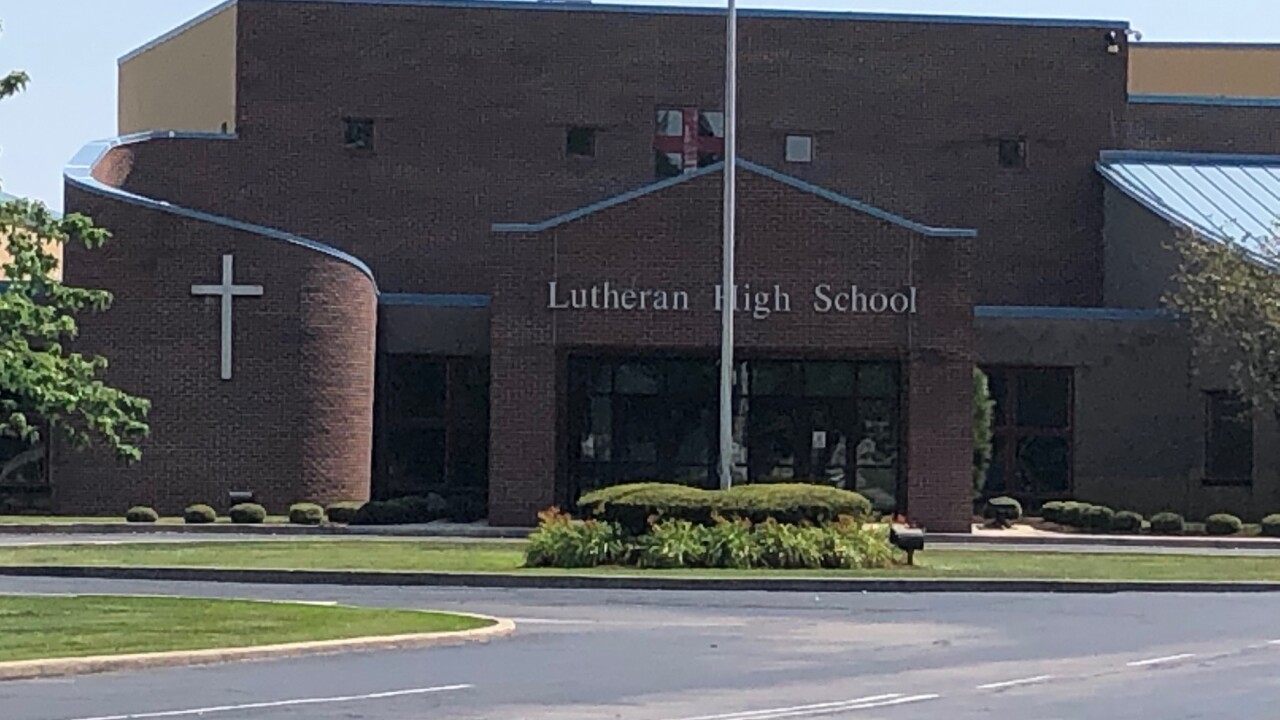 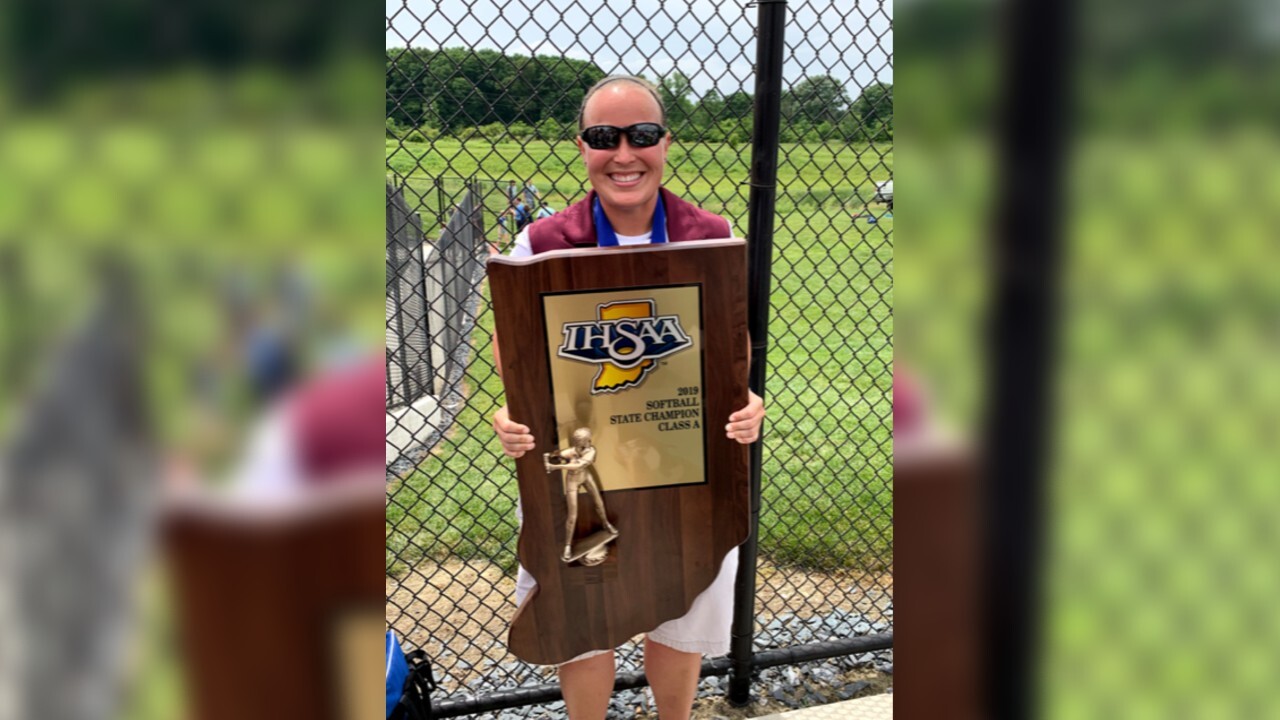 INDIANAPOLIS — A part-time trainer at Lutheran High School in Indianapolis says she was told she is no longer welcome there because she is gay.

Krystal Brazel had worked at Lutheran High School as a game-only athletic trainer for the past five years. But in February, Brazel was told she would no longer be allowed to work, coach, or volunteer at the school because of her sexual orientation.

"I think they really decided to make an example of me," Brazel said. "It breaks my heart. I know what I poured into that school."

When Brazel started as the athletic trainer at Lutheran High School she was diagnosing injuries on a folding table in the hallway. She started collecting donations because she said the student-athletes deserved more. Eventually, she helped create an athletic training room.

"I remember going to school thinking I don't ever want to be a high school athletic trainer. That's why I got my masters," Brazel said. "Life happened. And I started at Lutheran just helping out and I realized this is really God's calling for me is to have an impact on these people's lives and maybe be their first real gay Christian that they had an interaction with."

In February, Brazel was called into a meeting with the athletic director and head of school and asked to read a handbook that she said stated homosexuality is a sin. She was then asked to sign saying she could follow it, which she couldn't.

Brazel is engaged to be married on July 18 to her fiance, Samantha. She was ultimately told she could no longer coach the softball team she just helped lead to a state title in 2019.

In June, Franciscan Health and Lutheran High School could not come to an agreement allowing her to continue as the athletic trainer either. Brazel is now sharing her story, pushing for change for the future.

Lutheran High School is affiliated with "The Lutheran Church Missouri Synod," which is conservative on social issues.

Lutheran High School of Indianapolis is founded on the doctrine of the Lutheran Church – Missouri Synod and expects employees who shepherd its students to respect and live consistently by these principles. The school’s mission is to prepare young adults for a Christian life in a Christ-centered environment. Lutheran High School of Indianapolis needs leaders of its students committed to these values.

“I have loved every moment of my time spent serving the Lutheran community. I know God placed me there for a reason and now God is using me for another purpose. I want to prove daily with my actions that you can be a member of the LGBTQ community and be a Christian. I hope to spread a message of love. And it is my hope that Lutheran high school administration use the Bible as a tool to share love and acceptance instead of as a weapon to discriminate.”

Brazel has not said whether she plans to take legal action. But, that could be complicated due to a Supreme Court ruling this week that said many employees at religious schools are not protected under federal anti-discrimination laws.

Franciscan Health athletic trainers are highly skilled and work under the direction of team physicians. Our trainers provide services such as pre-participation physical examinations, promoting the safe and appropriate practice and competition facilities, development of injury and illness prevention strategies, and education and consultations to student-athletes, coaches and parents.

Franciscan Health is an equal opportunity employer and complies with all federal civil rights laws applicable to it.

Krystal Brazel is a certified athletic trainer and has been affiliated with Franciscan Health’s Sports Medicine Program for several years. Her role as softball coach at Lutheran is not a position associated with her role at Franciscan Health.

While her heart is still with the families at Lutheran High School, Brazel is now preparing to start as the athletic trainer at New Augusta in Pike Township next week.

This story was originally published by Nicole Griffin at WRTV.