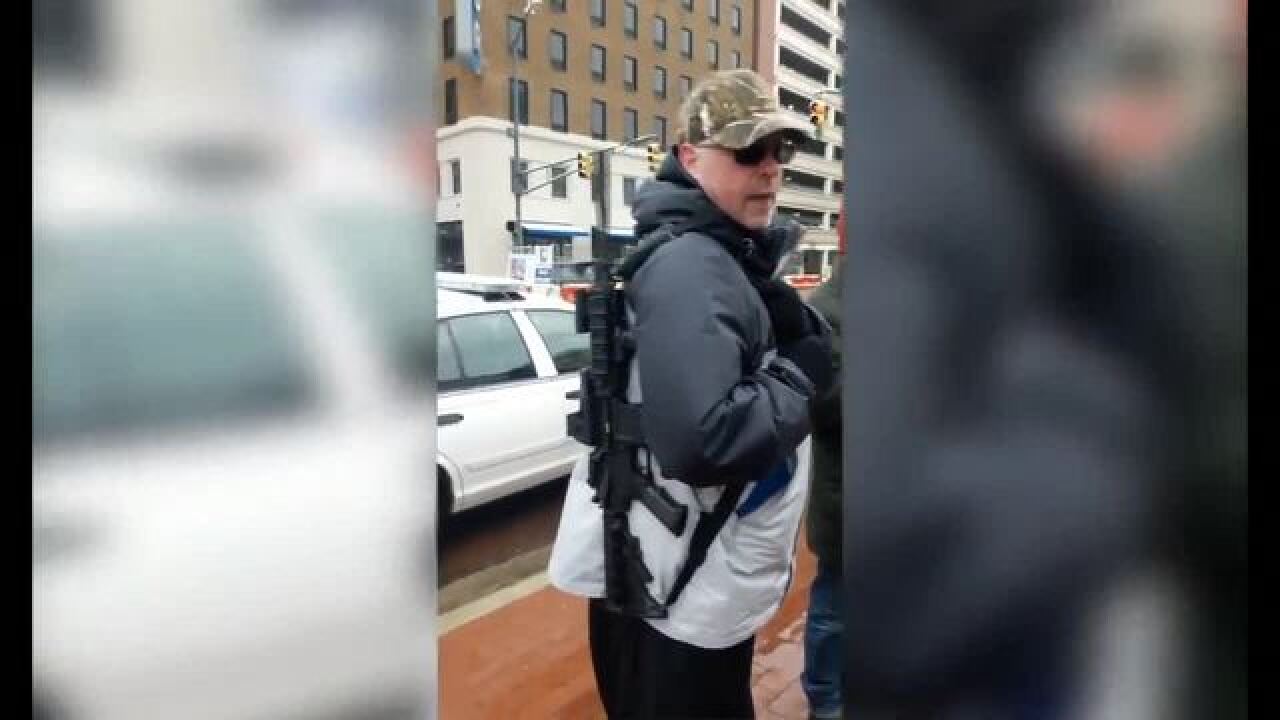 INDIANAPOLIS -- A man carrying an AR-15 at the sister version of the national gun violence rally in downtown Indianapolis on Saturday drew quite the attention from the crowd.

The man was walking around outside the Indiana Statehouse during the Indianapolis "March for our Lives" march with the gun strapped to his back.

Jami Stall said she respects the man's right to be at the rally but she found his attendance, carrying the firearm, to be alarming and in bad taste.

"It was led by children and teens - I thought that was in bad form," said Stall. "I was outraged honestly I was like what are you doing this has to be intimidating for these kids who are demonstrating against these types of weapons."

The video below shows a mother confronting the armed man during Saturday's rally.

The man did not do anything illegal during the rally so police were never involved.

PHOTOS | March for our Lives rally at Indiana Statehouse

The counter-protestor declined to explain his position to Scripps station WRTV in Indianapolis when he was questioned him on Saturday.

Indiana State Police say if you encounter that type of situation that you should stay clear of the person and not confront them.