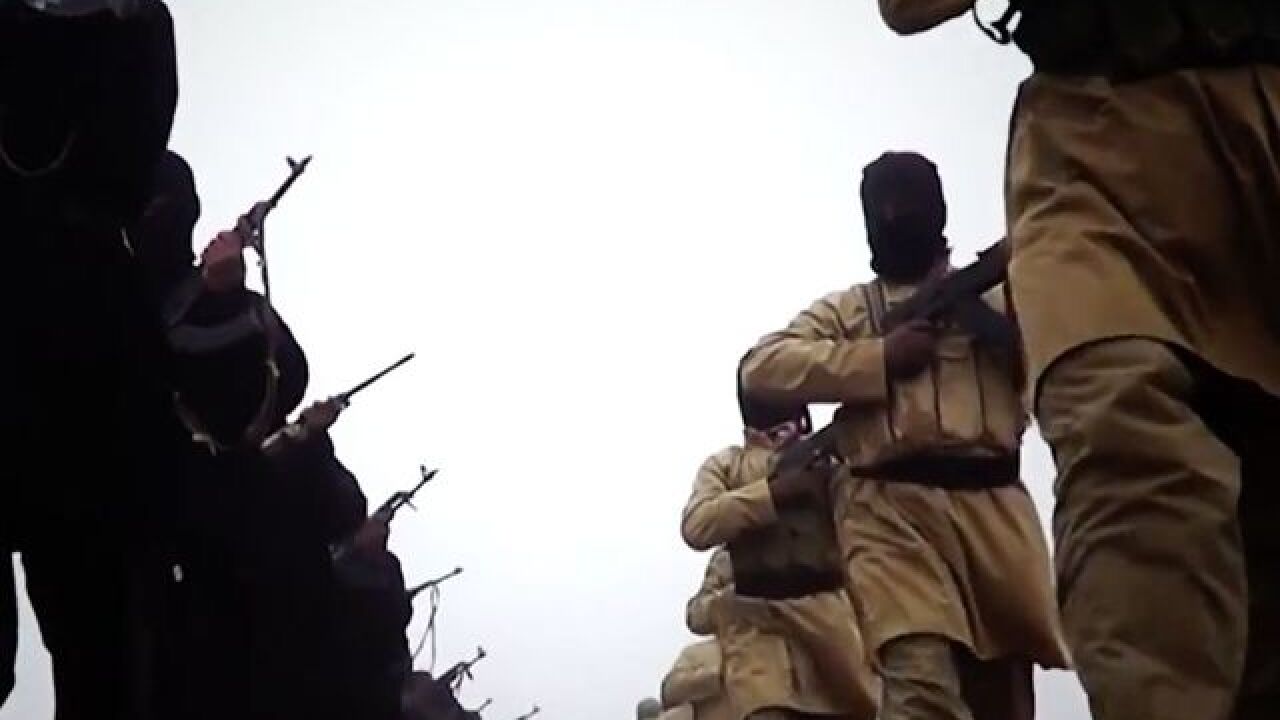 DENVER (AP) — Three young men who never joined the U.S. military but died fighting the Islamic State group in Syria will return home Friday to military-style honors as their families and a congressman gather to greet them.
The caskets of Levi Shirley, 24, Jordan MacTaggart, 22, and William Savage, 27, arrived Wednesday at Chicago's O'Hare International Airport after a complicated journey without ceremony.
Shirley and MacTaggart will arrive Friday by train in Denver, while Savage was being transported to North Carolina, where his father lives.
Their families will each be presented with a flag flown over the U.S. Capitol, said U.S. Rep. Ed Perlmutter, a Denver-area Democrat who helped coordinate the transfer of the bodies.
"Though they did not fight as members of our armed forces, they are Americans and as Americans we have a responsibility to bring these young men home and to give the families relief and closure," Perlmutter said in a statement.
The men died separately in combat after joining the People's Protection Units — the main Kurdish guerrilla group battling the Islamic State in Syria.
Turkey's tense relationship with the Kurds and the U.S. since July's failed coup stalled efforts to bring the men home.
The remains of Keith Broomfield of Massachusetts, believed to be the first American to die alongside Kurds fighting Islamic State, were returned to the U.S. through Turkey last year.
But Kurdish groups determined it would be too dangerous to repatriate the bodies of Shirley, MacTaggart and Savage through Turkey and instead shipped them hundreds of miles east to Iraq. The bodies were then flown to Amman, Jordan, and on to Chicago.
Shirley's mother, Susan Shirley, said she worked with the State Department to bring her son's body home and her friends contacted Perlmutter to help navigate the frustrating terrain. He enlisted aid from people at the White House.
"It took extraordinary measures by many people to get these men from Syria to the U.S., especially given the ever-changing and dangerous geopolitical dynamics in the Middle East," Perlmutter said. "It seems we are in the final stages of this long and sad situation."
Susan Shirley said her son was in Syria "as an American to protect Americans."
But unlike fallen members of the armed forces, the young men had no military escorts to accompany their caskets and no 21-gun salute.
Still, Susan Shirley said she appreciated the homecoming for her son and extended her condolences to families that lost military members in action.
"You can do all the pomp and circumstance you want, but those families aren't getting their sons back, either," Shirley said.
Veterans groups said they had no problems with the honors planned for the three men.
"They went to fight for the right side," said Joe Davis, spokesman for the national Veterans of Foreign Wars. "You can't fault a state for honoring their own."
Shirley, of Arvada, Colorado, was killed by a land mine July 14. MacTaggart, of Castle Rock, Colorado, died on Aug. 3 while fighting in a squad that included two Americans and a Swede in Manbij, Syria.
Savage, of St. Mary's County, Maryland, also died in Manbij on Aug. 10.
Copyright 2016 The Associated Press. All rights reserved. This material may not be published, broadcast, rewritten or redistributed.