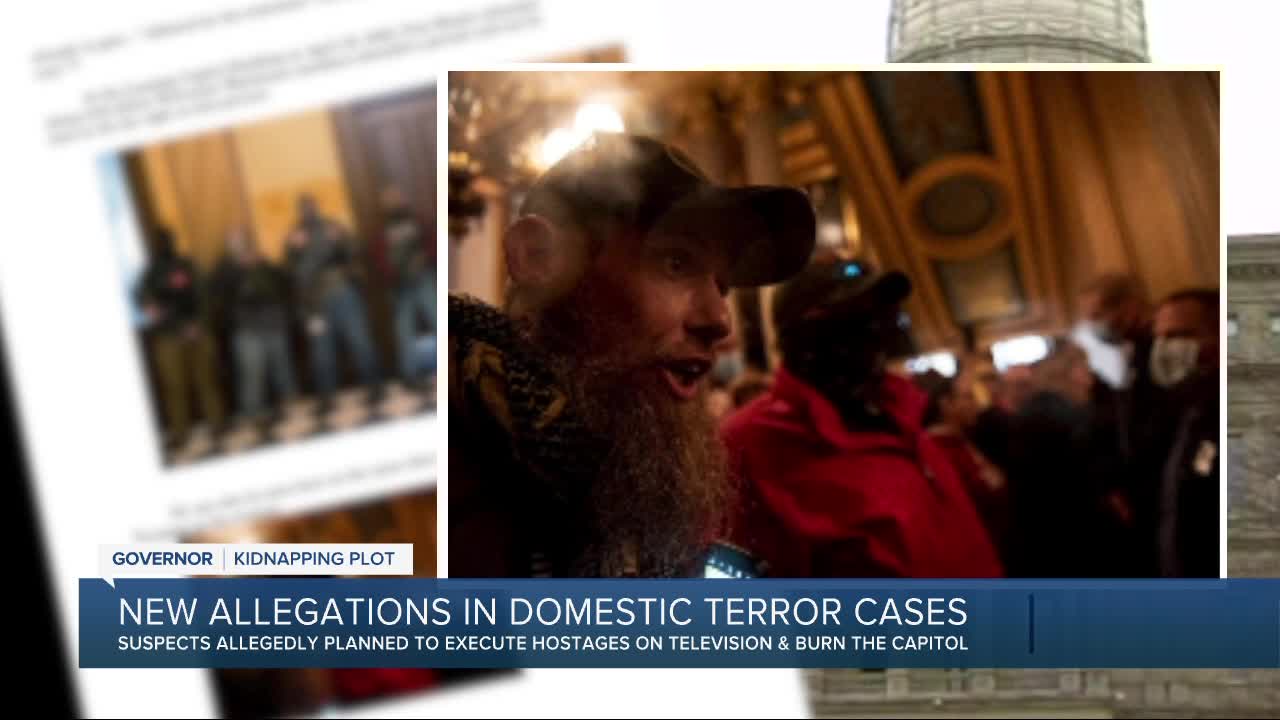 According to newly released court documents, the alleged plot to kidnap and kill Governor Gretchen Whitmer included everyone watching it on TV, that it would take about a week and that no one was coming out alive. 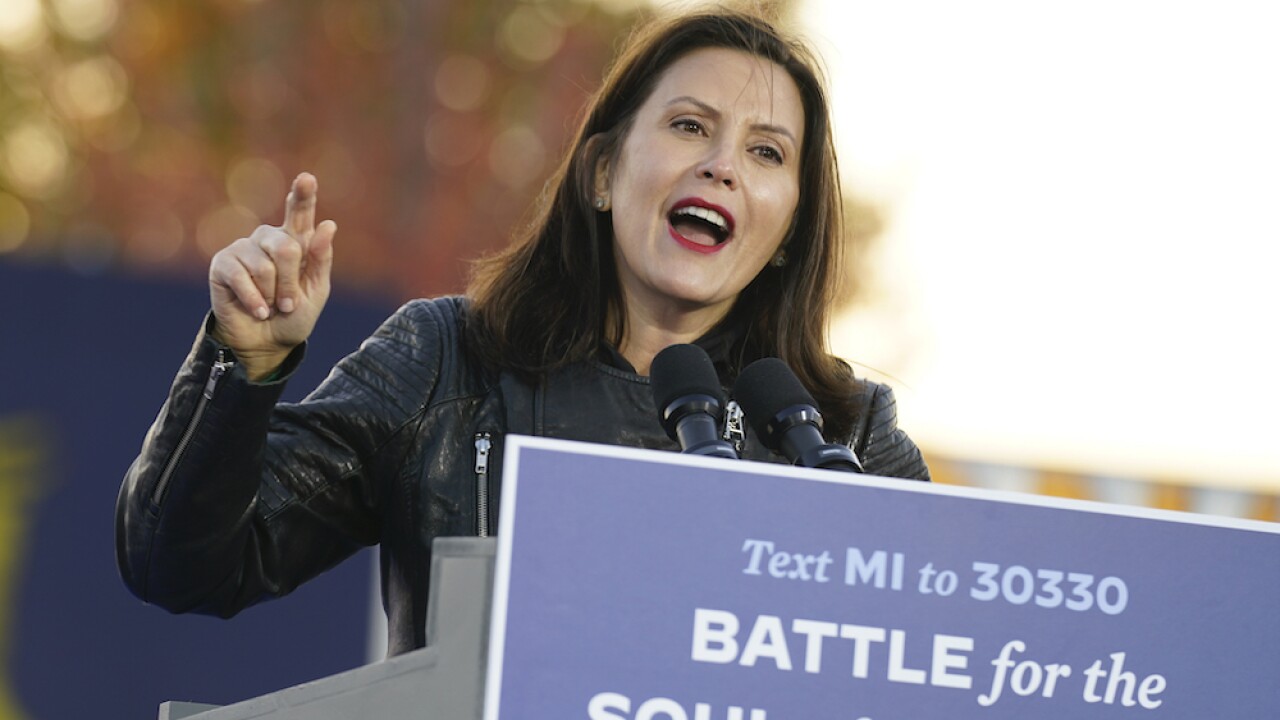 According to court documents, the members of a militia group who allegedly plotted to kidnap and kill Michigan Gov. Gretchen Whitmer hoped to conduct executions of politicians on live TV.

A secondary plan was to lock the door and set the building on fire.

Fourteen men have been charged by the state and federal government in related cases. The documents were filed in Jackson County Court last month.

The plot planning went on for about six months. Whitmer was allegedly targeted because she imposed the shutdowns of non-essential businesses amid the COVID-19 pandemic; the plot was supposed to be carried out before the November election.

Federal and state authorities have said much more evidence will be coming out as the cases against the 14 charged move forward in court.

Federal officials have asked a judge in Grand Rapids, who has jurisdiction over six of the men charged, for a protective order to keep the names of confidential informants and undercover FBI agents private.

This story was originally published by WXYZ in Detroit.