Airline worker busted with 9 pounds of cocaine taped to legs 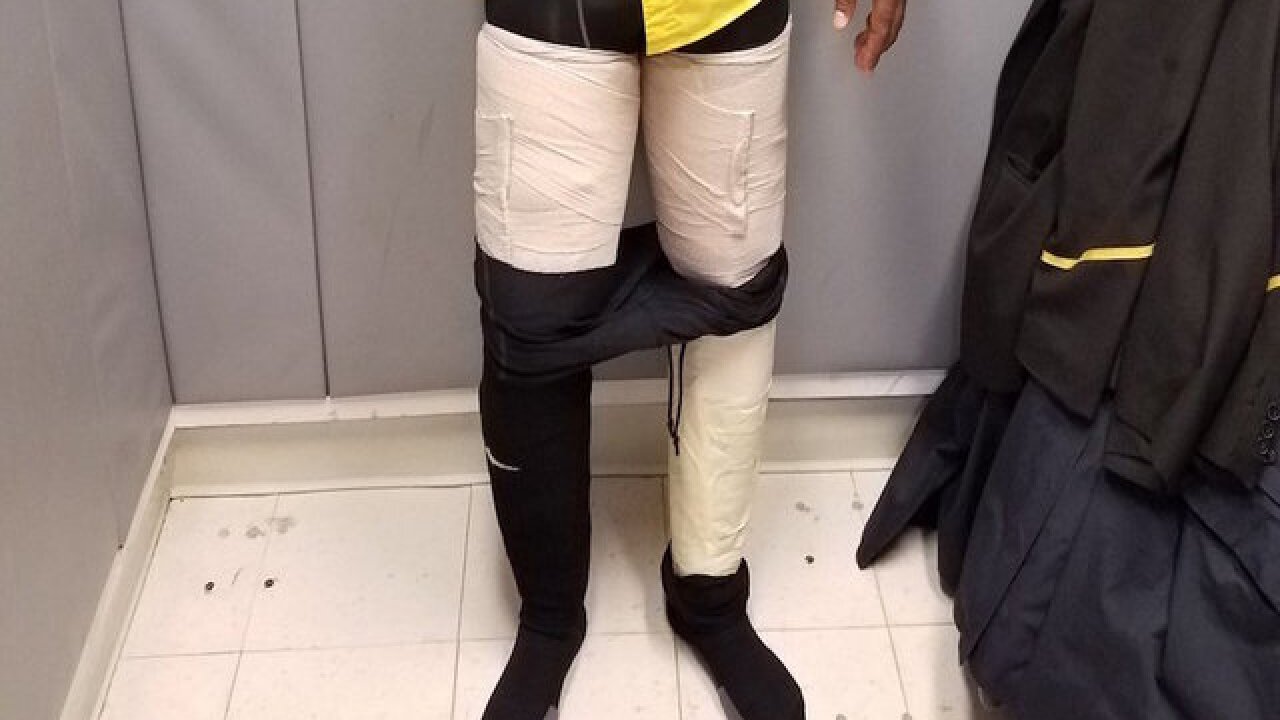 A crew member of Fly Jamaica Airways has been arrested for attempting to smuggle cocaine into the United States, according to a statement by the US Customs and Border Protection.

The drugs were discovered after the man was escorted into a private search room at JFK International Airport in New York on March 17, the statement said. His flight had arrived from Montego Bay, Jamaica.

Federal agents said they discovered four packages taped to his legs. Nine pounds of cocaine was seized, with a reported street value of $160,000.

Photos released by the CBP show the suspect, in his airline uniform, with pants pulled down and white tape around his thighs and ankle.

The suspect has been charged with federal narcotics smuggling and will be prosecuted by the US Attorney's Office.