After 54 years at NASA, Apollo 11 engineer can't see himself retiring

After 54 years at NASA, an Apollo 11 Mission engineer can't see himself retiring 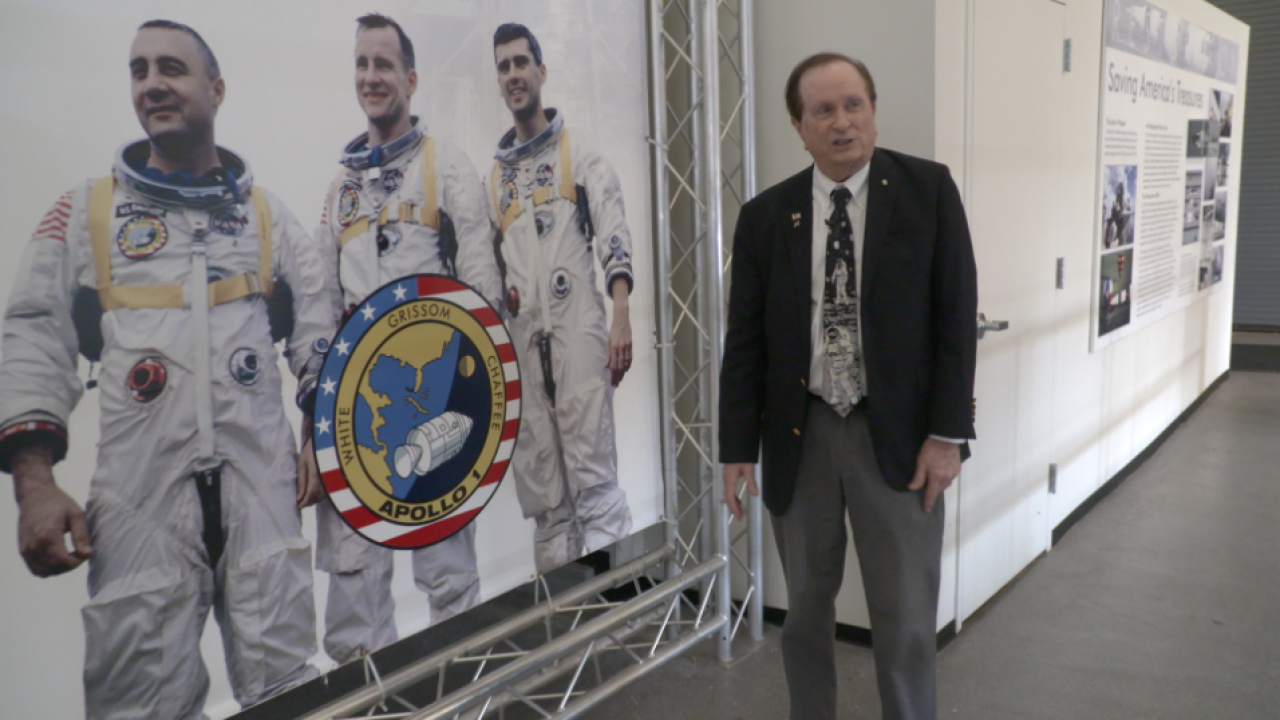 HOUSTON, Texas – Fifty years ago, when the first man walked on the moon, most of the country was glued to a television set, watching in awe. It was a historic and captivating moment, made possible by people like Jerry Woodfill.

“I, at Johnson Space Center in Houston, am the last engineer that worked directly on the Apollo mission to the moon,” said Woodfill. “I was the alarm system engineer.”

There was only one alarm system engineer for the Apollo 11 mission.

“John Kennedy put it like this, when he spoke before Congress on May 25, 1961, ‘we send a man to the moon and we want him to return home safely to the Earth,’” Woodfill said. “Now the guy that was responsible, I think, for returning him safely, that was my assignment.”

It was a job well done, because the three astronauts that went to the moon for the first time, all made it back safely.

Jerry Woodfill would go on after Apollo 11 to be a part of the Apollo 13 mission and continued to work for NASA for more than five decades. In fact, at 76 he is still working at the Johnson Space Center in Houston with no plan on retiring anytime soon.

Part of the reason he wants to stick around at NASA is because of a seemingly new resurgence of excitement about space and there’s a new mission to go back to the moon.

“In certain areas [going back to space this time] it’s more exciting,” said Woodfill. “Our technology level has so much advanced.”

With better technology now, and more of an understanding of space, Woodfill, knows it is going to be easier to get a man and woman to the moon and the possibilities are greater.

This time, the plan is stay on the moon longer, NASA is planning to have a satellite space center called Gateway orbit the moon. Astronauts could live on Gateway and go back and forth to the moon’s surface. There, this time around, astronauts will focus on a part of the moon’s surface where there are craters. In those craters, satellite imaging shows there is ice water. Astronauts hope to find that water, and other elements that could lead to a possible fuel source to head to Mars.

“There’s something inside of me that says we can come up with something. That could make it doable. You know it the next 10 years. Something could happen,” he said.

If it doesn’t happen while the Apollo mission alarm engineer is still around, he hopes the generation that gets to see a man on Mars will be as excited about it as he would be.

“I thank the Lord that I was able to work for NASA and be involved in aerospace, and not just aerospace but all the technology that contributed to doing the things we’ve done,” said Woodfill. “There are 30,000 things from a pacemaker in your heart to an advanced hearing aid that came because we went to the moon.”

There are likely to be thousands of more technological advances on earth as a result of NASA heading back to the moon again.