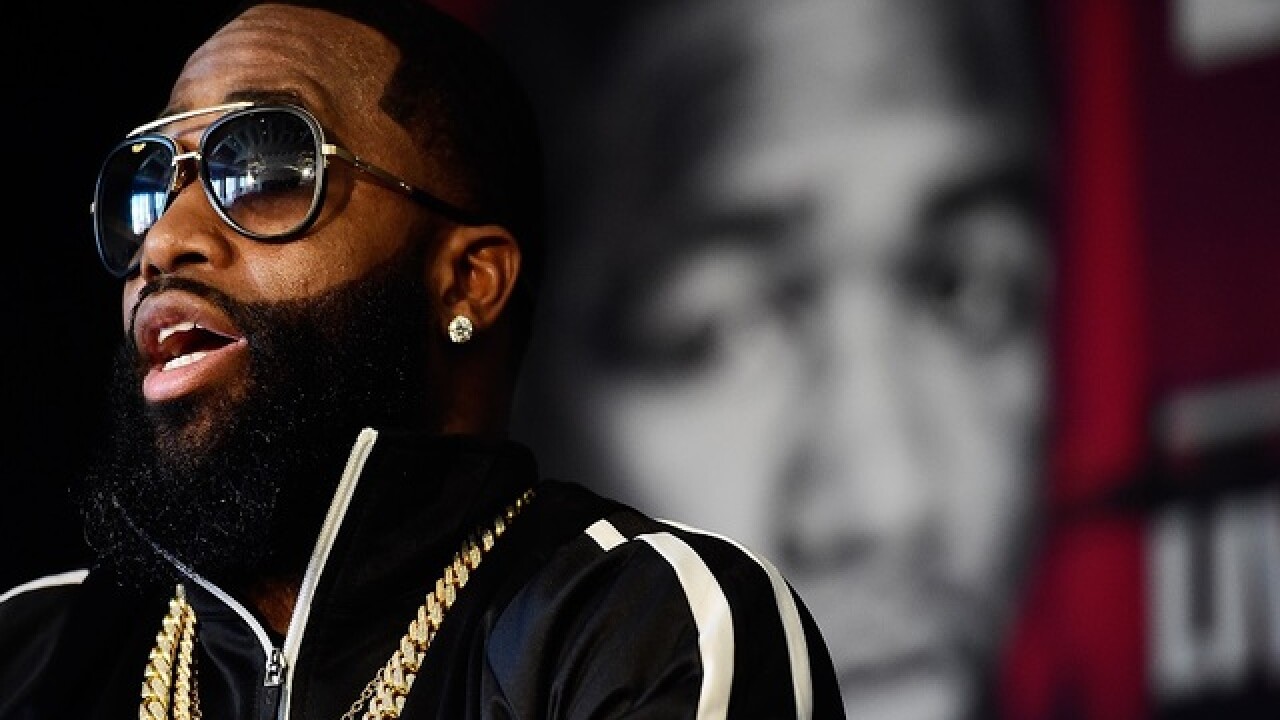 Boxer Adrien Broner is apparently “OK” after posting what appeared to be a series of suicide threats on Instagram Wednesday.
Citing two people close to the athlete, Sports Illustrated reports that Broner, 27, is safe after the alarming posts.
In one Instagram post – which featured an image of white text on a black background -- he wrote, “3PM I’m doing it. I’m sorry to my family and friends but I don’t want to be here no more.”
A short time later, he posted a photo of a handgun with the caption, “I’m going home I love y’all.”
Then, shortly before 3 p.m., he posted an image similar to the first one, which read, “25 minutes.”
Broner’s girlfriend, Arie Nicole, wrote on Snapchat Wednesday that “Adrien is okay,” while the star’s longtime adviser, Sam Watson, echoed those words.
“He’s OK, he’s OK,” Watson told The Guardian. “I’m not sure what’s going on but I talked to him yesterday and he was fine. I’m sure he’s OK.”
Broner, who has held title belts in four divisions, has a career record of 32–2–1 with 24 knockouts.
Despite his achievements, has been caught up in a bit trouble lately, charged in January with assault and robbery following an incident at a Cincinnati bowling alley. Those charges were dropped last month.
In July, Broner was sentenced to 30 days in jail for arriving late to a trial appearance, Sports Illustrated notes.
Copyright 2016 Scripps Media, Inc. All rights reserved. This material may not be published, broadcast, rewritten, or redistributed.