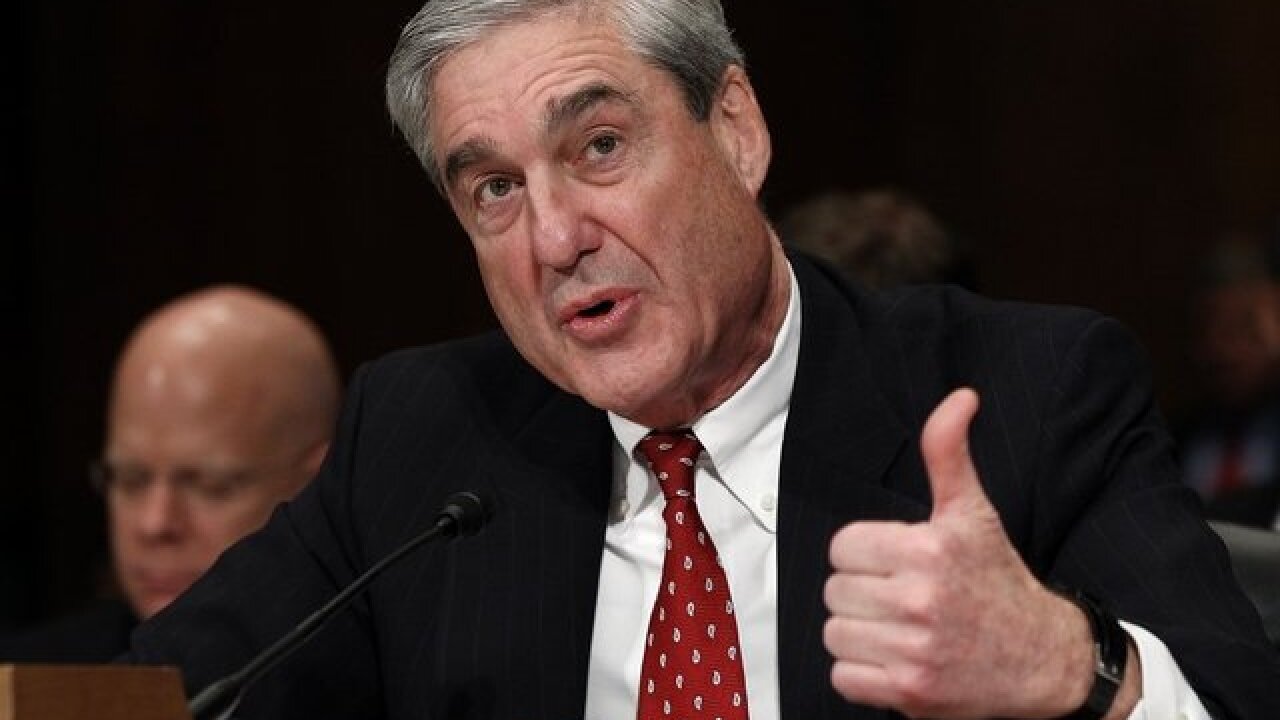 Former Trump campaign adviser Rick Gates is finalizing a plea deal with special counsel Robert Mueller's office, indicating he's poised to cooperate in the investigation, according to sources familiar with the case.

Gates has already spoken to Mueller's team about his case and has been in plea negotiations for about a month. He's had what criminal lawyers call a "Queen for a Day" interview, in which a defendant answers any questions from the prosecutors' team, including about his own case and other potential criminal activity he witnessed.

Gates' cooperation could be another building block for Mueller in a possible case against President Donald Trump or key members of his team.

Once a plea deal is in place, Gates would become the third known cooperator in Mueller's sprawling probe into Russian interference in the 2016 presidential election. It would also increase the pressure to cooperate on Gates' co-defendant Paul Manafort, Trump's former campaign chairman, who has pleaded not guilty to Mueller's indictment and is preparing for a trial on alleged financial crimes unrelated to the campaign. Gates pleaded not guilty on October 30 alongside Manafort.

"Nobody (who's charged) goes in to provide incriminating information to the government unless it's part of plea negotiations," said a criminal defense attorney who represents a witness in the case. In a Queen for a Day interview, a defendant can typically admit to crimes with little additional consequences, unless he or she lies.

After the interview, there's a very small chance a defendant could turn back toward fighting the charges, according to several lawyers who specialize in federal criminal cases.

The White House sees little sign that Gates' cooperation could pose any risk to the President. "There'd be no anxiety here" if Gates cooperated with Mueller in exchange for a plea deal, one White House official said.

It's still unclear what Gates, who outlasted Manafort in the campaign and later worked on the Trump inaugural efforts, could share that would be of value to the Russian collusion investigators, outside the Manafort case. The value of what a defendant says factors into the plea negotiation as both sides finalize the deal.

After an interview, prosecutors typically investigate the information a defendant provides. They then negotiate the defendant's ultimate charges or potential sentence.

Gates' plea deal could be announced in the next few days, given that he's asked a judge for an extension until Wednesday to discuss his in-flux legal representation.

At the same time, investigators with the special counsel's office are preparing to file new charges against him, according to people familiar with the probe. The additional charges are tax-related, these people say, which could increase the fines and prison time Gates faces in court. More charges are also being prepared against Manafort related to his work before he joined the Trump campaign, according to another source familiar with the case.

The threat of new charges could be used in the negotiation to pressure Gates into cooperating and pleading. With his current set of eight charges, Gates could face 10 or more years in prison if found guilty.

The options in a criminal case are "either trial or plea," said Brian Stolarz, a white collar lawyer who specializes in federal cases. "You have to have the heart, the stomach and the wallet to proceed with the trial."

Several developments of the past months have pointed to Gates pursuing a different path than a trial -- from Gates' lack of focus in court on fighting the charges to his financial situation at home.

His court case since then has barely focused on trial preparations, which Judge Amy Berman Jackson noted in court on Wednesday as she urged the lawyers to set a trial date.

Gates' legal team quibbled over his bail terms and house arrest for more than two months after his indictment. Recently, they've been focused on a question of who will represent him in court. The three trial lawyers who took on Gates' case shortly after his indictment asked to part ways with their client on February 1. The legal team drama culminated in two long sealed hearings in front of the judge last week and on Wednesday. The two-and-a-half hours spent on that topic suggest the lawyers' situation with Gates is more complicated than a typical attorney changeover.

Working separately from Gates' trial lawyers is the well-known Washington defense attorney Thomas Green. Green, who has known Mueller personally for years, is negotiating Gates' plea deal, according to people familiar with the case. He has visited the special counsel's office multiple times in the last several weeks. Green appeared with Gates yesterday in court, but is not handling his trial situation.

Gates -- without using an attorney -- asked the judge this week if he could wait until February 21 to clear up his attorney issue with the court.

Aside from the legal maneuvering, the father of four has faced personal and financial pressure to bring his legal proceedings to a speedy resolution, according to a person familiar with the situation.

Gates has told associates he had hoped for outside assistance from a legal defense fund, but deep-pocketed GOP donors have shown little interest in helping either Gates or Manafort cover their legal fees, two sources said.

The judge has already acknowledged that Gates could not show he had $5 million in assets to secure his bail. His financial situation is further hampered by assets he would have to forfeit to the government if found guilty of money laundering charges. A complex criminal case such as this could cost a defendant more than a million dollars in legal fees, especially if he were to go to trial, according to several people familiar with the legal industry.

The stress has taken a toll on Gates' young family, who have urged him to do what is necessary to conclude these proceedings, a source said. Gates lives in Richmond, Virginia, with his wife and four children.

Privately, Trump has expressed sympathy for both Manafort and Gates, believing that the only reason they are in legal jeopardy is because Trump associates have been unfairly targeted in a Russia probe the President has deemed a "witch hunt."

"If Gates cooperates against Manafort that's nothing to us," the White House official said. "They have a hard case to make against Manafort. That's why Gates might get favorable treatment."

The charges against Manafort and Gates center on work they did for Russia-sympathetic politicians in Ukraine between 2006 and 2015. Federal prosecutors said they earned tens of millions of dollars from that work, which they then allegedly laundered through US and foreign companies and bank accounts.

Manafort faces up to 15 years in prison if found guilty of nine charges and is still under house arrest. His attorney has pledged to fight the charges, and has even sued Mueller and the Justice Department for overreaching the purpose of their investigation with this case.

Manafort and Gates were at the helm of the campaign during the critical summer 2016 period when senior campaign officials, including Manafort, met a group of Russians at Trump Tower who had promised damaging information on Democratic nominee Hillary Clinton. They were also in charge during the Republican National Convention when a handful of Trump campaign associates met with the Russian ambassador, and when Trump campaign officials intervened to change language on the platform about the Ukraine crisis.

Gates often traveled with Trump during the campaign and grew close to other top advisers. When Manafort was ousted from the campaign in August 2016, Gates' role was diminished, and he later stepped away from the campaign. But he remained in the Trump orbit and worked as a senior official for Trump's inaugural committee.

The White House believes Mueller is primarily interested in information Gates can provide about his long business history with Manafort rather than activities related to the presidential campaign or transition.