A teenage killer’s eerie tweets she sent after stabbing friend to death: 'We really did go on three' 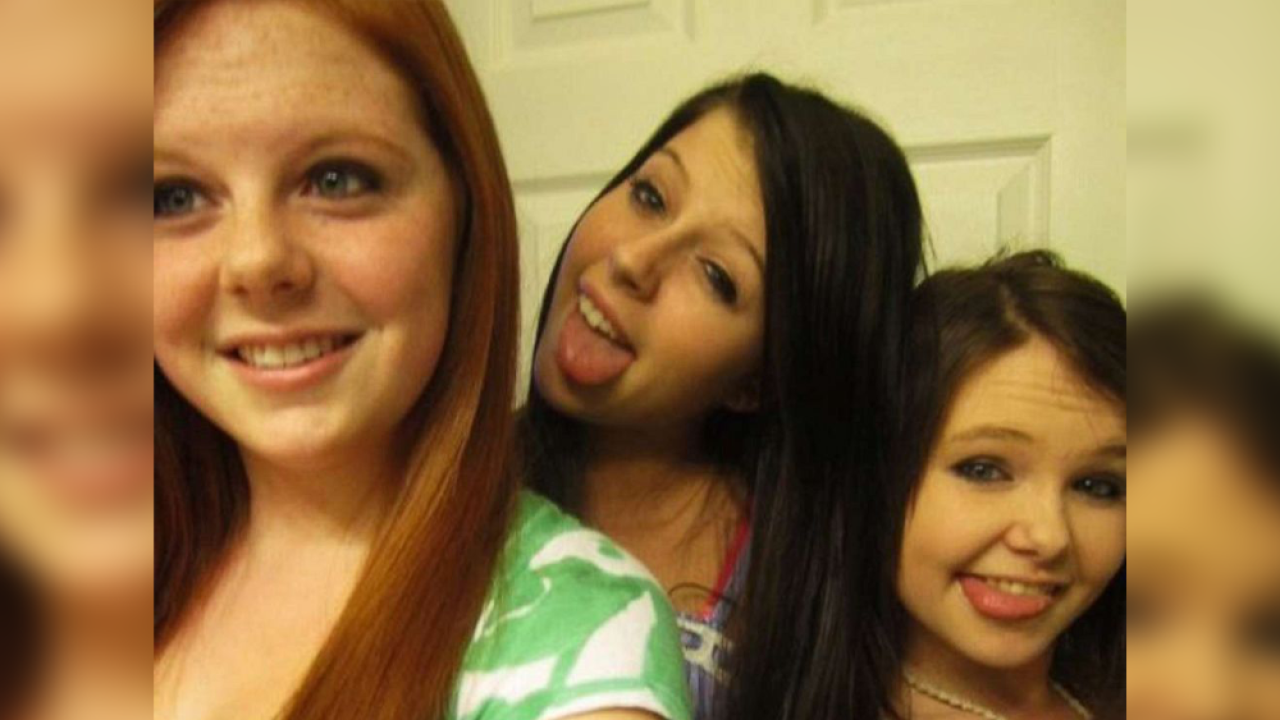 Skylar Neese (right), Sheila Eddy (center) and Rachel Shoaf (left) are seen here together in this April 2011 photo that was posted on Neese&#39;s Facebook account.

Sixteen-year-old Skylar Neese never made it back home after she snuck out of her Star City, West Virginia, home after midnight on July 6, 2012, to meet up with her two friends, Rachel Shoaf and Sheila Eddy, both of whom were the same age.

After Neese went missing, her mother said Eddy told her that the three of them had been driving around town that night getting high before she and Shoaf had dropped Neese off at the end of the road from her apartment building so that Neese could sneak back in. The surveillance camera on Neese's apartment building captured her sneaking out and getting into a car at around 12:30 a.m.

As the investigation into Neese's disappearance continued, suspicion mounted that the girls were harboring a secret. A few months later, Shoaf suffered a nervous breakdown. Then, on Jan. 3, 2013, she confessed to her attorney and police that she had stabbed Neese to death with Eddy. She agreed to lead authorities to Neese's remains, which were in a wooded area over the Pennsylvania state line, about 20 miles from Star City.

“We asked Rachel, ‘Why did you guys kill Skylar?’ And her only answer to that was, ‘We just didn’t like her,’” State Police Cpl. Ronnie Gaskin told "20/20" in a previous interview.

Neese’s parents told “20/20” that the three high school sophomores used to be inseparable. But in the days leading up to her death, Neese's Twitter account, which was eventually deleted, showed that something had gone awry.

The day before she was killed, Neese tweeted, "you doing s*** like that is why I can NEVER completely trust you."

Neese's last tweet, sent out hours before she snuck out of her bedroom window, was a retweet from a friend who had posted, "All I do is hope."

Prior to Shoaf's confession and before the truth about Neese's disappearance was revealed, Eddy remained active on Twitter, posting regularly about her thoughts and day-to-day activities as authorities searched for her "missing" friend. In hindsight of Neese's murder, several tweets from Eddy seemed disturbing.

Eddy's first tweet on July 7, 2012, the day after she and Shoaf killed Neese, was a message to a friend wishing her a happy birthday:

In the months that followed, Eddy regularly tweeted about watching TV, school, hating homework and other typical teenage things. She even tweeted about her and Shoaf's close friendship, writing in one tweet, "no one on this earth can handle me and rachel if you think you can you're wrong."

Then, on Jan. 3, 2013, Shoaf confessed to stabbing Neese to death with Eddy and told authorities where they had left her body. Meanwhile, Eddy kept up appearances that everything was normal, tweeting about watching her favorite TV shows: "staying home on a Tuesday is the best cause law and order svu is on all day."

On the morning of March 13, 2013, the U.S. Attorney's Office publically announced that the human remains found in the wooded area in Brave, Pennsylvania, belonged to Skylar Neese. Eddy, still keeping up appearances, pretended to be devastated over the news that her friend had been found dead, tweeting, "Rest easy Skylar, you'll ALWAYS be my best friend," with a photo montage of her and Neese together, and the words "worst day of my whole life."

During her January 2013 confession, Shoaf had told authorities she and Eddy had planned Neese's murder while in science class together. The plan was to pick Neese up from her house at night and drive to a remote area to smoke marijuana. Once they were in the woods, Shoaf said the plan was to count to three, then stab Neese to death.

The following day, she tweeted:

As the investigation continued, police determined that the car Neese had been seen getting into on surveillance footage was Eddy's car and that blood found on the car belonged to Neese. On May 1, 2013, Eddy was arrested in a restaurant parking lot and Shoaf turned herself in to authorities. Both teens were charged with murder as adults.

Eddy pleaded guilty to first-degree murder for her role in the killing. On Jan. 24, 2014, roughly 18 months after Neese’s death, she was sentenced to life in prison.

Shoaf, who pleaded guilty to second-degree murder, was sentenced to 30 years in prison the following month.

Today, both women are 23 years old and remain incarcerated at the Lakin Correctional Center in West Virginia.

In memory of their daughter, Dave and Mary Neese helped pass Skylar’s Law in West Virginia. It requires Amber Alerts for all missing children, not only those believed to have been kidnapped.

The Neeses also transformed the wooded area where their daughter's body had been found into a memorial.

“Something horrible happened here,” Neese's father Dave Neese told "20/20" in a previous interview. “But I wanted to take the horrible thing that happened here and try to turn it into something good — a place that people can come and remember Skylar and remember the good little girl that she was, and not the little beast that they treated her like.”