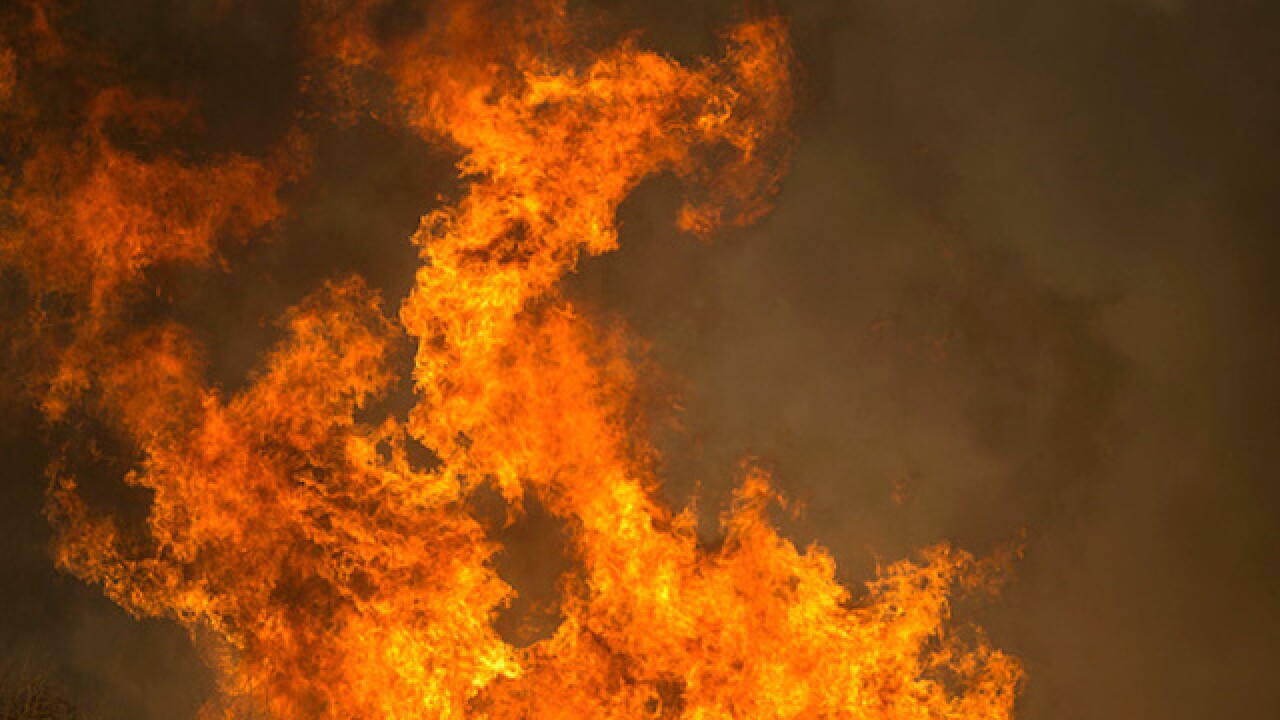 David McNew
<p>SANTA CLARITA, CA - JULY 24: Fire spreads in Placerita Canyon at the Sand Fire on July 24, 2016 in Santa Clarita, California. Triple-digit temperatures and dry conditions are fueling the wildfire, which has burned across at least 32,000 acres so far and is only 10% contained. (Photo by David McNew/Getty Images)</p>

A 75-pound tortoise has been reunited with his owners after he was found attempting to outrun the wildfires that have forced thousands of people to evacuate north of Los Angeles.

According to ABC News, the owners of Tank the tortoise were forced to leave him behind earlier this week when the Sand Fire threatened to destroy their home.

Tank the Tortoise for the win! #happyending Via @NPR https://t.co/kApCOvLnUU

"Because of the tight time frame he was given, my husband was only able to take our two dogs, his bearded dragon and the essentials," said Wendy Collins, Tank’s owner, to ABC News.

Luckily, Collins was able to contact the Los Angeles County Sheriff’s Department, who worked with the County of Los Angeles Department of Animal Care (DACC) to put together a rescue mission for Tank.

Aaron Reyes, the deputy director of the DACC, finally spotted Tank near Collins’ home “walking as quickly as he could away from the fires.”

Collins, who has owned Tank since he was “the size of a small pin” and went by the name Pebbles, was ecstatic to have him home.

"When he got home, the first thing he did was go straight to bed," she said. "He's adorable. We're so glad this had a happy ending."