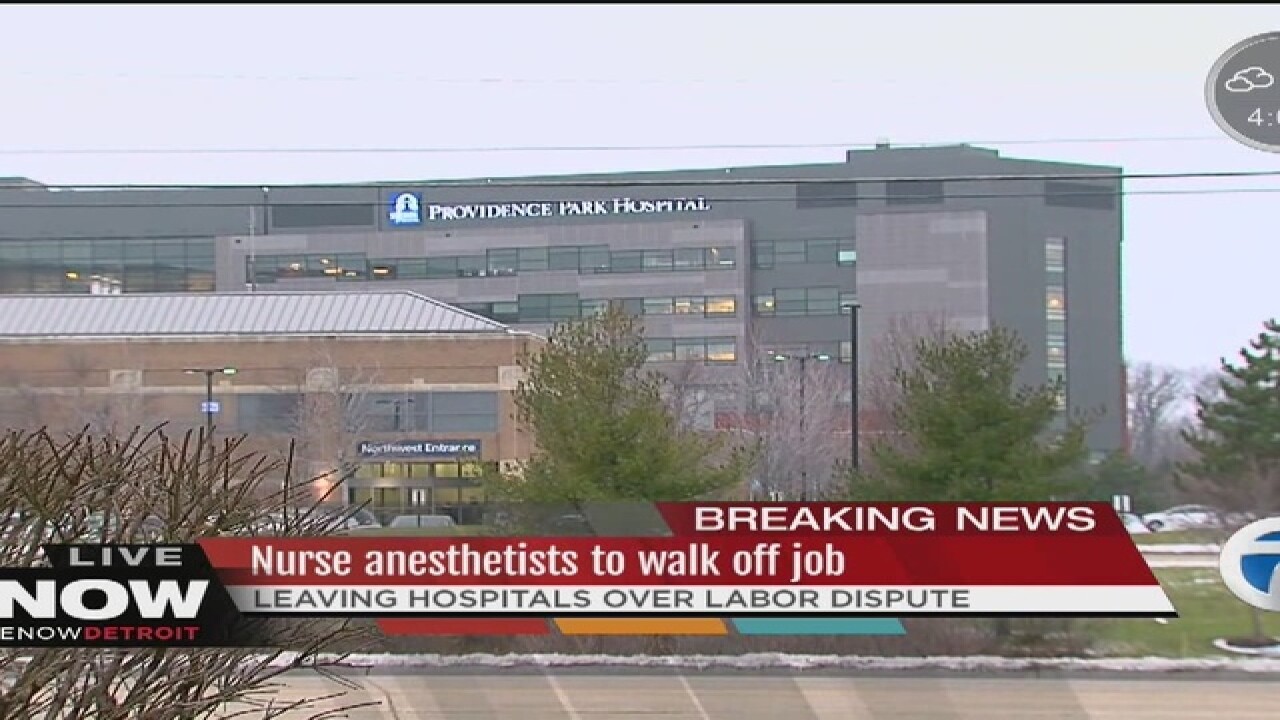 Sixty-six nurse anesthetists will be walking out of two Michigan tomorrow night at midnight.

They are known on Twitter as the #Michigan68 and they are taking a very strong stand, that is being watched around metro Detroit and the nation.

They are the highly skilled nurse anesthetists who are hands on during surgery, on the job 24-7 at St. John Novi and at Providence Hospital in Southfield, Mich.

Sixty-six of the 68 are saying no to working for a brand new outsourced company formed by a local doctor, Dominick Lago - an anesthesiologist.

He has not given them all the information they need to make an informed decision.

The hospital says they are done as of midnight tomorrow night.

One of the nurse anesthetists is a new mom.

She was supposed to have her baby in a couple of weeks, but induced labor to have it now because she also loses her benefits at midnight tomorrow night.

St. John Providence has refused to take any questions in this bitter dispute.

Officials put out another statement saying this will not affect operations, but how do they instantly fill 66 highly skilled, critical positions in surgery?