Copyright 2018 Scripps Media, Inc. All rights reserved. This material may not be published, broadcast, rewritten, or redistributed.
Win McNamee
<p>WASHINGTON, DC - SEPTEMBER 11: U.S. President Donald Trump and first lady Melania Trump, flanked by White House staff, place their hands over their hearts on the South Lawn of the White House during the playing of "Taps" at a ceremony marking the September 11 attacks September 11, 2017 in Washington, DC. Today marks the 16th anniversary of the attacks that killed almost 3,000 people and wounded another 6,000. Also pictured are Trump's daughter Ivanka Trump (2nd L) and Jared Kushner (L). (Photo by Win McNamee/Getty Images)</p>

President Donald Trump has made headlines on everything from immigration reform to the NFL, from Russia to the border wall.

But which of these topics will come up when he gives his first State of the Union address on Tuesday night?

But ABC News is looking at five other possibilities that might garner a mention or may be a silent presence in the room.

At least 24 House members and several senators are bringing Dreamers or people with ties to immigration reform to the State of the Union. While Trump is expected to address the topic, will he take the opportunity to address the Dreamers directly? Expect TV cameras to scan the guest gallery and highlight these guests as the president speaks on the issue. 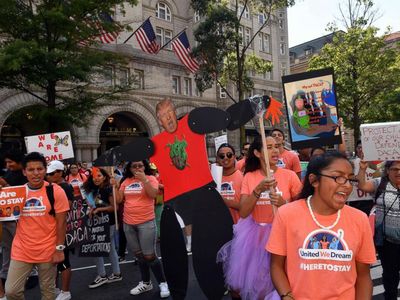 Trump has said he wants a bipartisan solution to immigration reform so look to see if anything he says on the topic gets applause from both sides of the House chamber.

“For many years, for many, many years they have been talking immigration and never got anything done. We're going to get something done. We hope. It has got to be bipartisan. The Republicans really don't have the votes to get it done in any other way. It has to be bipartisan. But hopefully the Democrats will join us or enough of them will join us so we can really do something great for DACA and for immigration in general,” the president said on Monday.

It’s the first speech before Congress since the president appointed Neil Gorsuch to the high court. Will Gorsuch attend and will he get a shout-out from Trump? What other justices will be there? It’s unclear if Ruth Bader Ginsburg will make it back from her event in Rhode Island on time and whether she’ll attend if she does. She, Samuel Alito and Clarence Thomas did not attend Trump’s February address to a joint session of Congress last year.

The opioid crisis is expected to get a mention. The White House announced on Monday that police officer Ryan Holets of Albuquerque, New Mexico, will sit in the first lady’s box. He and his wife adopted a baby from parents who suffered from opioid addiction.

Unknown is if Trump will call for a repeal and replacement of Obamacare, which is something he did in his February speech. 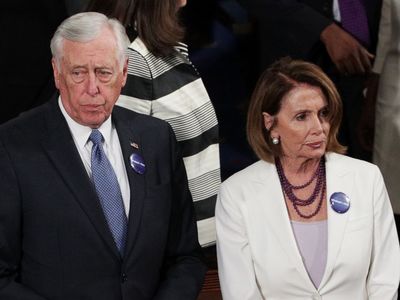 As important as what the president says in his speech, there are also the things observers will be watching for that will go unsaid.

First Lady Melania Trump: The first lady traditionally gets a shout out (and a standing ovation) during the speech. Expect a little more attention than usual though, after the first lady canceled her plans to join her husband in Davos, and her spokesperson released a statement slamming the “salacious & flat-out false reporting” in the “tabloids.”

The #metoo movement: The president isn’t expected to mention this in his remarks but several Democratic lawmakers will wear black, following the lead of actresses at the Golden Globes earlier this month, to highlight the issue. Democratic lawmakers are also bringing sexual assault victims as their guests. Additionally, in an effort led by Reps. Katherine Clark, D-Conn., and Joe Crowley, D-N.Y., some members of Congress will wear the TIME’ UP pin to stand in solidarity with survivors of sexual harassment and assault.

Gun violence: Trump was asked about the issue in an interview with Piers Morgan and reiterated his support for gun rights. "I’m a Second Amendment person. I think you need it for security," he said. "You've had so many attacks, where there was only a gun — a bad person’s gun — going in this direction and if you had one on the other side. In fact, that’s a very big example. And if they had the bullets going in the opposite direction, you would have saved a lot of lives."

Democratic Rep. Henry Cuellar of Texas is bringing Stephen Willeford, a member of the Sutherland Springs community, who bravely confronted the shooter during the fatal attack last November at the First Baptist Church in Texas, as his guest.

History is against the president this year. The incumbent president’s party tends to lose congressional seats in the midterm elections. Democrats are banking on that happening this year. They’re bolstered by the fact that 33 Republicans are retiring or running for another office, according to an ABC News count, which means at least 11 percent of the GOP lawmakers at the speech won’t be there at this time next year.

Also boosting the Democrats is polling. They held a 14-point advantage among likely voters when it came to a congressional preference in the latest ABC News/Washington Post poll. 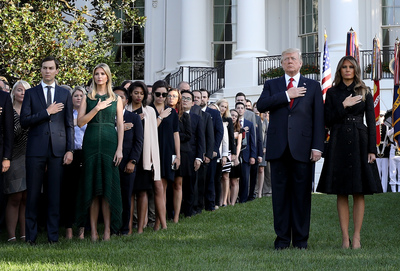 The Republican-passed tax cuts are expected to be a major theme in the president’s address and in GOP messaging during the 2018 election. The White House announced Corey Adams of Dayton, Ohio, will sit in the first lady’s box. In 2017 Corey and his wife became first-time homeowners and “they will invest their extra money from tax reform into their two daughters’ education savings.”

Whatever is said (or unsaid), the State of the Union usually draws a large audience and gives the president a chance to lay out his agenda for the coming year. Trump acknowledged that on Monday when he said his address “is a big … important speech.”

And Sanders encouraged people to watch at her press briefing on Monday.

Asked what the president’s optimistic message will be, she responded: "I think it's incredible and I think that you'll hear that in the president's words tomorrow night. Look we've got an economy that's booming. ISIS is on the run. We're remake the judiciary in a way that actually believes in the Constitution. There are great things happening."

ABC News will begin live-streaming coverage of the State of the Union Address on Tuesday night starting at 8:15 p.m. EST.

Then at 9 p.m. EST you can watch the full State of the Union Address followed by the Democratic response on abcnews.com, Facebook, Twitter, and YouTube, and the ABC News app.