Wounded Boston officers out of surgery 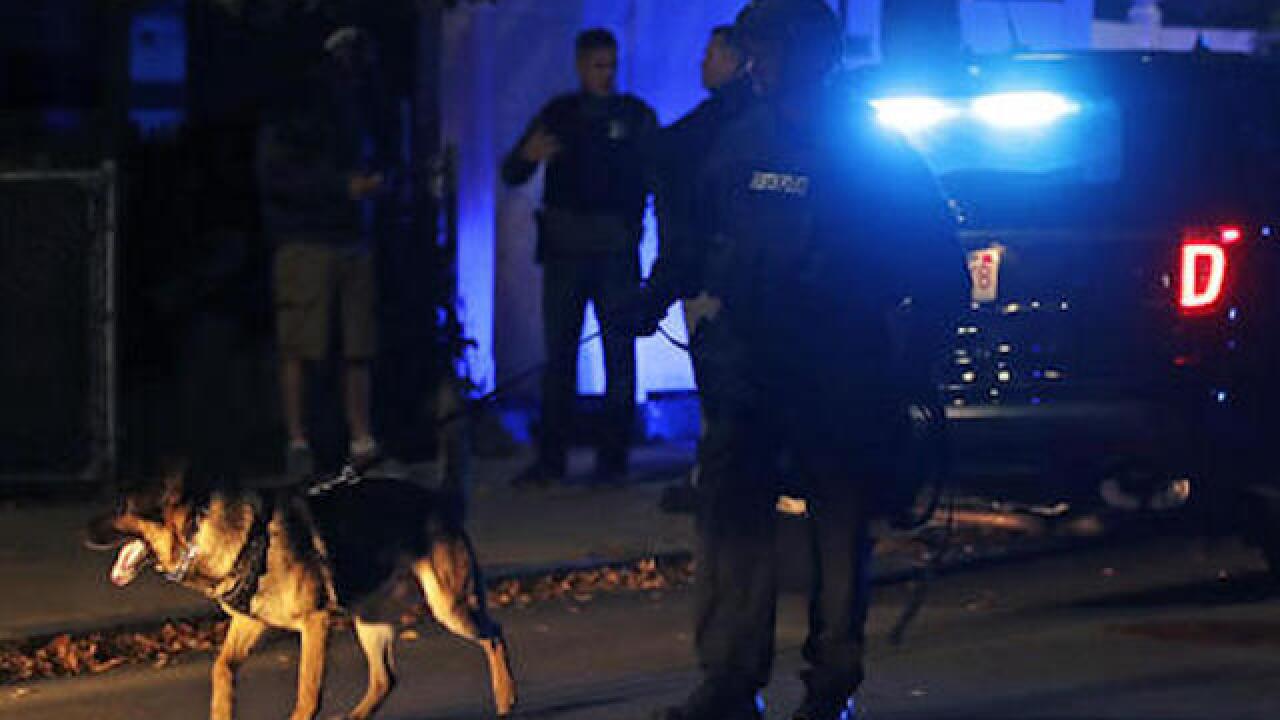 Copyright Associated Press
Charles Krupa
<p>Police search for a suspect after a shooting in the East Boston neighborhood of Boston, Wednesday, Oct. 12, 2016. Police say two officers were shot late Wednesday night. Their conditions were not immediately available. It's unclear what led to the shooting. (AP Photo/Charles Krupa)</p>

By: Associated Press
Posted at 12:11 AM, Oct 13, 2016
BOSTON (AP) — A man wearing body armor and armed with an assault rifle shot two Boston police officers who were responding to a report of a domestic disturbance, before being shot and killed by other officers, police said.

The wounded officers were in "extremely critical condition" but out of surgery and with their families on Thursday morning, Police Commissioner William Evans said.

"Domestic calls, as you know, are probably the most volatile. You never really know what you're walking into," Evans said. "And I think we see right now the dangers of our job."

They identified the suspect in Wednesday night's shooting in the city's East Boston neighborhood as 33-year-old Kirk Figueroa. He lived in the neighborhood.

Evans said the 33-year-old suspect fired at the officers late Wednesday night shortly after they arrived at a home in the city's East Boston neighborhood. Several other officers who were stationed outside ran inside and exchanged gunfire with the suspect.

"Two of the officers dragged their fellow officers out of the line of fire so they were in a protected zone, and the officers continued to engage in a gun exchange," Evans said.

The officers shot and killed the suspect and then began administering first aid to the wounded officers, one a 28-year veteran, the other a 12-year veteran of the force.

"One officer had his hand in one of the wounds and I think that was instrumental in getting the officer down to Mass General quickly," Evans said.

Police, initially concerned that their might be a second suspect, ordered residents to shelter in place. That order was later lifted.

Police did not release the names of the wounded officers.

As is standard protocol following such events, the district attorney's office said there would be an investigation into the use of deadly force.

"They ran into a firefight here, able to pull two of their officers out safely, and again unfortunately, we had to take a life in doing it," Evans said.