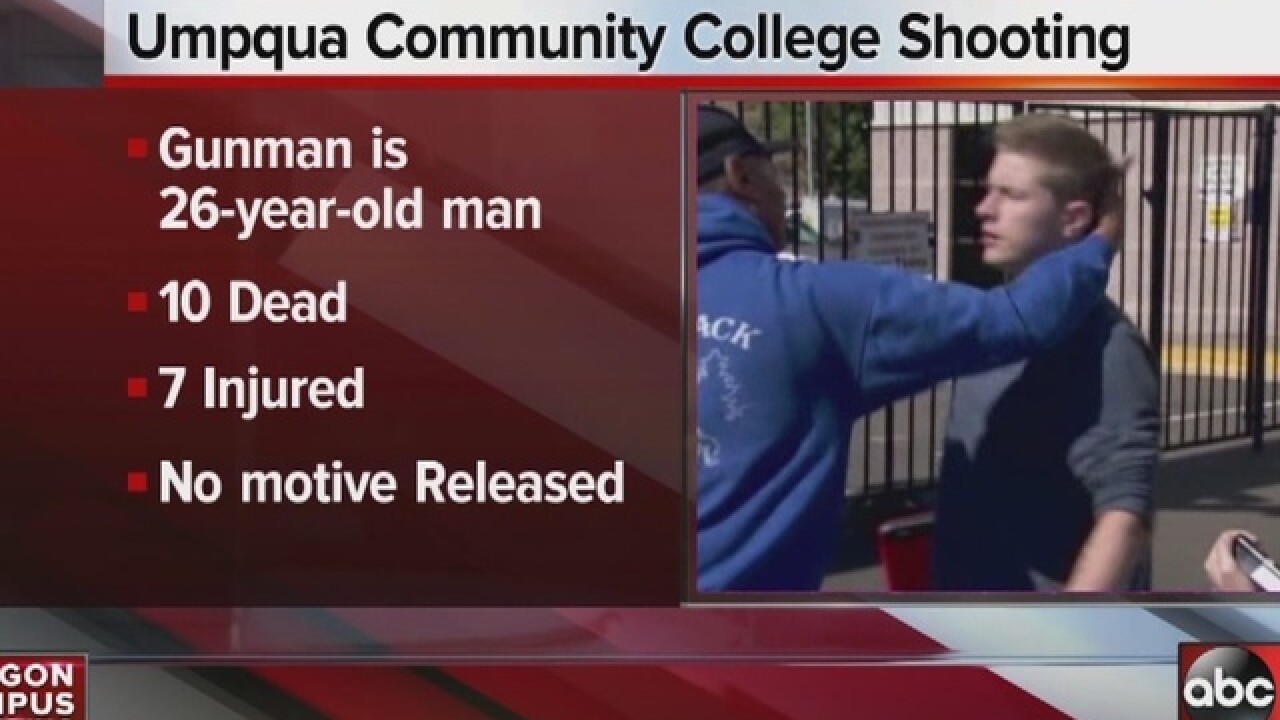 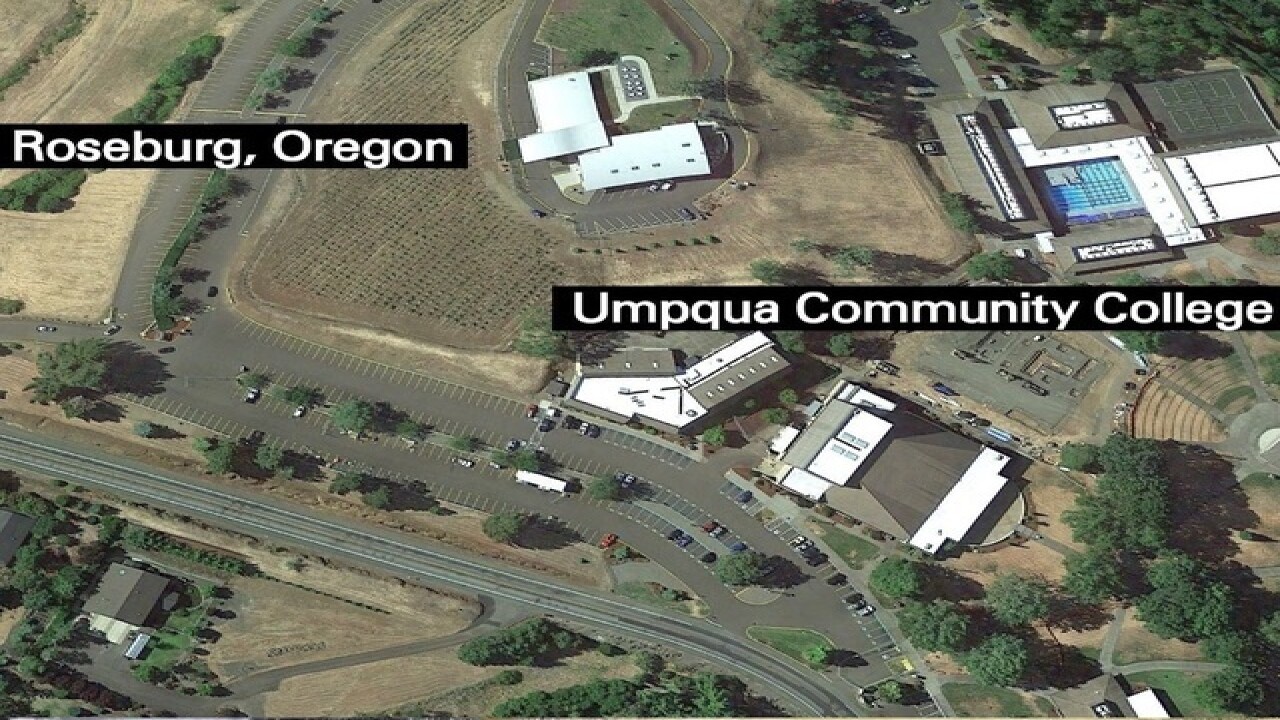 A gunman opened fire at an Oregon community college Thursday, killing at least 10 people and wounding 7, authorities said.
The shooter has been identified as Christopher Harper Mercer. He is 26 years old.
The shooting happened at Umpqua Community College in Roseburg, about 180 miles south of Portland. The local fire district advised people via Twitter to stay away from the school.

Oregon Attorney General Ellen Rosenblum said 10 people are dead. State police Lt. Bill Fugate told KATU-TV that at least 7 others were hurt. A photographer for the Roseburg News-Review newspaper said he saw people being loaded into multiple ambulances and taken to the local hospital.
Andrea Zielinski, a spokeswoman for the Douglas County Sheriff's Office, told The Associated Press: "There's no more threat."
The school has about 3,000 students. Its website was down Thursday, and a phone message left at the college was not immediately returned.
Neither state police nor the sheriff's office immediately returned calls from The Associated Press seeking details.
The sheriff's office reported on Twitter that it received a call about the shooting at 10:38 a.m. Students and faculty members were being bused to the county fairgrounds, the sheriff's office said.
"We locked our door, and I went out to lock up the restrooms and could hear four shots from the front of campus," UCC Foundation Executive Director Dennis O'Neill told the News-Review.
Mercy Medical Center in Roseburg reported that it had received nine patients from the shooting, with more on the way.
The White House said President Barack Obama was briefed on the situation by his Homeland Security Adviser Lisa Monaco. He was to continue receiving updates throughout the day.
Former UCC President Joe Olson, who retired in June after four years, said the school had no formal security staff, just one officer on a shift.
One of the biggest debates on campus last year was whether to post armed security officers on campus to respond to a shooting.
"I suspect this is going to start a discussion across the country about how community colleges prepare themselves for events like this," he said.
The rural town of Roseburg lies west of the Cascade Mountains in an area where the timber industry has struggled. In recent years, officials have tried to promote the region as a tourist destination for vineyards and outdoor activities.
This is a breaking news story. Please check back for updates.
Scripps Only Content 2015