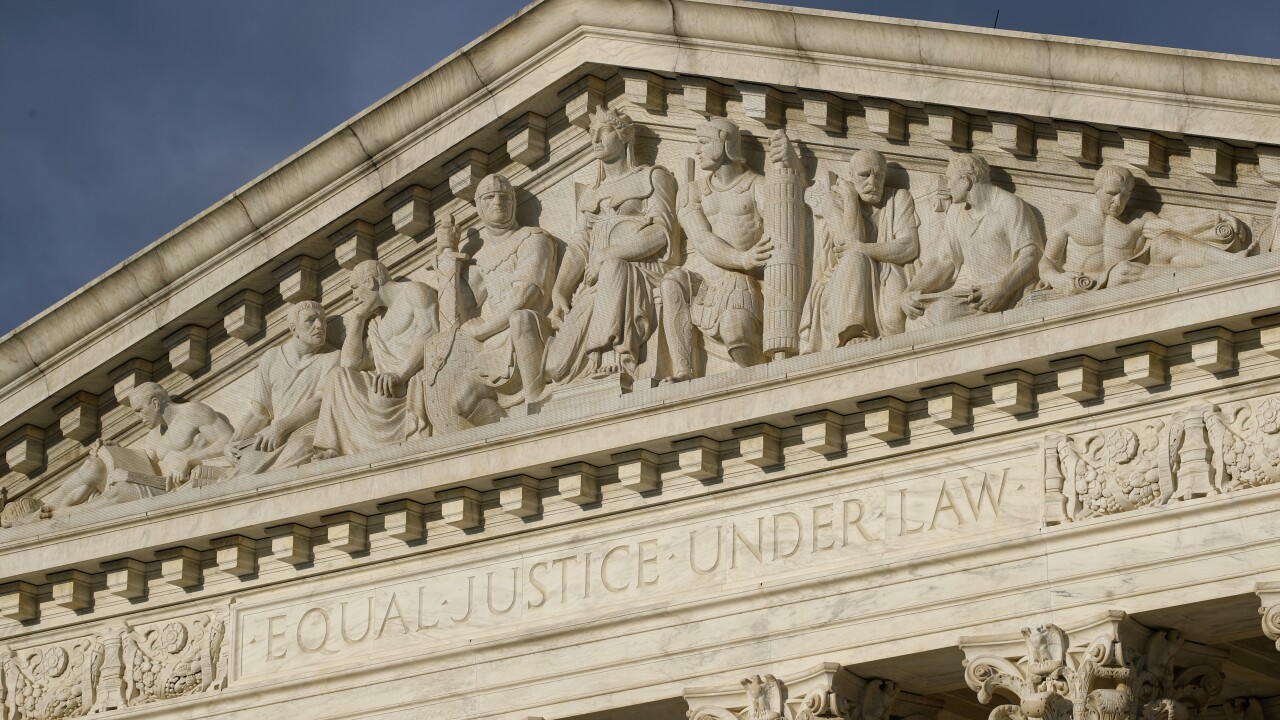 Copyright 2020 The Associated Press. All rights reserved.
Patrick Semansky/AP
In this May 3, 2020 photo, the setting sun shines on the Supreme Court building on Capitol Hill in Washington. (AP Photo/Patrick Semansky)

President Donald Trump is expected to name his pick to replace the late Justice Ruth Bader Ginsburg sometime this week.

Previously, the president announced his Supreme Court pick in a primetime address and similar plans are expected this time. While it remains unclear if Trump has the votes to confirm his pick before the election, the president has made clear he intends on picking a woman to fill Ginsburg’s seat.

"It will be a woman, a very talented, very brilliant woman," Trump said at a recent campaign event.

Trump confirmed on Monday that he is vetting five women for the seat.

One judge topping the list for President Trump is Judge Amy Coney Barrett.

Barrett has been long rumored to be a possible Supreme Court justice.

A federal appellate judge and Notre Dame law professor, Barrett is believed to be a true conservative having formerly clerked for the late right-wing beacon Justice Antonin Scalia. Barrett is also by legal standards young at only 48 years of age. In recent years, both political parties have opted for younger justices to ensure they can serve for decades.

In recent years, Barrett has sided with conservatives on cases involving immigration, guns rights and abortion.

In a 2017, Barrett took issue with Chief Justice John Roberts’ ruling to keep the Affordable Care Act in tact in 2012.

Writing for the Norte Dame Law Journal, Barrett said “Chief Justice Roberts pushed the Affordable Care Act beyond its plausible meaning to save the statute."

Judge Barrett and her husband, Jesse Barrett, a former federal prosecutor, have seven children, including two adopted from Haiti.

If the White House sees an issue with Judge Barrett, Trump may look at Judge Barbara Lagoa. By looking at Lagoa, the President may also find a major political advantage with winning Florida.

Lagoa is a Florida Cuban-American and according to her biography, the first Latina to ever sit on the Florida Supreme Court.

Politico reports that Florida Republicans are lobbying hard for Lagoa, believing Trump would certainly win Florida if she is selected. Lagoa is a Florida native.

Lagoa recently sided with Florida Republicans in an 11th Circuit case upholding a Florida law that all ex-felons must pay outstanding fines before they can legally vote.

Lagoa is married to Paul C. Huck, Jr., an attorney. They have three daughters. Like Barret, Lagoa is by legal standards quite young at 52 years of age and capable of serving for decades on the High Court.