Growing number of retirees are returning back to work

Growing number of retirees are returning back to work 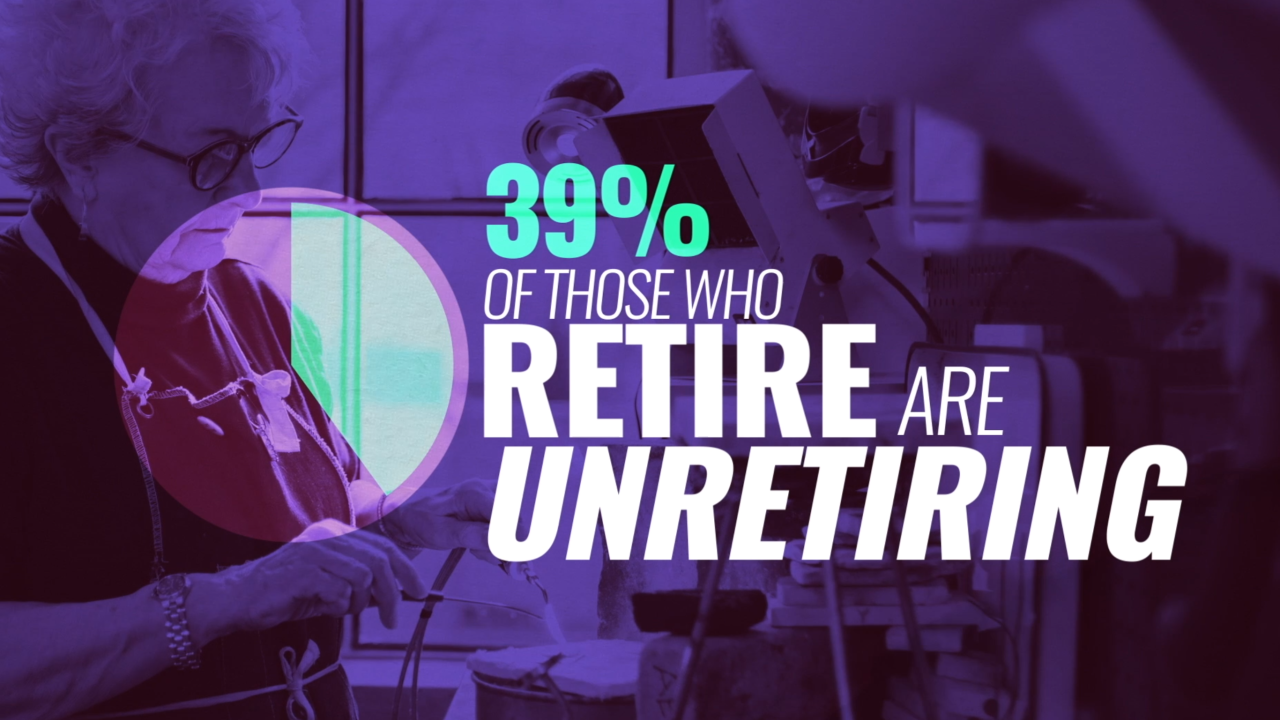 At Seminole High School in Florida, in between classes you’ll find the interim assistant principal, Kenneth Lewis, monitoring the halls and making sure students are getting to class. However, just a few weeks ago, things were a lot different for Lewis. He wasn’t working, he was retired.

“I am still health. I can still do some things, and I can still contribute,” says Lewis about his change in employment status.

Lewis is one example of a growing trend in the United States: retirees “unretiring.” A recent survey by the RAND corporation shows almost 40 percent of those who retire are now going back to work.

Lewis returned to work, because he wanted to. Unfortunately, most of the 60 percent who leave retirement are doing so because they need to.

Sutton retired after working for over 30 years, but she was only able to enjoy retirement for a year. It just didn’t end up being what she had envision it would be.

“My vision was to be traveling around the world, maybe in Hawaii, enjoying myself,” says Sutton. “Not worrying about medical insurance and things like that.”

Rising healthcare cost forced Sutton to re-evaluate her employment status. In retirement, she was getting $2,100 a month, but more than a quarter of that was going toward her monthly healthcare premium.

“I couldn’t have even imagined I would be paying this much in insurance,” she says. “That doesn’t include the prescriptions, the doctor’s appointments, the hospitalizations, the X-rays.”

Now, Sutton is teaching at Christian Teaching Academy in Deltona, Florida. Her healthcare premium is less, and she is putting more money away every month, hoping to fully retire one day.

The silver lining for those unretiring, whether it’s because they need to or want to,

is that in either case, they are able to return to the job market.

“I am in a position where I hire from both generations,” says Seminole High School Principal Jordan Rodriguez. “And I see the benefits of both generations. The benefits of hiring retirees is I know their work ethic. They come from a time when you commit to something and you see it through.”

Many employers from both Lewis and Sutton’s schools are embracing retirees returning to the workforce. The same goes for employers outside the education sector. In fact, employees 55 and older are now the fastest growing labor force in America.