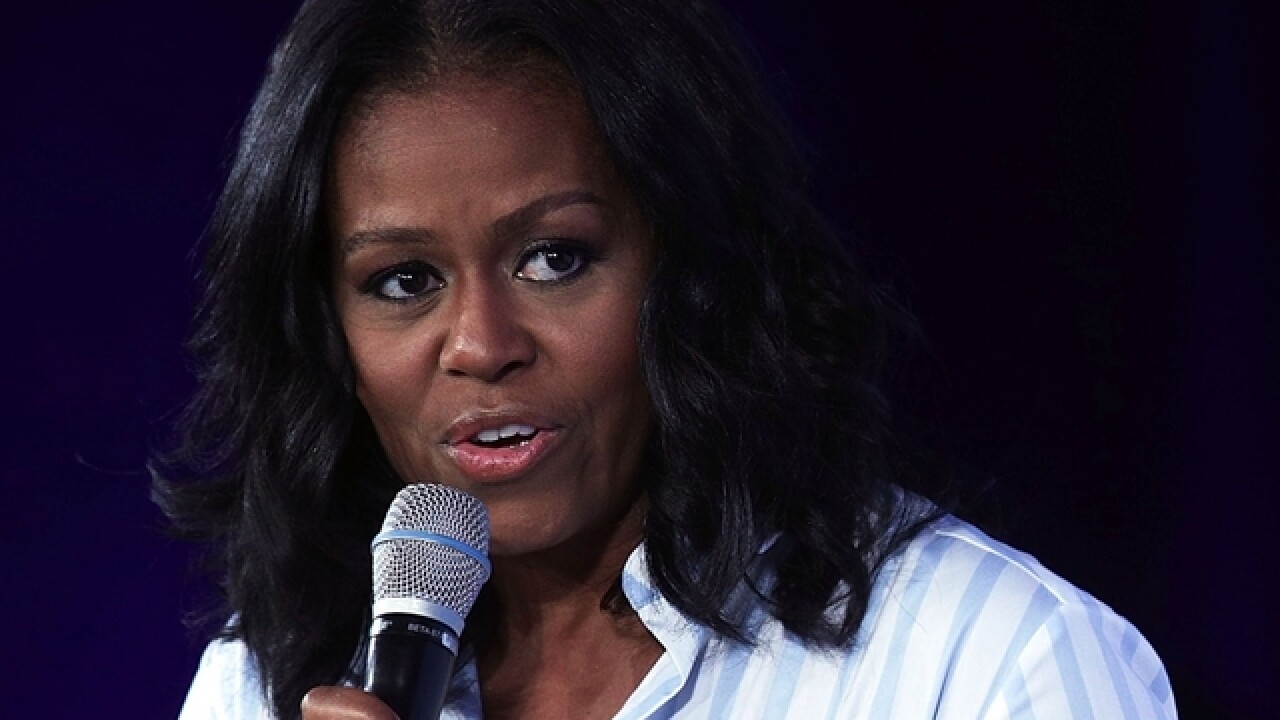 Could we see an Obama back in the White House in 2020?

Former Vice President Joe Biden says it's not likely to happen, but the "Committee to Draft Michelle Obama for VP" is working to build "substantial grassroots support for a potential Michelle Obama candidacy and help garner media attention for a vice-presidential nominee who has the power to beat Donald Trump," according to the group's press release.

"Ms. Obama, the most admired woman in America, will be a vital asset this November, when Vice President Biden will face an uphill battle to combat the lies and deceit emanating from the White House," said the statement released Monday. "Her credibility as a trusted leader and a strong symbol of unity within the Democratic Party would certainly help Democrats defeat Republicans up and down the ballot."

Biden committed to choosing a female running mate back in March, and was asked about the possibility of tapping Obama to join him on the Democratic ticket as his vice presidential search gets underway.

While he said he would choose the former first lady "in a heartbeat," the former vice president noted that it was unlikely to happen.

"She's brilliant. She knows the way around. She is a really fine woman. The Obamas are great friends," Biden said in an interview with a CBS Pittsburgh affiliate in late April.

However, said Biden, "I don't think she has any desire to live in the White House again."

The newly formed committee filed as a non-connected PAC on April 26, according to FEC documents, and is not affiliated with Obama or Biden's campaign. The group is backed by Democratic fundraisers including Nadine Hack and Mack Wilbourn, according to Clyde Lederman, a spokesperson for the committee who previously worked for former 2020 presidential candidate Mike Gravel.

Lederman told ABC News that the money the group raises will go toward digital and social media ads, the first of which is expected to be released at the end of this week.

"It's important for the Obamas to start playing a more active role in Biden's campaign," Lederman said, adding that the initiative is intended to "create buzz" to encourage their participation.

Despite Obama's prominence in the committee's name, the group says it plans to "transfer our resolve to whoever joins the ticket to defeat the most dangerous incumbent in the history of our nation."

Biden marked the official start of his vice presidential search last week when he announced the committee that will vet his potential running mates.

Biden said while he expected the search to begin in earnest in May, the vetting to narrow the field down to the finalists will likely stretch into July.

"My guess is it's going to take until sometime in July to narrow it down, and background checks, just to [determine] who's the one, two, three people that may be in the hunt," Biden told late-night host James Corden in April.